Sulphur Springs Mayor John Sellers, known locally for his passion for genealogy and history, this week took during the regular City Council meeting to recognize the significance of the day to Texas and encouraged citizens to join him in celebrating Texas’ historical past.

“It is imperative that the citizens of the great State of Texas make every effort to preserve, protect and promote the diversified and cultural history of our state,” Sellers read from a proclamation recognizing March as Texas History Month. He noted the significance of issuing the proclamation on March 2, 2021, as it marked the 185th anniversary of the signing of Texas Declaration of Independence which created the Republic of Texas.

Sellers noted other things that distinguish Texas are the facts that it is “the only state that was a Republic before joining the Union, the second largest state in land mass and the second largest in population. It occupies about seven percent of the total land and water areas of the United States.”

Other historic notables are the Alamo complex, purchased in the early 20th century by Texas Legislature, with the Alamo chapel designated as the official Texas State Shrine. Alamo Day is celebrated on March 6 annually to commemorate the significance of the shrine.

The Texas Rangers, established in 1826 by Stephen F. Austin as a “unique group of lawmen used to track down outlaws, settle feuds and reconcile land disputes, is another significant note in Texas History. The agency became part of Texas Department of Public Safety in 1935 and continues to stand for law and order in the state today.

Texas is the Lone Star State, named for the single five-point white star on a blue background, with one upper white and one lower red horizontal stipe each. Local governments, including Sulphur Springs City Council and Sulphur Springs Independent School District Board of Trustees, open meetings with an invocation and reciting of the pledges of allegiance to the United States and Texas flags.

Sellers urges all citizens to join him in observing Texas History Month with appropriate ceremonies and activities. 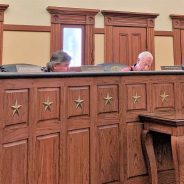 Hopkins County Commissioners during a special court session called Monday, the Commissioners Court acted on a request for a property tax payment refund, accepted a donation and tabled a a contract to obtain new equipment for Precinct 1.

On Feb. 22, the Commissioners Court was asked to consider a request from Carlos Whitaker for the $5,367.16 he paid on someone else’s taxes to be refunded to him.

Hopkins County Tax Assessor/Collector Debbie Pogue Mitchell at the Feb. 22 meeting explained that the county had received a letter requesting the refund.

“Someone had told the man if he paid the taxes, it was going to be his. He didn’t pay Sulphur Springs ISD because they were quite a bit more than ours, but he did pay Hopkins County for three accounts in the amount of $5,367.16. So, they are asking for a refund of that money back to Mr. Whitaker,” Mitchell explained to the Commissioners one week ago.

“I have to do refunds all the time for things from the Appraisal District, but I don’t ever have customers that pay other people’s accounts that come back and ask for a refund. That’s also very unusual,” Mitchell noted.

Precinct 3 Commissioner Wade Bartley pointed out the man did not go through the proper channels regarding the matter and asked why he didn’t go through his attorney to handle that transaction.

“I don’t know,” Mitchell replied to Bartley. “I didn’t wait on him. I don’t know what his intent was. The first story that I was kinda involved with, this man thought his house was built on one of these tracks. It is not, had nothing to do with it. The one acre that his house is on is like three tracts over. I don’t know where he got his information. I have no idea what the man had in his mind.”

Mitchell recommended that the $5,367.16 paid by Whitaker on the other person’s taxes be refunded to him.

Bartley said he’d like to have more time to think about the matter, and made a motion Feb. 22 to table the matter. Precinct 4 Commissioner Joe Price seconded the motion, and the Commissioners Court unanimously agreed to table the request.

Monday, Hopkins County Judge Robert Newsom noted that the commissioners had time a work session last week to take a closer look at the situation and discuss it.

They “un-tabled” the request, with Price making the motion to return the money to Whitaker as requested. Bartley seconded the motion, which then received unanimous approval of the Commissioners Court.

The agenda called for the Commissioners Court to consider approving the purchase of a 2019 Volvo pneumatic roller for Precinct 1 through Buyboard cotnract with Romco Equipment Company. However, at the March 1, 2021 meeting, Barker asked that the request be tabled. He noted that he needed to gather more information regarding the matter. Barker said he had planned to rent the needed equipment, but may still propose something different. He noted the Aulsbrook is checking into the matter for him.

Aulsbrook recommended accepting a donation of $41,538 from Summit Ranch Investments to Precinct 4 for road repairs on County Road 4721, and approving a budget amendment to move that funding from the general fund to the Precinct 4 road building fund to be used to make road repairs on CR 4721.

“I have a gentleman who bought some property down there. He’s wanting to be able to access Interstate 30, so he’s going to pay to have it rocked,” Price said, noting that there’s a house and the intend to add at 1-2 more homes along that stretch.

The court agreed and approved the budget amendment.

The Commissioners Court also approved payment of bills, revenues and expenses, and financial statements are presented. Typically, these items would have been approved at the Feb. 22 meeting. Aulsbrook at that time explained that her office had been off last week due to the weather and asked that the court delay payment and approval of all except payroll for another week to allow time for the necessary work to prepare them. 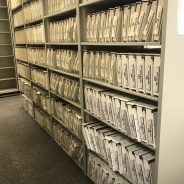 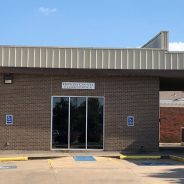 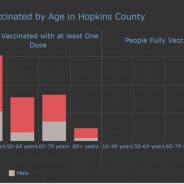 Texas Department of State Health Service and Hopkins County/Sulphur Springs Emergency Management’s Dec. 31 COVID-19 updates showed one new probable COVID-19 cases, six additional recoveries and one additional COVID-19 fatality for Hopkins County. While there were fewer patients in the local COVID unit Thursday the number of COVID-19 hospitalizations in Trauma Service area F hospitals was the highest reported to date. More women than men were reported to have received the vaccine as of Dec. 30, according to the Dec. 31 COVID-19 Vaccinations dashboard.

A probable COVID-19 case is determined when a person either tests positive through an antigen test or has a combination of symptoms and a known exposure to someone with COVID-19 without a more likely diagnosis.

The DSHS Dec. 31 COVID-19 Texas Case Counts dashboard also showed 1,122 confirmed COVID-19 cases on Dec. 31, four less cases than were reported on Dec. 30. DSHS did not indicate the reason for the correction. In the past, when cases have been removed from the case counts it has been due to duplications. That reduces the total number of new confirmed cases to 48 this week and 290 confirmed cases this month.

A confirmed COVID-19 case is one in which an individual receives a positive results through a molecular test that looks for the virus’s genetic material.

Combined, that’s 2,239 total COVID-19 cases reported for Hopkins County since March, including 2,053 people who have recovered from the virus. Six of those recoveries were reported on New Year’s Eve, and 1,359 from Dec. 11 to Dec. 31, although 810 were probable case recoveries added to the total on Dec. 11, when confirmed and probable case recoveries were combined. That’s 6.04 percent of the overall population in Hopkins County who have had COVID-19 cases so far this year.

Overall, that leaves 115 active COVID-19 cases in Hopkins County on Dec. 31, 10 less than were reported Wednesday.

According to the dashboard, 400 doses of Moderna have been received by Hopkins County providers, 100 by the hospital, 200 by medical clinic and 100 a pharmacy.

According to HC/SSEM’s Dec. 31 COVID-19 update, the patient count in the COVID Unit at CHRISTUS Mother Frances Hospital-Sulphur Springs shrunk from 30 patients on Wednesday to 26 patients on Thursday, which is still higher than the 23 COVID-19 positive patients in the COVID unit on Monday and 24 on Tuesday.

COVID-19 hospitalizations across Trauma Service Area F, which encompasses most of Northeast Texas, including Sulphur Springs and CMFH-SS, peaked Dec. 31 at 191 patients. That’s 24 more COVID-19 hospitalizations than were reported Wednesday. In fact, Thursday’s total is the most patients in TSA-F hospitals in one day since the state began tracking the data.

Not surprisingly, as the COVID-19 cases rose so did the overall patients counts across TSA-F, which also reduces the number specialized equipment available at hospitals across the area.

The rise in overall hospital numbers weren’t enough to offset the rise in COVID-19 hospitalizations, which Dec. 31 accounted for 17.05 percent of the total hospital capacity for TSA-F. In fact, TSA-F’s COVID-19 hospitalizations have been at or above the 15 percent threshold established in GA-32 as high hospital capacity for eight of the last nine days, and the last five consecutively. The capacity dipped to 14.95 percent on Dec. 26, after three consecutive days above the 15 percent high capacity threshold, then rose to 15.47 percent Sunday, 17.23 percent on Monday, 15,96 percent Tuesday, 15 Wednesday and was back up to 17.05 percent on Thursday.

HC/SSEM’s Dec. 31 COVID-19 update showed a total of 6,968 molecular COVID-19 tests have been conducted at hte free testing site in Sulphur Springs since it opened on Sept. 25. That means 94 additional tests were performed at the free testing site on Dec. 30, increasing the number conducted in the last three days at 128-A Jefferson Street to 355 and Dec. 1-30 to 2,437.

The free center in Sulphur Springs will be closed New Year’s Day, but will resume weekdays in January from 9 a.m.to 6 p.m. and Saturdays until 5 p.m. at 128-A Jefferson Street.

Online registration is required at www.GoGetTested.com in order to be tested at the free testing center. Testing is open to anyone regardless of address. Even children ages 3 and up can be tested, provided an adults registers and accompanies them to have the oral swab test performed. The Sulphur Springs free testing site is not a drive through location. Testing is conducted inside the building.

Individuals should refrain from eating, drinking or using tobacco products a minimum of 15-20 minutes before or testing will be delayed. Those testing will need to bring a photo ID and the number provided upon registration with them to the test location. Masks must be worn into the testing center. Testing typically takes about 5 minutes.

Two additional resident fatalities were reported at Sulphur Springs nursing facilities, for a total of 47 nursing home residents who have died from COVID-19 from March through Dec. 17, the most recent data available from Texas Health and Human Services.

Sulphur Springs Health and Rehabilitation reported one additional employee had tested positive for COVID-19, giving the facility at total of three active employee cases on Dec. 17.

Sunny Springs Nursing and Rehab on Dec. 17 reported no active cases in either residents or employees.