Lady Cats Coach Jeff Chapman, enjoying Monday night’s bi-district win over Mesquite Poteet, 52-30, said playing Texas High in a seeding game on Friday helped the Lady Cats believe in themselves. Doubts may have crept in after the Lady Cats lost to Texas High by a large margin at home on January 30. It’s almost enough to convert Coach Chapman to a fan of warm up games. Still he said he’s glad the Lady Cats played Texas High last Friday in a game to determine the district’s number one and two seeds.

Coach Chapman agreed a big moment in the bi-district win over Mesquite Poteet Monday occurred in the second quarter when the Lady Cats outscored the Lady Pirates, 17-0. The Lady Cats went from one point down after one quarter to a 16-point lead at the half. Coach Chapman said the Lady Cats cut off a three-point shooter that was having success against them. He noted a Lady Pirates’ post player also had to sit due to fouls. Her backup was unavailable due to a torn ACL.

Next up for the Lady Cats will be a huge challenge in an Area game. Frisco Lone Star is ranked #3 in Class 5A and they have only 3 losses this season. The coaches have decided to play a Thursday game at 7 p.m. but other details of the match up are still being ironed out at last report. 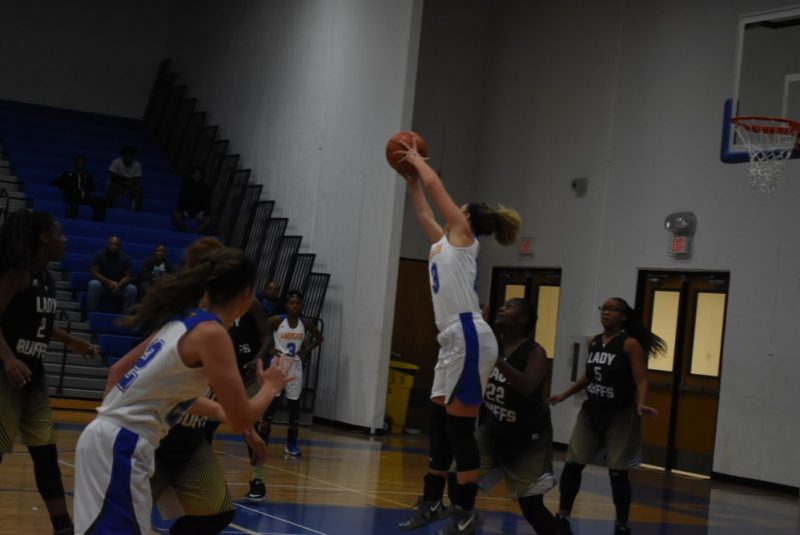