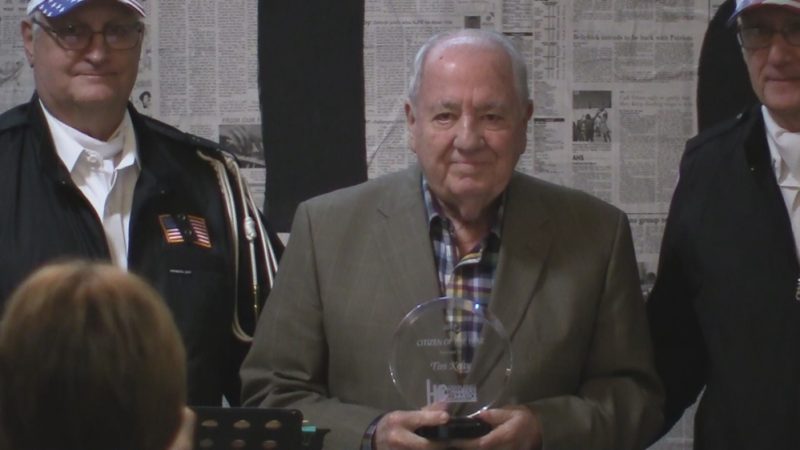 Tim Kelty was named Citizen of the Year and Carolyn McKinney was named Woman of the Year during the 92nd Annual Hopkins County Chamber of Commerce Membership Banquet. The 470 who filled the Exhibit Room at the Hopkins County Civic Center celebrated the accomplishments of several county residents and of the local chamber during the two hour event. With the dd1920’s theme, “Extra! Extra! Read All About It!”, a video highlighting historical moments from the past delighted the crowd. Several community awards were presented.

Chamber President and CEO Lezley Brown said the night was a huge success. “Our goal was to say thank you to all of the Hopkins County Chamber supporters. We can be successful at the Chamber because of the support we receive from the business and citizens of Hopkins County, and we are so thankful for all of them. We loved stepping back in time to the 1920’s and, now that we are back in 2018, we are going to do what we do best—keep moving forward!”

Members of the Military Coalition, last year’s winners, presented the Citizen of the Year Award to Kelty. In presenting t he award, Kelty was called a friend of industry and retail growth in the city. A local realtor, his business development and partnership with others was emphasized. In receiving the award, Kelty revealed that the land purchase by Chic-fil-a has been accomplished. He noted it would be located on Shannon Road by Chili’s. He also noted that Kentucky Fried Chicken would be returning to Sulphur Springs if a few utility problems can be solved. The Citizen of the Year Award is sponsored by Echo Publishing. 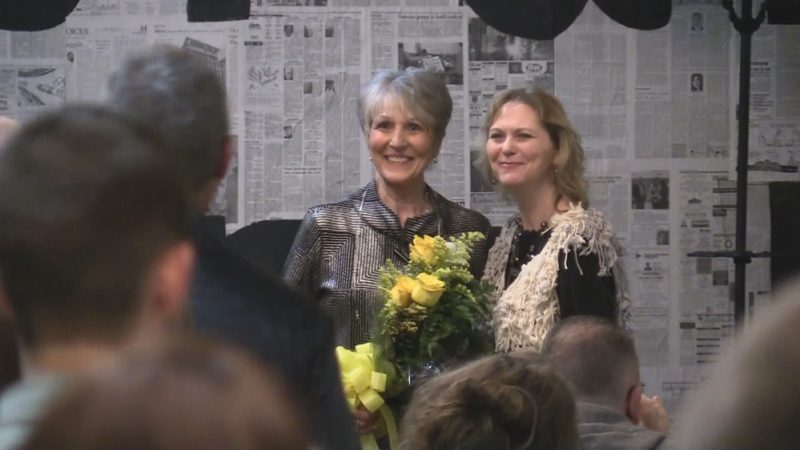 Beta Sigma Phi presented the Woman of the Year Award was presented by Sheila Boyd. In presenting the award to McKinney, her many accomplishments were noted. Her service to the community includes Dairy Festival Board and a number of other organizations. 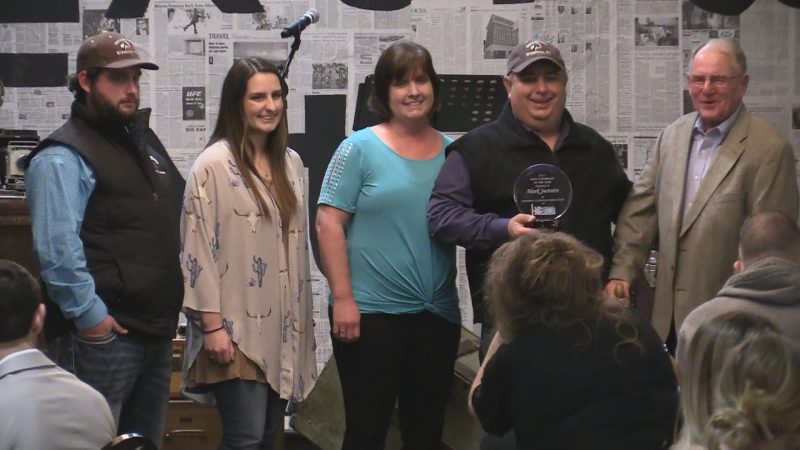 Richelle Johnson was named Cahmber Ambasador of the year.

Cathy Singleton and Sharon Harris received the 1994 Adult Leadership Class sponsored Community Pride Award presented by County Judge Robert Newsom. The two ladies volunteer time and energy as they “seek and save” lost dogs, cats, and other creatures that are lost or looking for a home.

Hopkins County Sheriff Lewis Tatum received the Bobby McDonald Vision Award on behalf of the Sheriff’s Department. The Vision Award recognized the “thinking outside the box” efforts of his department in various areas including the county farm worked by inmates and a number of law enforcement initiatives that benefit the safety of the county. Chamber CEO Brown presented the award.

Music for the event was provided by the Sulphur Springs High School Jazz Band. 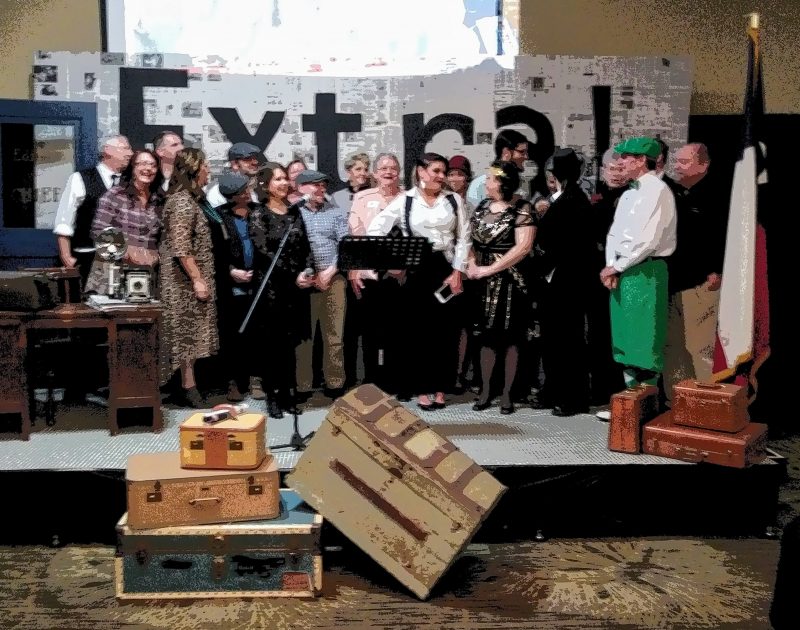