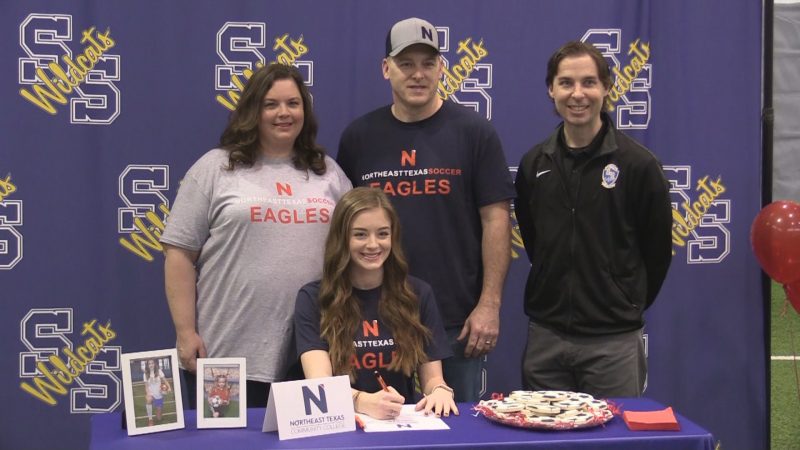 Gracie Boyer, a member of the Lady Cats’ soccer varsity for four years, signed a letter of intent Tuesday morning to play college soccer at Northeast Texas Community College in Mount Pleasant. Boyer said she made initial contact with NETCC through their website.

Boyer said she is undecided on a college major but she said she is considering a business degree. She said she expects to compete for a spot on the team. Boyer said the coaches need to fill an outside forward position. Boyer seems to be improving as a goal scorer. She has 14 goals this season. That’s her most ever for a season.