The proclamation issued by President Donald Trump this morning said; “We pause again to pray for the souls of the heroes who one century ago never returned home after helping restore peace in Europe.” On Memorial Day it is customary for Presidents to honor veterans who died in service to our country.

The Hopkins County Marine Corps League 1357 and American Legion 66 raised the flags at Celebration plaza, at noon today in remembrance of Memorial day. The Flag ceremony began with the raising of the American Flag in the center of the plaza, and continued with flags lining the Veterans memorial. Read more about why the flags were at half-staff click here.

Vice Commandant of the American Legion, James Jones, hinted at a friendly rivalry between the Hopkins county Marine Corp League and themselves by joking, “We come out to see the Marines and to see how it’s supposed to be done.”

It is important to not confuse Memorial day and Veteran’s day.

“[Memorial day is] not a day to say thank you to veterans. We’re honoring those that died. Veteran’s day is November 11th, thank us then.” Marine Corp League member, John Desherow said.

The reason many veterans don’t want to be thanked today, is because today is about the fallen soldiers, not the living ones. Instead pray and remember those that died protecting our country. Members of the Marine Corps League in attendance included:

Larry Vickers-member of one year

Members of the American Legion in attendance included: 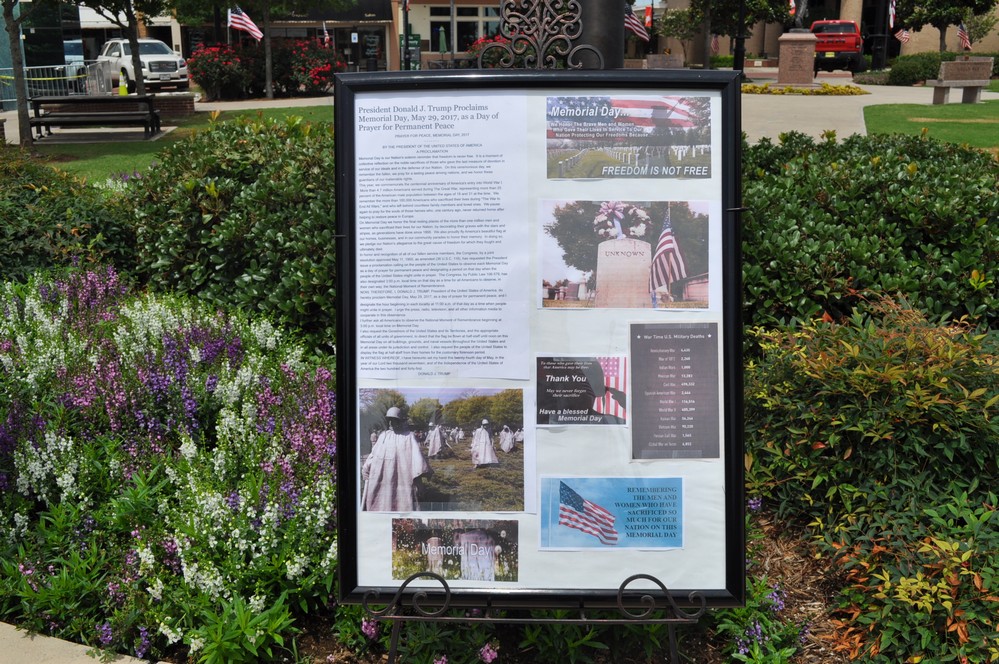 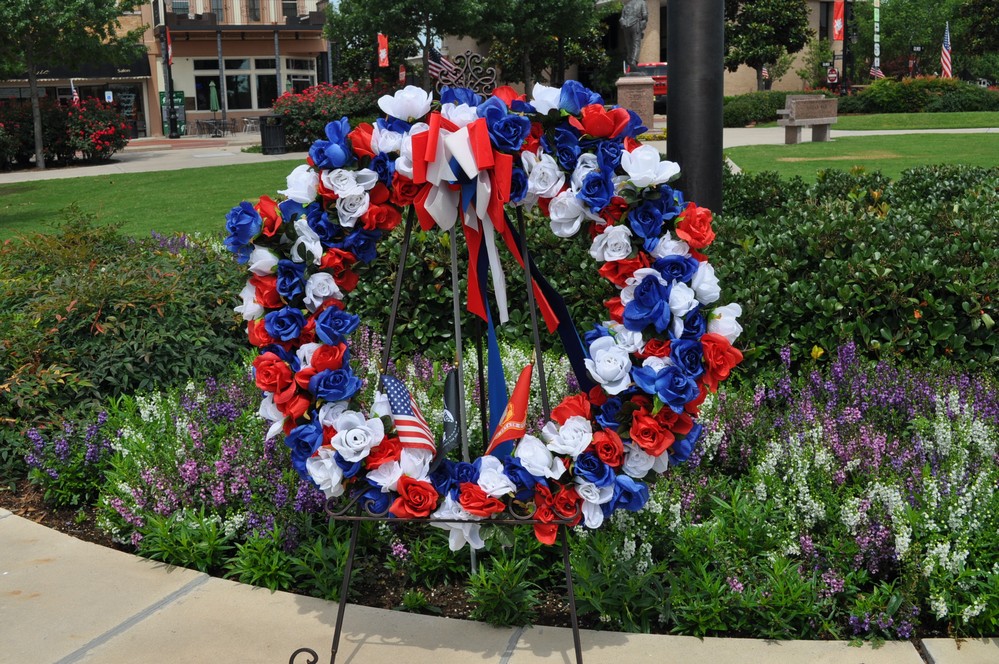 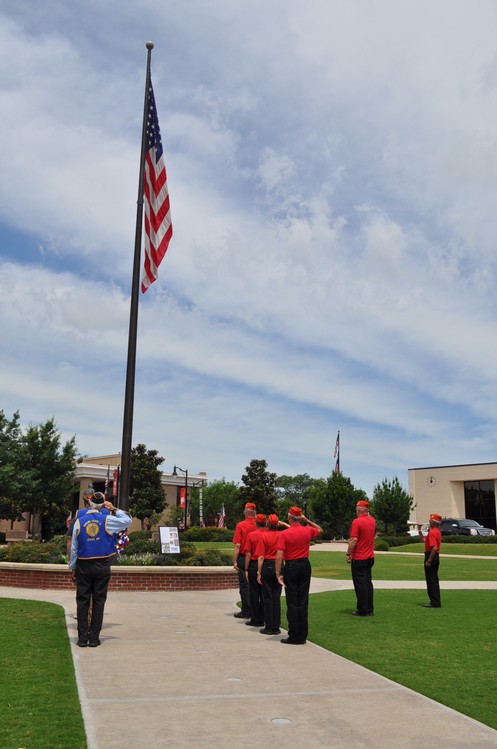 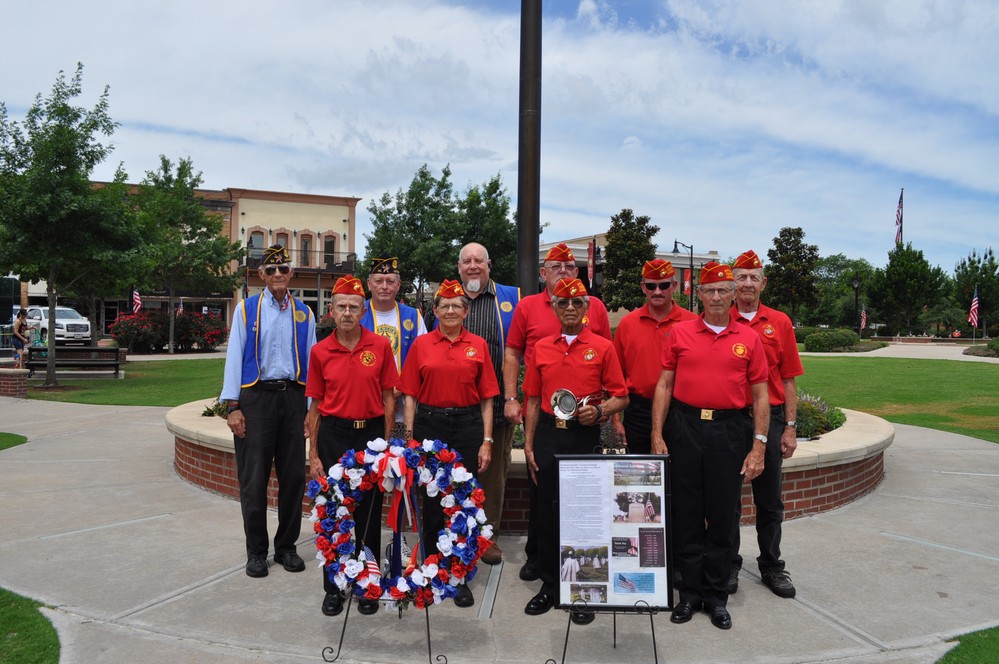 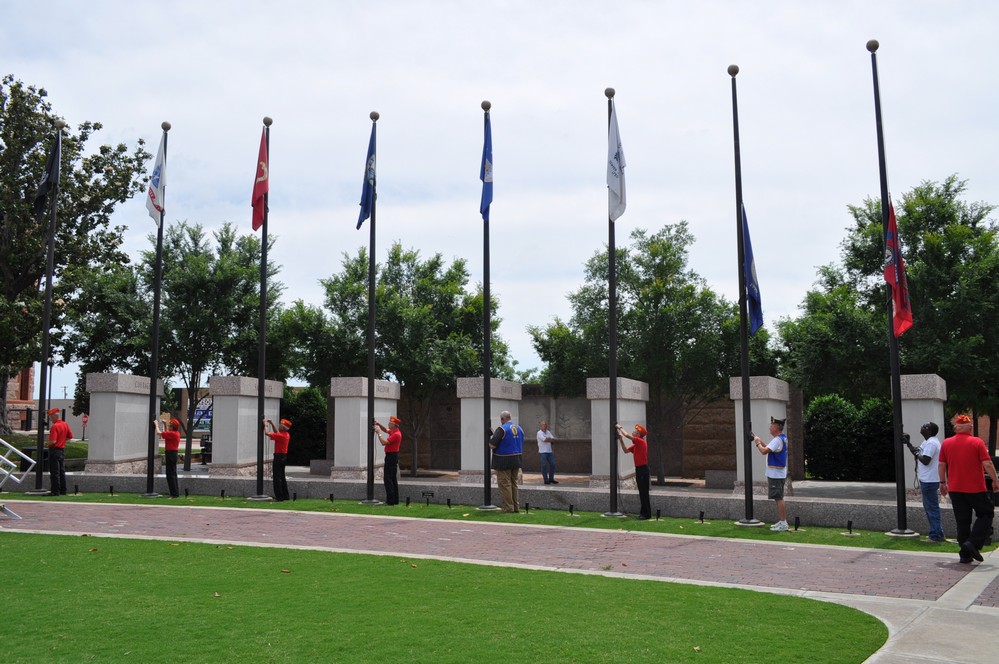 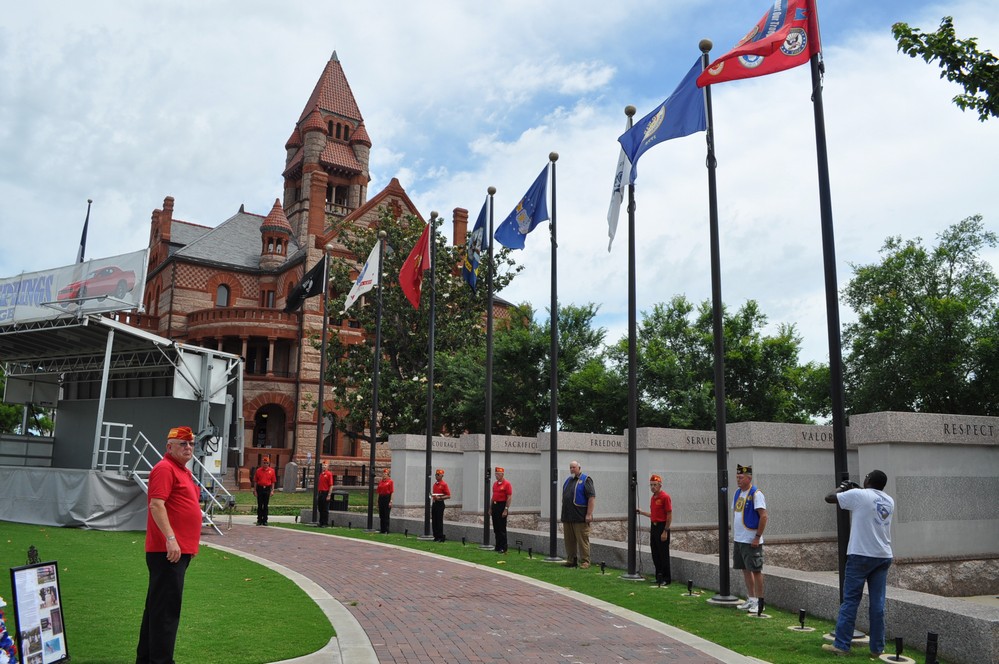