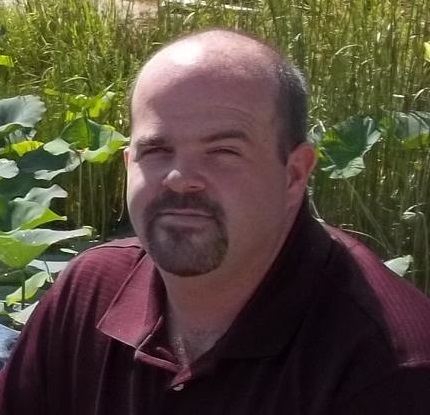 Former Cumby ISD Math Teacher Lucus Ray Hill, 39, was sentenced to 405 months (33 years, 9 months) in Federal Prison Friday morning, August 19, 2016. He was found guilty of enticement of a minor. He will also serve five years supervised release when he leaves prison after serving the day-for-day sentence. According to Lewis Tatum, Chief Criminal Investigator and Sheriff-elect for Hopkins County, the sentence is the maximum allowed by federal law guidelines.

Tatum stated that he hoped this sends a message to others who would steal an identity and establish a fake social media account which would be used to exploit children including the requesting of and solicitation of child pornography. Tatum reminds parents “… to be nosy when it comes to their children and social media.”

On May 30, 2015, Hill was arrested for impersonation—name and persona to create a page—and for possession of child pornography. Hill, 38, was accused of stealing an identity and establishing a fake social media account which he used to exploit children including the requesting of and soliciting of child pornography. He had maintained a large library of pages and pictures in the social media account. Corley Weatherford, Sergeant with the Hopkins County Sheriff’s office, working with the Internet Crimes Against Children and Amanda Weatherford of the Sulphur Springs Police Department, led the investigation. Accompanied by investigators from the Hopkins County Sheriff’s office and ICAC, Weatherford served warrants on Hill on the morning of May 30th following graduation exercises at Cumby High School. At that time, law enforcement seized numerous electronic devices used to obtain child pornography photos.

At the time of the arrest, Weatherford told KSST news that the investigation would be ongoing for some time due to the nature of the crime and the enormous amount of information obtained in this arrest. Weatherford and ICAC had monitored the fake social media account for some time to gather the mountain of evidence that led to the arrest. Weatherford had said that the Hopkins County Sheriff’s office and the Sulphur Springs Police Department are the only law enforcement agencies in the Northeast Texas area working with ICAC. He said that the Dallas Police Department leads the group of law enforcement agencies that form ICAC in the North Texas area.

In a press conference Tuesday morning, July 21, 2015, U.S. Attorney John M. Bales announced that Hill has been charged with child exploitation by producing child pornography, enticing and coercing a minor, and transferring obscene matter to a child younger than 16 years of age. In a hearing before U S Magistrate Judge Don D. Bush, the indictment against Hill was unsealed. According to the indictment and information presented to the court, Hill created a Facebook page using the fictitious name “Aaron Cage”.