The Sulphur Springs FAA team traveled to Mt Vernon High School for the Paris District FFA Convention. Savannah Allen presided over the Convention as the District President. A total of eleven FFA members went, and five served as voting delegates with the responsibility of electing District and Area Officers as well as choosing the talent team to advance to area contest. Savannah Allen also ran for Area 6 FFA Officer. In order to earn a spot as an Area officer she had to complete a test, interview, give a speech, as well as recieve votes from Paris District Delegates. Savannah was elected to serve as one of the two Area Officers from Paris District. She will represent over 13,000 students over the next year as an Area officer. In addition she will be competing for Area President February 24th at the Area Convention. 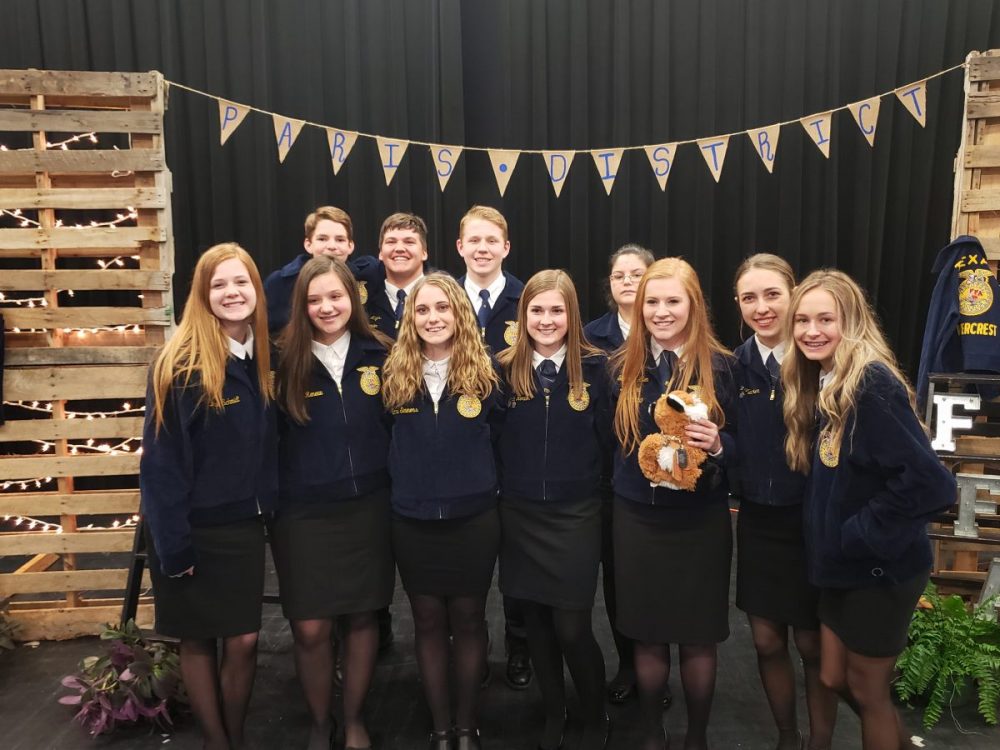 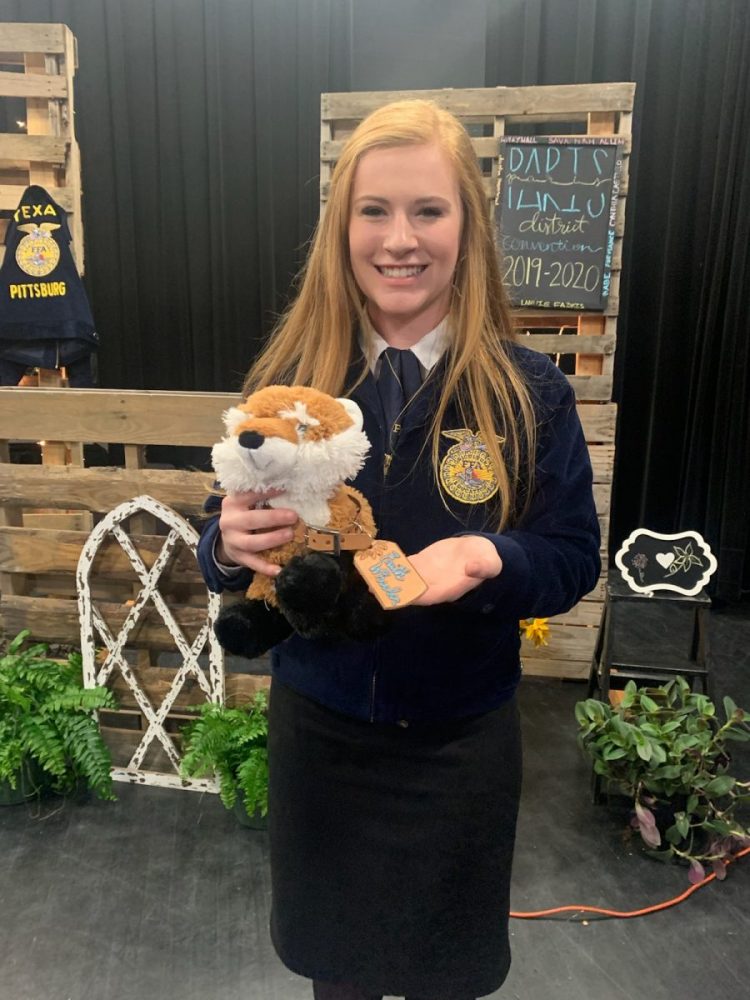 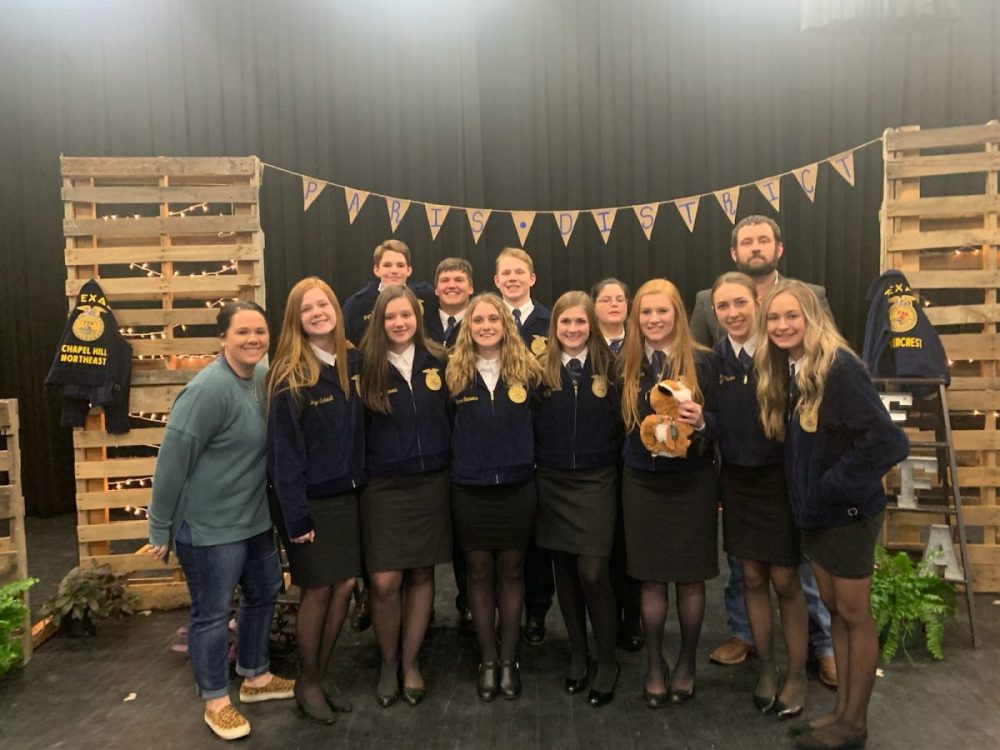