The Wildcats’ baseball team lost their first district game of the season as they were defeated 2-1 in Hallsville Monday night. The Bobcats end the first half of district play at 6-0 while the Wildcats slip to 5-1.

The Wildcats scored their lone run in the top of the first as Ryan Humphries hit a sacrifice fly that scored Austin Dodd. The Bobcats evened the score with a run in the bottom of the first. Hallsville scored the go ahead run in the bottom of the third and that’s the way it ended, Hallsville 2 and the Wildcats 1. Pacen Edwards took the hard luck loss but pitched well going five innings allowing 2 runs but only 1 earned on 8 hits. He struck out 5. Jaxon Chaney threw a scoreless sixth inning giving up only a single hit. The Wildcats had 6 hits. Chaney had two hits with a triple. Collecting one single apiece were Dodd, Kaden Argenbright, Humphries and Gavin Millsap.

The Wildcats season record is now 12-8. The loss ended the Wildcats’ nine game winning streak. The Wildcats will attempt to get back in the win column with a district game at Pine Tree Friday night. 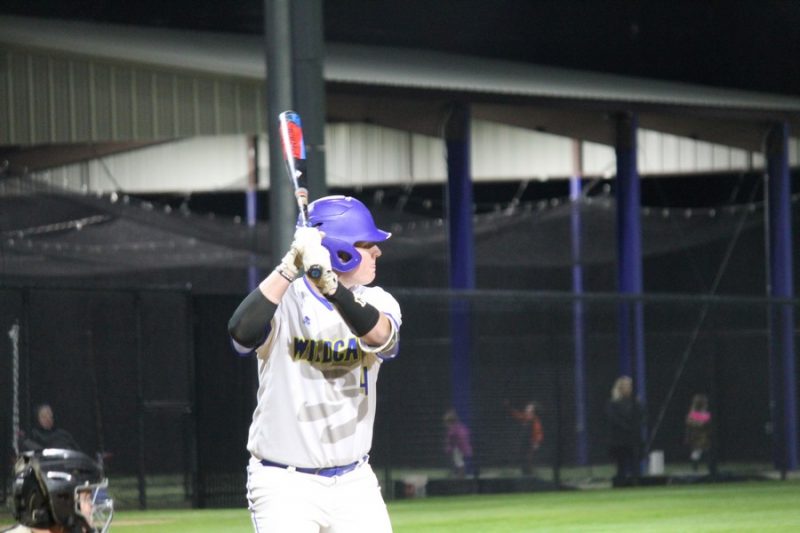