After a slow start, the Wildcats’ baseball took over their game with Greenville in the middle innings to register an 8-2 win Thursday evening (March 29) in Greenville. The game was moved from Sulphur Springs to Greenville Thursday due to wet grounds at new Wildcat Park.

Kamren Harrison had a big night at the plate going 2 for 3 with an RBI, a run scored, a walk and a double. Humphries was 2-4 with 2 RBIs. Argenbright was 2 for 4 with a run scored and 2 RBIs. Dodd, Dawson Draper and Armstrong all had an RBI.

Triston McCormick got the pitching win going all seven innings allowing only 2 runs on 7 hits with 8 strikeouts and only 1 walk. The Wildcats improved to 4-0 in district play. They are 11-7 for the season and they have won 8 straight games.

The Wildcats play next on Good Friday at 2 p.m. in Mount Pleasant. The game was moved to Friday after rain outs on Tuesday and Wednesday. Left unanswered was why the game was not played on Monday, like softball did, before the rains came for two days after that. 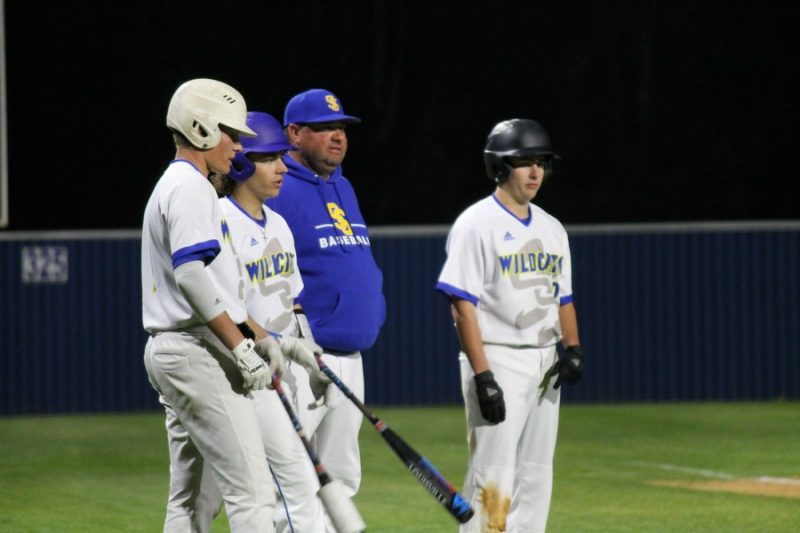