STREET IMPROVEMENT PROGRAM – A portion of Gossett Lane has been repaved as planned.  Junell Street has been milled and is awaiting asphalt paving.  Milling is ongoing on Beth, Rasure and Rose Streets.  Calvert Street will be milled and repaved during spring break.

We will probably forego the planned reconstruction in the Woodside addition in favor of reconstructing the portion of Woodbridge Drive that crosses between the two ponds.  The street is beginning to fail.  We think that the culvert between the ponds is failing which in turn is causing the street failure.  I am in discussions with the homeowners association on this issue.  The responsibility for the culvert will be theirs, while responsibility for the street is the city’s.

WASTEWATER TREATMENT PLANT – The work at the wastewater treatment plant is on schedule.  The three primary clarifier basins have been constructed, and the effluent troughs are being constructed now.  Other concrete structures adjacent to the clarifiers are under construction.  This portion of the project will continue through summer.  We will bring the new clarifiers online before work begins on other apparatuses downstream in the treatment process. 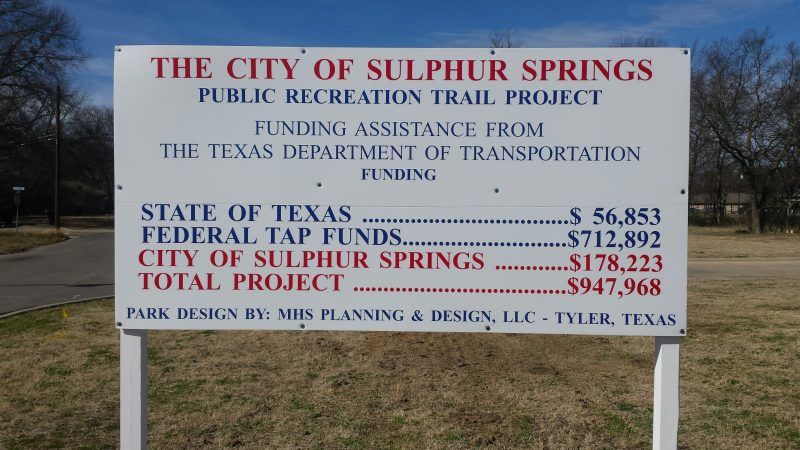 CROSSTOWN TRAIL – Construction of the Crosstown Trail in ongoing.  This grant-funded project will connect Buford Park to Coleman Park as well as the high school/civic center complex with a concrete path.  It will also replace the sidewalk on the north side of Connally Street.

CLAIMS – We did not have any liability claims in January.  We had one minor workers’ compensation claim in January.

REVENUES AND EXPENDITURES – Budget Analyst Lesa Smith will give a year-to-date report of revenues and expenditures.