Line Up for the Lions Club 10th Annual Lighted Christmas Parade on Dec. 1

John Campbell, a member of the local Lions Club chapter, stopped in for a chat with Enola Gay on the KSST Morning Show about the annual Lighted Christmas Parade on Friday December 1. 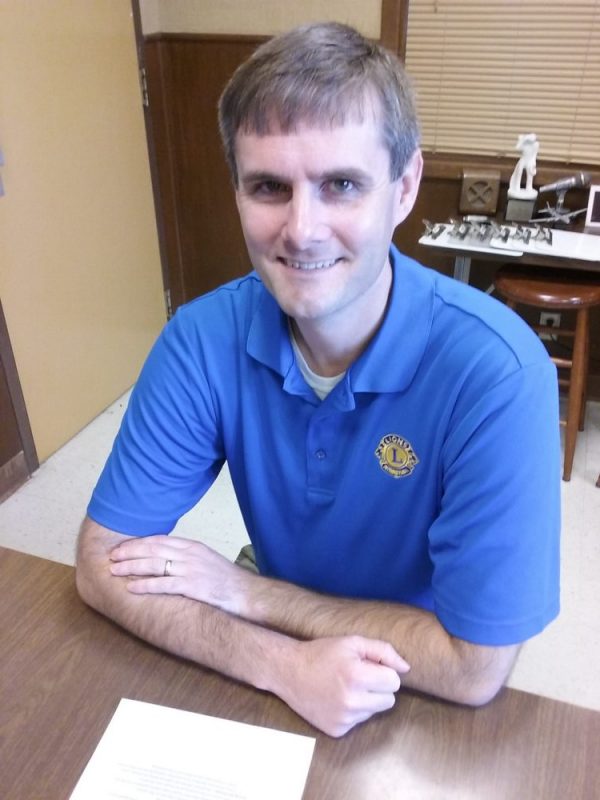 John Campbell, loan officer with Alliance Bank, is also a member of the Sulphur Springs Lions Club and organizer if the annual Lighted Christmas Parade.

Since it’s formation in 1937, the Sulphur Springs Lions Club has been a community leader and a long-time sponsor of the town’s Christmas parade. Ten years ago, the night-time lighted parade idea became a big hit with the local public which seemingly gets “into the Christmas spirit” when they see the red-suited Santa Claus and Mrs. Claus waving at the crowds from their well-lit float. Parade-goers line the special parade route which begins and ends at the same place, Buford Park. The route covers Connally Street east to Celebration Plaza along the front of Alliance Bank, then heading north on Church Street, then back west on Houston Street. This year, a play-off game has reserved Gerald Prim Stadium, so expect extra vehicles parked in Buford Park and on the stadium parking lot.

If you wish to enter a float in the parade, just fill out a simple application form at any sponsor location: Carriage House Manor, Alliance Bank, City National Bank, Farmer’s Electric Co-op, Brian Toliver Ford, Jay Hodge Chevrolet or at the Hopkins County Chamber of  Commerce office. The only fee to enter a float in the parade is a new, unwrapped toy for the Blue Santa drive.  Parade-goers are also encouraged to assist in the drive by bringing new, unwrapped toys to the parade to be handed up as the Blue Santa float passes by.

Winning floats will be selected from Large Business, Small Business and Non-Profit categories.  First, second and third places will be awarded to winners at the next Lions Club weekly meeting on Tuesday December 5 at noon at Pizza Inn, and the Large Business Trophy will be conferred at that time. Carriage House Manor is the presenting sponsor of the parade for 2017.

Also planned for downtown previous to the start of the parade is the Lighting of the Community Christmas Tree on Celebration Plaza at 5:30 pm, hosted by the Downtown Business Alliance. The Snow Slide and White Tigers will be added attractions for families on the night of Friday, December 1, 2017.

For information on the Lions Club Christmas Parade, contact John Campbell at 904-439-6734 or other Lions Club members.