Wildcat Football Coordinators Set Sights on Texas High; A Look Back at Marshall

Wildcats Defensive Coordinator Triston Abron said the Marshall game last Friday was a tale of two halves. A familiar problem arose for the Wildcats defense: giving up the big play. Coach Abron said he was pleased that the defense held the Mavs to a field goal after a 15-play opening drive. Included was a fake punt that kept the drive alive. He referred to the biggest play of the night for Marshall as “the play”. Mavs quarterback J.J Green scrambled from one side of the field to the other and then found a wide open receiver on the other side of the field near the goal line for a touchdown. Coach Abron said the play was like a knife that deflated the Wildcats defense and he admitted they had a hard time recovering. He said except for the two long quarterback runs for scores, he thought the Wildcats front seven did a good job containing the Marshall running game. On all the big plays, Coach Abron said the Wildcats had players in position to make tackles but did not do so. He was pleased with linebacker Jaxon Reneau’s interception and with linebacker Cason Churchman’s caused fumble and recovery. Coach Abron said the defense needs to play a complete game so the Wildcats can end up ahead on the scoreboard. Concerning the Texas High offense, Coach Abron started by talking about their talented receivers. None more so than Tevailance Hunt. Coach Abron is very worried with how well they run slant passes. He said Texas High has a good running back that does a good job of hitting holes. Coach Abron said big quarterback Coltin Clack reminds him of the big Pine Tree player who sometime runs from the quarterback position. The Wildcats base out of a 3-4 defense and Coach Abron said it has been difficult preparing for Texas High this week because in all their games so far this season, they have faced even 4-3 looks. Coach Abron also gave a lot of credit to Texas High players and their coaching staff for the way they have dealt with an awful situation where a Tiger player died in his sleep earlier this year. Leonard Parks, a senior defensive end committed to SMU, passed away September 2. 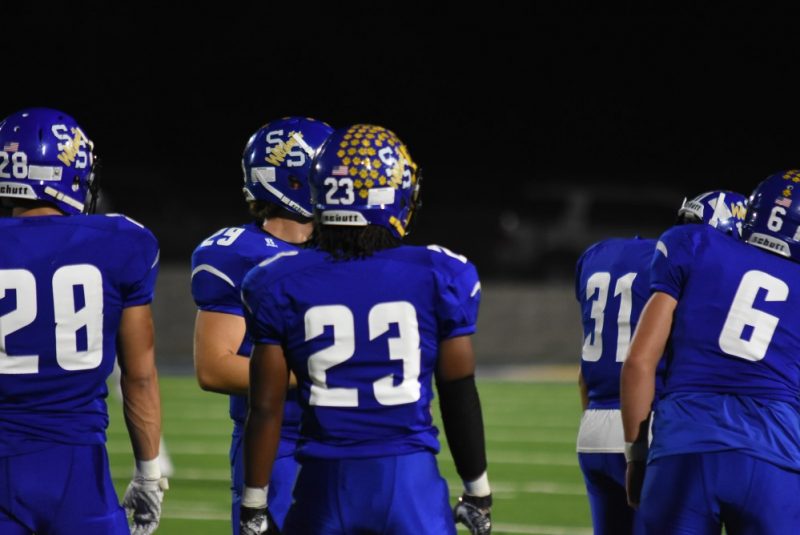