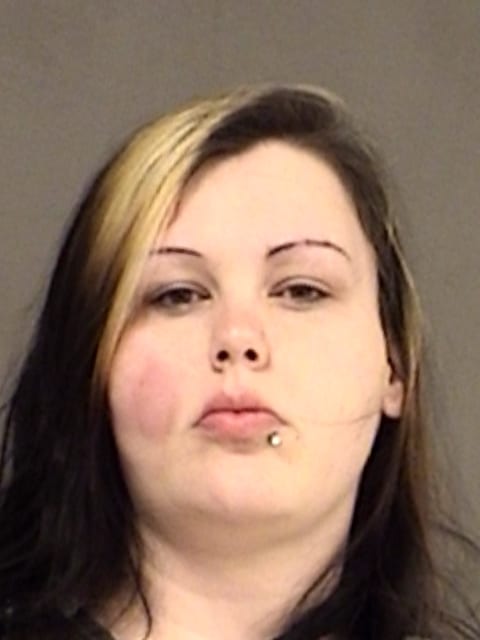 Keri Amanda Crump, 28, of Sulphur Springs was the driver and sole occupant of a vehicle that had been involved in a single vehicle crash that occurred on I-30 eastbound at the 111-mile marker. Crump admitted to deputies at the scene she had smoked PCP just prior to the crash.

When arrested by DPS on Airport Road Sunday around 6 p.m., she also admitted to the trooper that she was under the influence of PCP. She also admitted backing out while driving after smoking the PCP. In a search of the vehicle, three cigar type cigarettes were found. They appeared to be moist which was consistent with being dipped in liquid PCP, according to the arresting officer. A small vial of suspected PCP was found secreted in a cigarette package. She was taken to CHRISTUS Mother Frances Hospital-Sulphur Springs and then to Hopkins County Jail.

She is in Hopkins County Jail charged with a state jail felony—Possession of a Controlled Substance Penalty Group 1, less than 1-gram.