Just wrapping up is Hoop Dreams, a basketball camp for youngsters with brain-related disorders. This is the Pilot’s 10th year to host the series of games. In 2007, the project began with only 7 players and it has grown to 32 players this year. Members of the local Lions Club served as coaches, members of Teen Court served as buddies and SS Middle and High School cheerleaders served on spirit squads during the February games.

The Caregiver of the Year Award is an annual recognition given by the Pilot Club to an individual who donates their time and efforts for the welfare of another person suffering from a brain-related disease or injury. Recipients are selected from nominations received the public. The 2017 Caregiver of the Year is Christine Morris, who in 1999 brought her 95-year-old mother, Corrine Snow, home to live out her life near family and provided care until her mother’s death at the age of 112. Despite advancing age and her own growing health concerns, Christine unfailingly served her mother for 17 years as nurse, chef, housekeeper, beautician, shopper and driver. She also became personal secretary when her mother became Texas’ oldest citizen, always making it possible for her mother to be presentable to attend functions, meet people and be photographed and interviewed. At the time she passed away in 2016, Christine’s “patient” was the oldest person in Texas, the 45th oldest in the U.S. and on record as one of the oldest in the world. In the Pilot Club’s letter of nomination received from a great-granddaughter, Christine was described as “a hero”. The award was given during the Hopkins County Chamber of Commerce Banquet on February 16, 2017.

The annual Pilot Club fundraiser will be Spring Brunch on Saturday morning March 4, featuring Branson-style musician/Christian comedian Robert Burkhart. Tickets are $20 to attend the event at League Street Church of Christ Fellowship Hall from 10am til noon. Tickets can be purchased from any Pilot Club member or at the door. There will be a $500 door prize and other items.

Several other Pilot Club projects are planned during 2017. Pilot Club is an International organization with chapters all over the U.S. and in several countries. The local club has about 25 members currently and is seeking others. To find out about becoming a member or for information on club projects, you can contact Jane Goldsmith at 903-348-5099 or phone 903-243-0979. 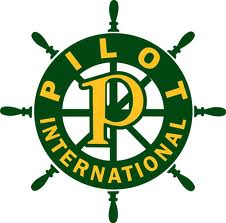