Thanks to everyone who made the 2017  KSST Nice People Awards so memorable. Following a long KSST Valentine season tradition, the Nice People Awards was held during the Morning Show with Enola Gay February 7-14.  Each morning, a box of Whitman’s chocolates provided by Walgreen’s was awarded to two different “nice people” selected from nominations received here at KSST. Although the candy is a delicious thank you, the most gratifying part of the annual feature is finding out about the kind and caring acts done from the heart by local individuals in their neighborhoods, schools and community.

THANKS TO EVERYONE WHO MADE NOMINATIONS! 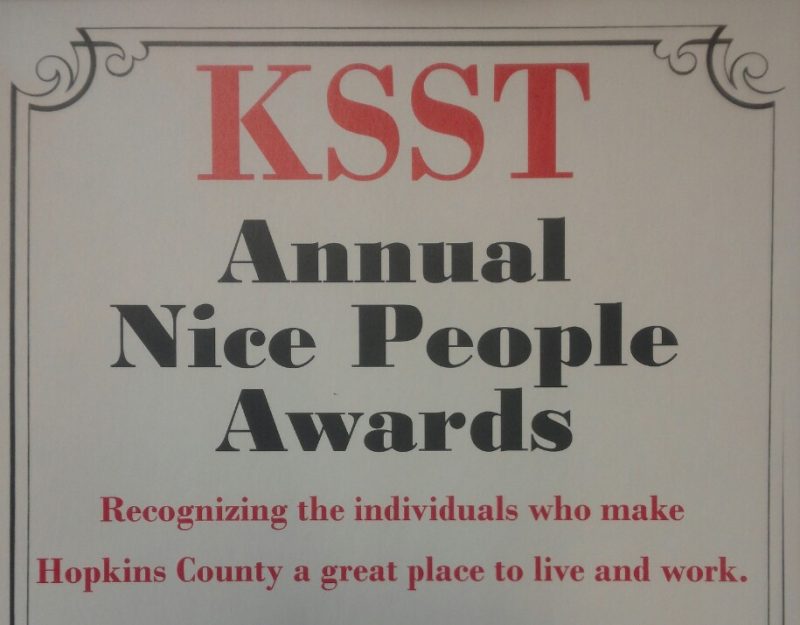