Wildcats Arrive For Meal Before Game 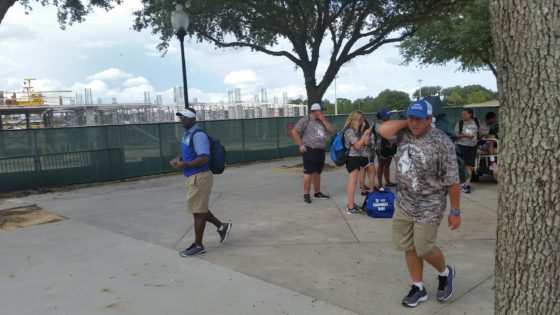 Wildcats varsity and coaching staff arrived for their team meal at the ESPN Wide World of Sports event center at 4:30 p.m. Friday prior to the 8 p.m. Eastern, 7 p.m. Central time kick-off against Seminole Ridge Hawks in a game to be heard on KSST Radio and KSSTradio.com stream. 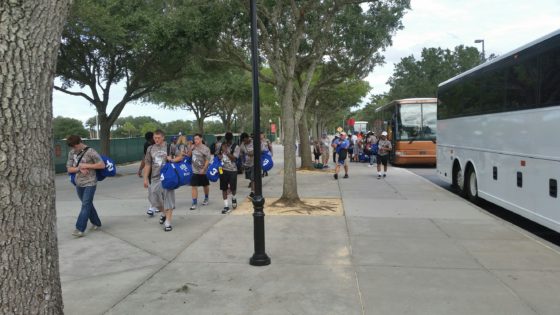 The team road KSA chartered buses from their hotel to the sports center and proceeded to an area behind home plate  of the baseball venue where the Atlanta Braves conduct spring training. Tables draped in black and black chairs awaited their arrival for the pasta meal.

Players were focused on the game as they made their way to their meal. Three players, who are on crutches were conveyed to the meal by KSA staff. Players had earned their way to the event by fundraisers and work during the summer.

Parents of the players and Wildcat fans who traveled with the team will be treated to a  tailgate  party in a banquet room behind the second level seating. 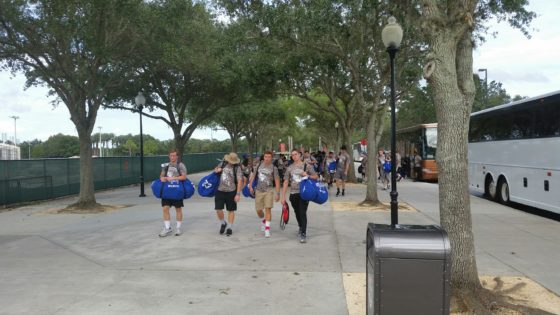