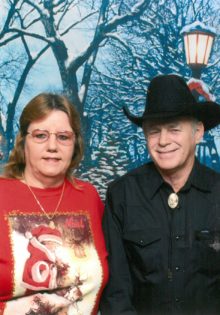 Mr. Springer passed away Wednesday, September 14, 2016 at his residence. He was born July 9, 1944 in Sulphur Springs, the son of Howard Paul and Olcie Etta (Scott) Springer. He married Rosemary Boone, on June 19, 1995 in Dogwood City, Texas. Jimmy served in the U.S. Navy, having served in Vietnam. He was a retired glass glazier and a member of the Baptist faith.

He is preceded in death by one son, Jeffery Norris Springer; daughter, Jennifer Yarbrough; his parents; two brothers, Larry Paul Springer and Steve Reon Springer; and his sister, Donna Wilhite.