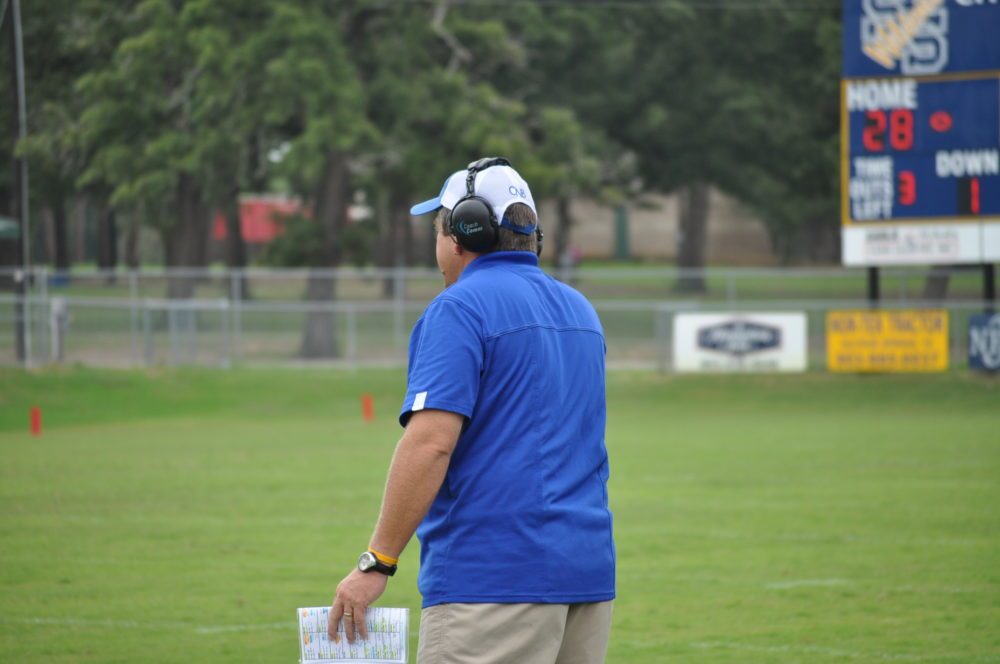 After a scrimmage against Liberty-Eylau Friday, which saw the Wildcats score four times against the highly rated Class 4A team, and with the Wildcats’ season opener coming up Friday night at 7:30 p.m. at Gerald Prim Stadium against Sherman, Wildcats Offensive Coordinator Matt Young says he is pleased where his offense is right now. He adds obviously there are still a lot of things to improve on. Coach Young says it was good to see the offense scrimmage a quality opponent like L-E. He says they are as fast and physical as anyone the Wildcats may see. Coach Young says when the team scored points last Friday, they had to execute and do things right. When they didn’t, they ended up punting. He says some 20 to 25 players can end up helping out on offense. Coach Young says quarterback Ryan Humphries made a couple of good plays out of the pocket. Receiver Simeon Taylor caught the ball well with three TD grabs and another catch that set up a score. Coach Young says he was pleased with the running backs, Jaylon Hawkins, Lawrence Worth, who scored a touchdown, Searn Rodgers and Cason Goodson. He says he also found some depth in the offensive line for the five starters. Coach Young says the strength of the Sherman defense is their big defensive line. It should be quite a battle up front since Coach Young says the Wildcats may be bigger than at any time he’s been here. The middle three go 315 pounds, 280 pounds and 320 pounds with tackles adding 240 pounds and 230 pounds. 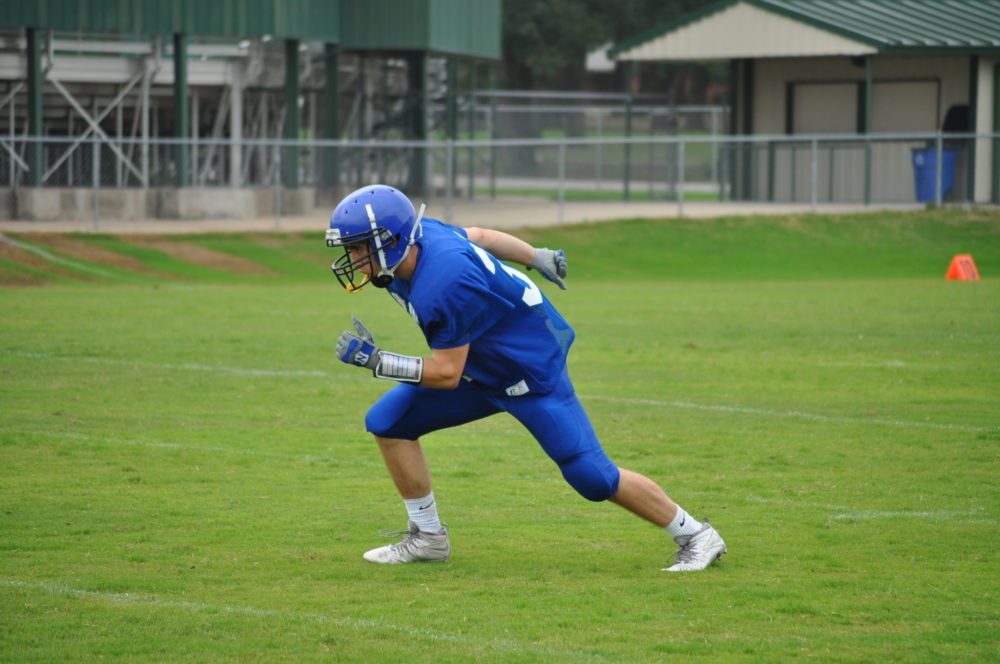 Regarding the defense, Wildcats Defensive Coordinator Triston Abron was not real pleased with his team’s scrimmage against Liberty-Eylau Friday at Prim Stadium. He said some of his younger players were wide-eyed at the beginning and their mistakes led to Leopard touchdowns. Coach Abron was more pleased with the play of his veteran players. He was told that of the seven L-E touchdowns, only two came against his veteran defense. Coach Abron said one positive so far is that all of the Wildcats’ defensive scheme has been introduced to the players. He also called the Leopards an unbelievably athletic team. Concerning the Sherman offense the Wildcats defense will face Friday night, Coach Abron said he’s not real sure what to expect. The Bearcats have a new head coach, J.D. Martinez, a former offensive coordinator at Flower Mound Marcus. He’s brought along a new offensive coordinator and a whole new staff. The Wildcats did scout the Sherman scrimmage at Kennedale last Friday and they have a video of it. Coach Abron said Sherman has a large running back, a three-year starter at quarterback and receivers who do a good job of catching the ball. Coach Abron said he was impressed with the Bearcats’ quarterback and his poise as he faced a relentless Kennedale pass rush. He said the quarterback also threw the ball very well. Coach Abron said Sherman would present a challenge for the Wildcats’ defense.