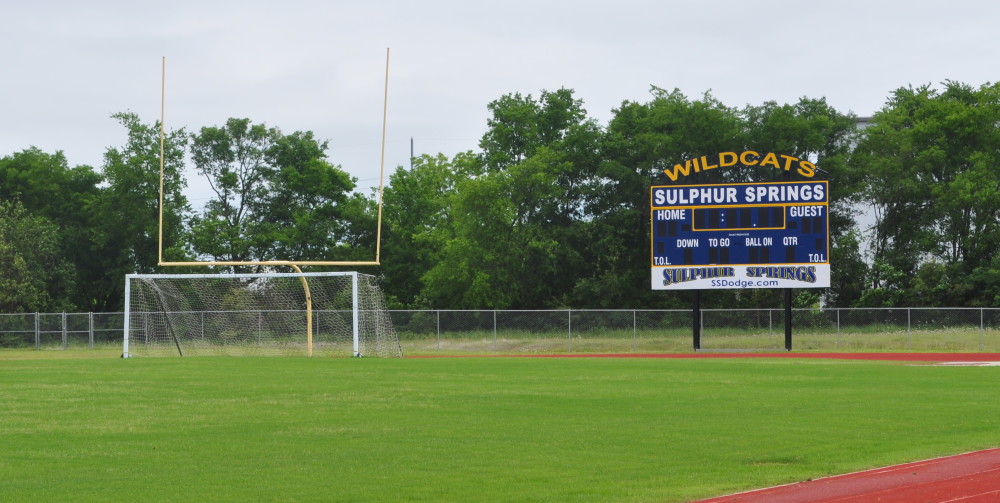 Two camps will be offered next week. Wildcats Baseball Coach Jerrod Hammack will offer baseball hitting camps Monday through Wednesday mornings in the Multipurpose Building. One camp is for youngsters entering first through the third grades and there is another for children entering fourth through the ninth grades. Cost is $50 each.

Lady Cats Softball Coach David Carrillo’s softball camps take place Tuesday through Thursday afternoons in the Multipurpose Building. One softball camp is for girls entering second through fifth grades and another for those entering sixth through the ninth grades. These camps also costs $50.

Lady Cats Basketball Coach Jeff Chapman is having girls basketball camp June 20-23, mornings in the high school gym. The camp is designed for girls entering fourth through the ninth grades. Cost of this camp is $40.

A combined boys and girls soccer camp is scheduled for June 27-30 from 6 p.m. until 8 p.m. each day in the Multipurpose Building. Wildcats Soccer Coach Nicky Wiggins and Lady Cats Soccer Coach Jesus DeLeon will be instructors. It’s designed for students entering kindergarten through twelfth grades. Cost of the camp is $55.

New Lady Cats Volleyball Coach Justin Maness, a former coach at Paris Junior College, will have his volleyball camps June 27-29 in the high school gym. One for entering fourth through seventh graders will take place mornings and one for entering eighth and ninth grade girls is scheduled for afternoons. Cost of each is $50.

Wildcats Basketball Coach Clark Cipoletta will be offering three separate boys basketball camps July 11-14 in the high school gym. One camp for boys kindergarten through fifth grades is scheduled for mornings. Camps for those entering sixth through the eight grades and those entering the ninth grade will take place afternoons. Two of the camps costs $50 and the ninth grade camp is $35.

Wildcats Football Coach Greg Owens’ Wildcat Football Camp for boys entering third through the eight grades is scheduled July 26-28. The camp will take place mornings. Cost is $45. There will also be a separate Freshman Football camp July 26-28. It’s only for SSISD students and cost is $20.

Wildcats Athletic Director Greg Owens says camp forms are available on the SSISD website at www.ssisd.net. Campers can also be brought to camp sites on camp day to get signed up.