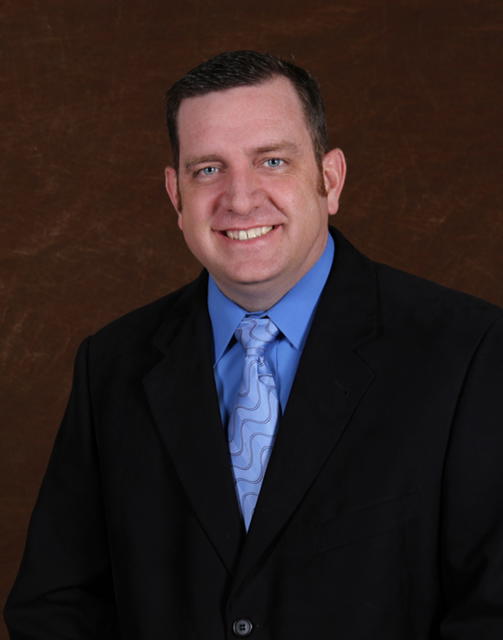 North Hopkins Schools issued a press release Friday in support of Superintendent lone finalist Dr. Darin Jolly. Sulphur Springs Superintendent Michael Lamb also spoke to KSST News in support of Jolly’s appointment. In a previous story (find here), a question had been raised regarding an issue raised in the Kenedy ISD where Jolly previously served. Allen Joslin told KSST News Thursday that the incident had been checked out by the NHISD board and that they were satisfied with the information they had received.

Below is the press released issued Friday just prior to noon by the NHISD from the office of current Superintendent Donna George.

The North Hopkins Independent School District Board of Trustees, at its May 11, 2016 meeting, named East Texas native Dr. Darin Jolly, as finalist for superintendent. By law, the Board must wait 21 days before voting to hire Dr. Jolly. Jolly is slated to replace retiring Superintendent Donna George.

In April, the Board hired Texas Association of School Boards (TASB) Executive Search Services to direct the search for superintendent. TASB consultants met with staff and community groups to discuss desired characteristics of the new superintendent. The profile developed from these meetings was the yardstick used by the Board and consultants in evaluating the applicants for the position. On May 11, the NHISD Board determined that Jolly fits the profile for NHISD’s continued progress and future successes.

According to NHISD Board President, Allen Joslin, out of a pool of fifty-five applicants, the Board carefully screened and selected six applicants for initial interviews. Three applicants were further vetted and invited back for a second interview. Joslin stated, “With twenty-one years in education, Darin Jolly brings a set of leadership skills that is broad and extensive. Having served as a superintendent, high school principal, junior high school principal, assistant principal, director of fine arts, and classroom teacher.  Dr. Jolly’s schools, campuses, organizations and ensembles have consistently demonstrated growth and improvement under his influence throughout his career.” Joslin continued, “Darin Jolly brings many essential aspects in many different areas that will contribute to the school district and we are excited about his willingness to lead our school district.”

Jolly began his educator career in 1995 as an assistant band director in Palestine at his Alma Mater Westwood ISD, served as director of bands in Elkhart ISD (1996-2000), Coleman ISD (2000-2001), and Mabank ISD (2001-2005). As a band director, Jolly was an active UIL adjudicator and clinician, providing workshops and leadership camps for bands nationwide. Following ten years of teaching, Jolly continued in Mabank ISD to begin his administrative career as Assistant Principal (2005-2007) and Junior High Principal (2007-2013). While at Mabank, the district academically improved from “Acceptable” to “Recognized” and then to “Exemplary” by TEA in 2010. Jolly has also served as High School Principal in Winona ISD (2013-2015), and Superintendent in Kenedy ISD (2015-2016).

As Superintendent at Kenedy ISD, he led the 800 student school district to provide more access and equity for students by establishing more dual credit and CTE opportunities for students through Coastal Bend Community College. Realizing state sources are limited in today’s environment, Jolly was in the process of establishing the district’s education foundation to impact teachers and students locally. During his experience in Kenedy, Jolly sought improvement of cafeteria food service and oversaw an 18 million dollar secondary school construction project.

Despite substantial progress and school improvement efforts in Kenedy under his tenure, Dr. Jolly resigned from his position in Kenedy in March of this year. Jolly stated, “I have made full disclosure of all my experiences in Kenedy to the North Hopkins Board and their search consultants. Jolly added, “Kenedy is an amazing district in a fantastic community with great people, businesses, and partnerships for education. My wife and I will always treasure our experience in Kenedy but it is time for us to move on and we are excited about the opportunity to move back home to East Texas.”

“I’m eager to move forward in North Hopkins ISD and I’m thankful for the confidence and trust afforded to me by the Board of Trustees. I am very grateful for all the kindness and hospitality that has already been extended to my family by Donna George and the North Hopkins faculty and staff. They could not be more welcoming,” stated Jolly.

From a family of Educators and East Texans, Darin Jolly graduated from Palestine’s Westwood High School in 1991 where he was an FFA officer, UIL academic champion, photo-journalist, and earned several music scholarships as a band student. He earned his Bachelor’s Degree from Howard Payne University in 1995 where he met his wife, Cara, while in the marching band. He completed two Masters Degrees (Music 2000) (Education 2004) and his doctorate (Education 2008) from Stephen F. Austin State University. Dr. Jolly is also a 2013 graduate of the National Superintendent Academy (Chicago) and was in the Harvard University Educational Leadership Academy in 2012. As a life-long learner, Jolly has also taught adjunct Principal/Administration courses for Stephen F. Austin State University and the University of Phoenix in Dallas.

As Lone Finalist, Jolly will be visiting and touring campuses, working closely with Superintendent Donna George for a smooth transition of leadership. Additionally, the Jolly family will be visiting the North Hopkins ISD and surrounding areas to become acquainted with the community, families, businesses and churches while looking for a local house to call home.

Darin has been married his college sweetheart, Cara, for 23 years. They have two children: Elizabeth, 21 and Aaron, 19. Originally from the East Texas area, Jolly couldn’t pass up the opportunity to be closer to home, “I’m excited to be a part of the North Hopkins community and moving this amazing district to even greater heights. This is a great school that we can make even greater. Cara and I consider this as truly a dream job. Not many people can say that.”