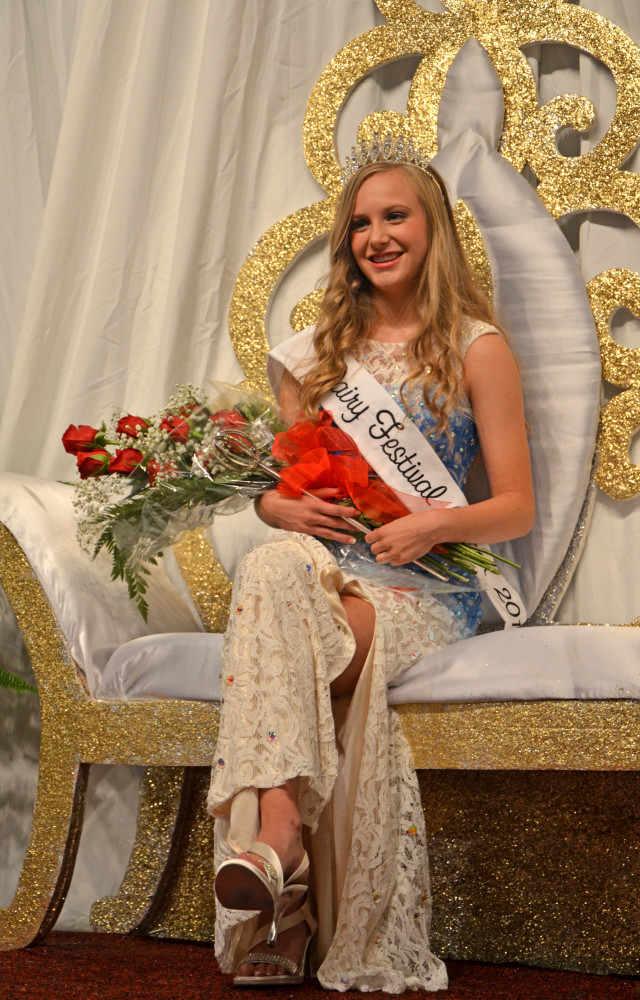 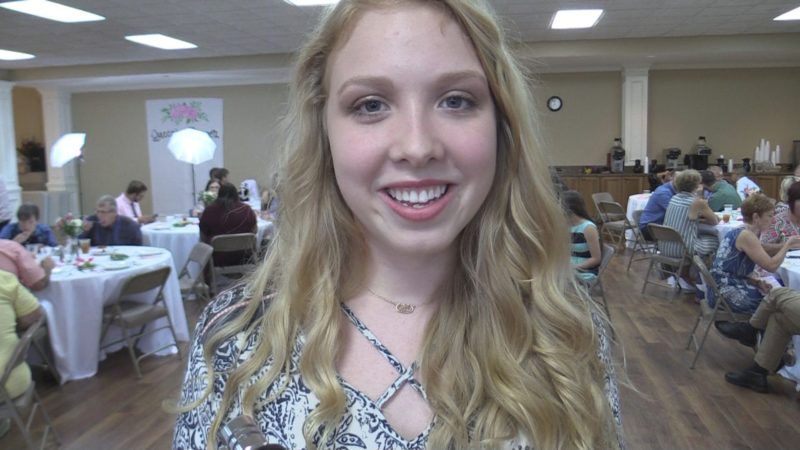 The first contestant is Sadie Evans, sponsored by Dial Study Club and Askins Propane Company. Sadie is the daughter of Jason and Angie Evans, and the granddaughter of Roger and Rita Wright and also Donnie and Pam Evans. Sadie enjoys performing in oprys and showcases, participating in musical theater, playing guitar, songwriting, spending time with her lovely friends, traveling, and of course, dancing. She has been in vocal training for two years with Septien Entertainment Group and prior to that she had four years of vocal and theatrical training locally with Shining Star Productions. Sadie received the Rotary Youth Leadership Award, she is Student Body Vice President, Class of 2017 Parliamentarian, Head Pledge for Hi King Klub 2016, Secretary of Thespian Society, and Dare To Dream Anchor. She also is a member of Key Club, Student Council, National Honor Society, FCCLA, UIL Poetry and Prose, UIL One Act Play, and Hi King Klub. Sadie received Best Actress, All Star Cast, and Honorable Mention All Star Cast Awards in UIL One Act Play. She also was the winner of the Lindale Idol contest and received Best Vocalist Award at Septien Entertainment Group showcases. Sadie participated in Work Camp and attends The Way Bible Church. An extra fact about Sadie, her great grandmother, Dorothy Hinton, and family donated the holstein cow in front of the Southwest Dairy Museum in honor of her great grandfather. In the future, Sadie plans to attend Belmont University in Nashville, Tennessee to pursue a degree in Musical Performance and Songwriting. 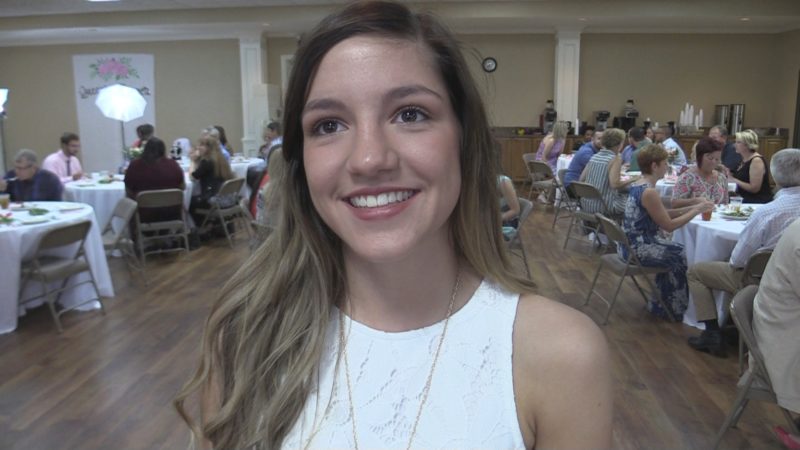 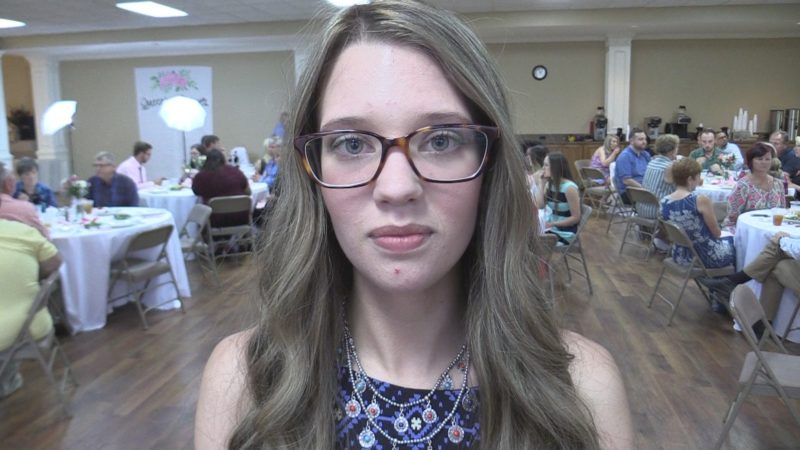 The third contestant is Alexis Howard, sponsored by Carriage House Manor and Cottages and Dairy Max. Alexis is the daughter of Genny and Michael Howard. Alexis loves art and dance. She participates in lyrical, jazz, tap, ballet, hip hop and pointe. Alexis is a member of National Honor Society. In the future, Alexis plans to attend nursing school and become an RN to work with children and teens who are battling cancer. 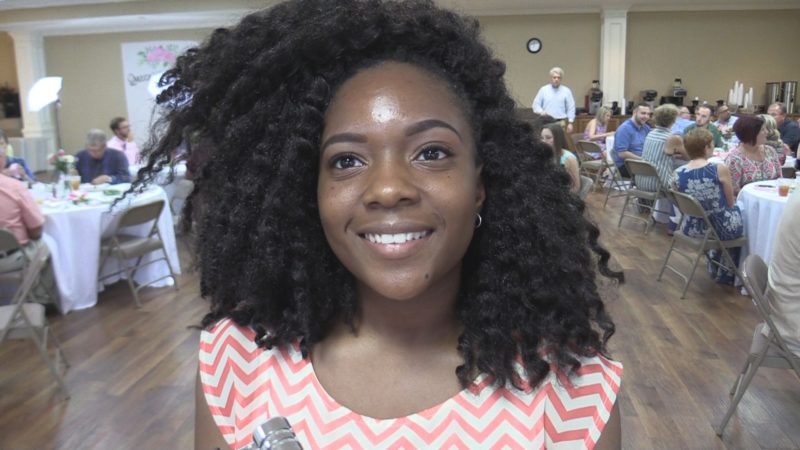 The fourth contestant is Tahtiana King, sponsored by Texas Association of Dairymen and Jay Hodge Chevrolet. Tahtiana is the daughter of Kyshia and Marcus Johnson. She enjoys singing, running track, and is interested in music. In the future, she plans to attend a 4-year college to pursue a career in Occupational Therapy. 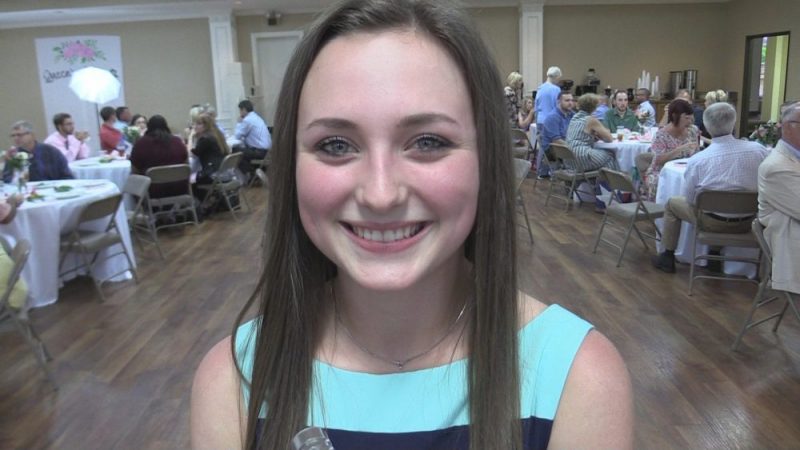 The fifth contestant is Emma Boyett, sponsored by Southwest Dairy Farmers Museum and Texas Farm Credit. Emma Boyett is the daughter of Oran and Jeanine Boyett. Emma likes to go shopping, read, cheer, and attend church activities. She is a member of SSHS Band, UIL Solo and Ensemble, SSHS Cheer, Key Club, Student Council, National Junior Honor Society, National Honor Society, and National Technical Honor Society. Emma is a member of South Garland Baptist Church and their youth group. She has been a major part of Jeans For Teens Blue Jean Drive for five years and has collected over 5,000 pairs of jeans for teenagers in shelters. She has been apart of Tornado Cleanup Assistance, Special Olympics helper, DNOW Missions, SMACK Musicals, Meals for the Multitudes, and Competitive Gymnastics. In the future, she plans to attend Texas A&M College Station for an undergraduate degree and continue on to get her doctorate in Dental Surgery. 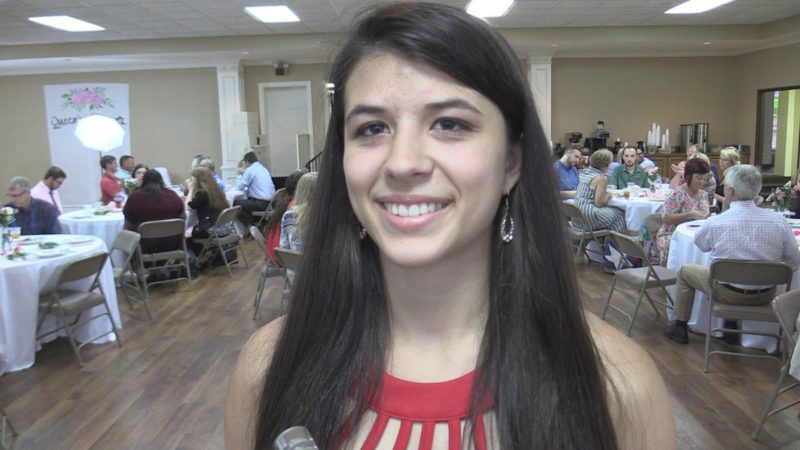 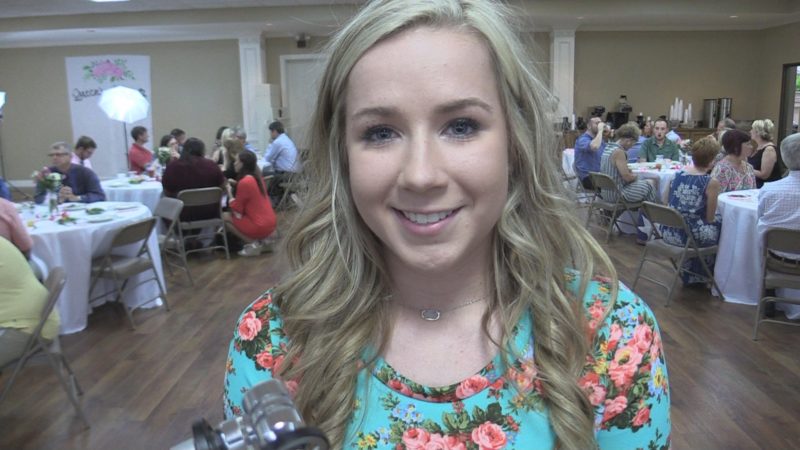 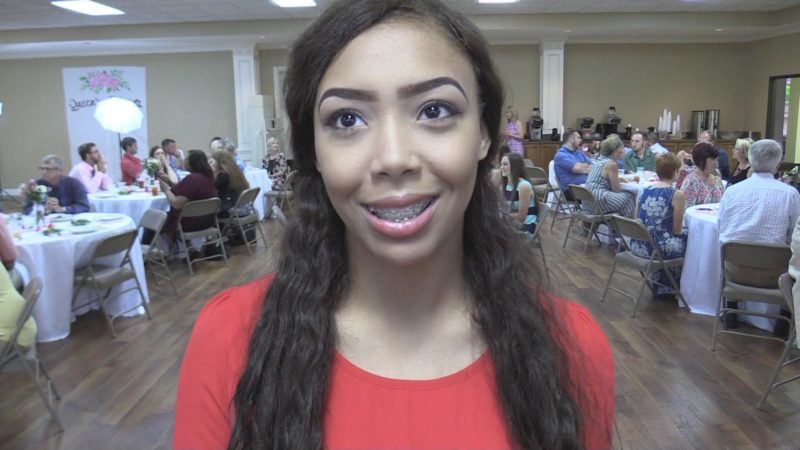 The eighth contestant is La’Mier Pryor, sponsored by Grocery Supply Co. and Sulphur Springs Imaging. La’Mier is the daughter of Leanetta Pryor. Her hobbies include writing poetry, singing, and drawing. La’Mier’s favorite sport is cheer leading. In the future, La’Mier plans to attend Blinn College for two years and then transfer to TAMU-College Station to pursue psychology.