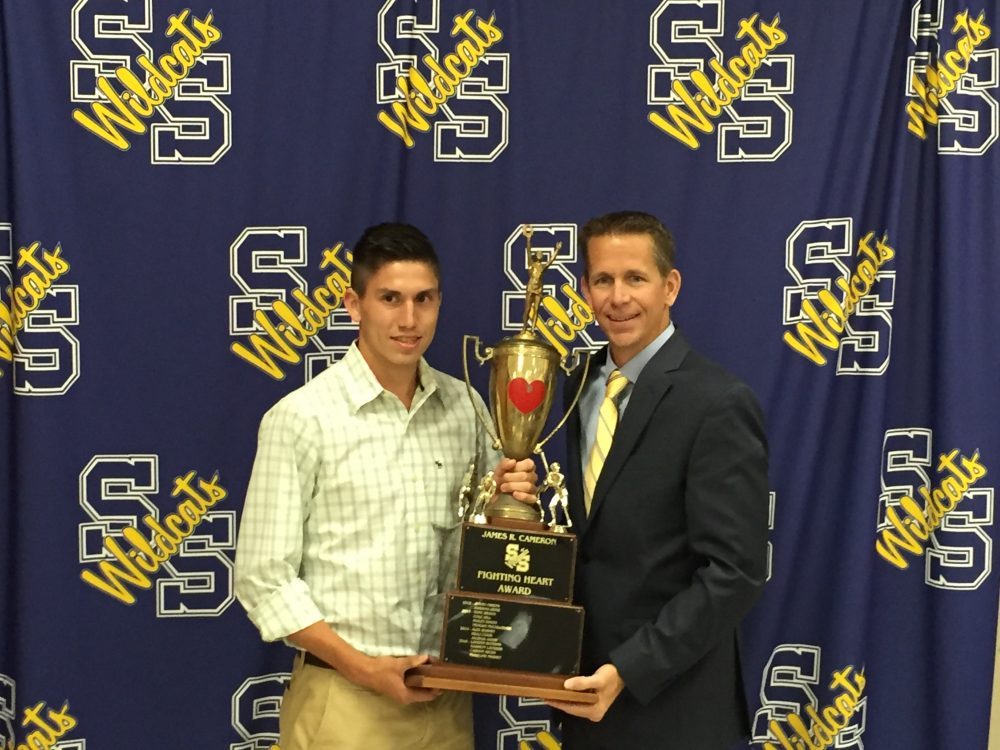 Outgoing Wildcats Cross Country and Soccer Coach Andy Holt wondered where Tanner Ramirez found the time to excel in three sports and still rank #9 academically in his senior class. Ramirez not only ran cross country and played soccer but was a football player as well. Ramirez played many positions on the football field including quarterback, receiver and punter. Saturday mornings he got up early and ran cross country. During soccer season he was asked to play a new position this year and did so without complaining according to Coach Holt. Coach Holt said Tanner also had to battled asthma. He did all these things without arrogance according to Coach Holt. Ramirez plans to study engineering at Texas A&M in College Station in the fall. 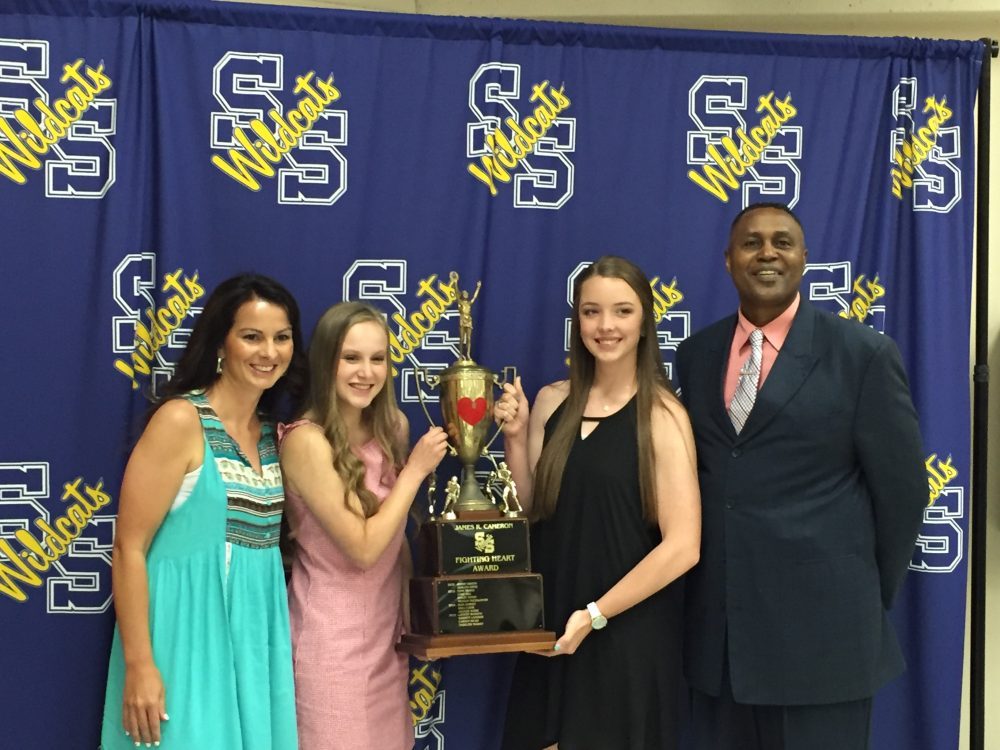 Two seniors, Lady Cats’ basketball player Lexie Moore and Lady Cats’ volleyball player Sidney Dietze shared the James Cameron Fighting Heart Award at the athletic banquet Thursday night. Moore was the only senior on this year’s district champion basketball team. She was a second team all-district selection. Her coach Jeff Chapman thanked her for her contribution and added he appreciated her. Outgoing Lady Cats Volleyball Coach Allison Irvin said Dietze achieved academic all-district honors. She was also an integral part of the Lady Cats success this past season. The Lady Cats’ volleyball team defeated Paris, Texas High and Pine Tree for the first time in eight years. They went from a 13-23 season to 28-14. The district turnaround was even more amazing from 1-13 last year to 10-4 and third place in district this year. The team also returned to the playoffs for the first time in over ten years and chalked up a come from behind bi-district win over Corsicana.