Animal of the Week: Sparky 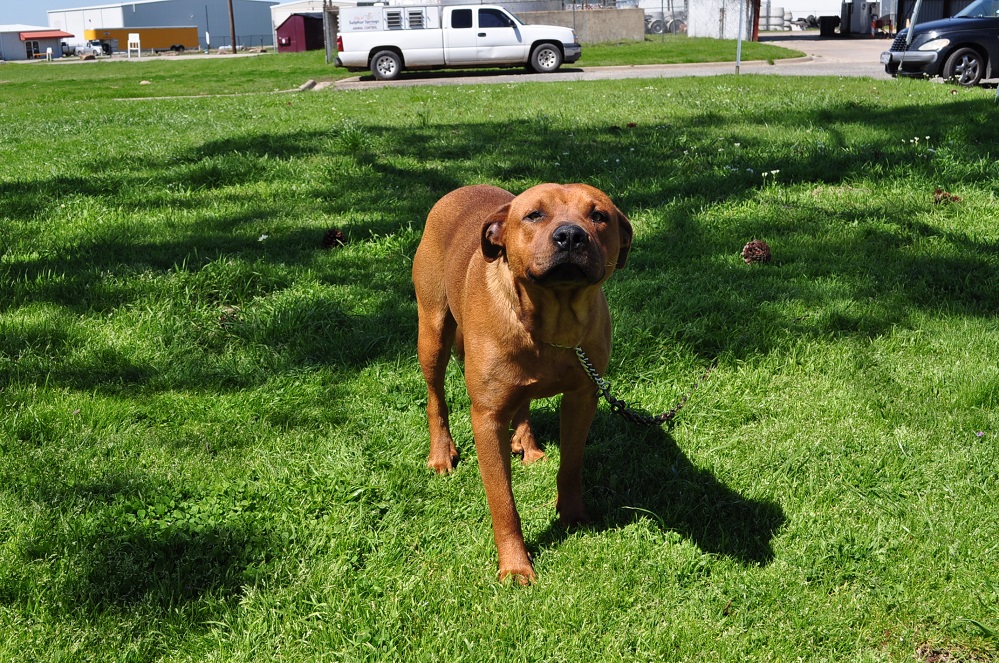 Sparky is a male Pit/Rottweiler mix who is under one year old. He was surrendered to the Animal Shelter Monday by the man who originally found him after he was unable to find Sparky a home. “The guy tried to find him a home for about a month and them brought him to us,” Animal Shelter Officer Annie Patridge said. “He was hoping that we would have better luck than he did.”

Sparky is unique among other dogs of his age and breed in that he is overly playful and energetic. Rather, Sparky prefers to bathe in the sun or lounge in the shade. “He is the Shelter blob,” Patridge said. “He just lays there and he wants attention, and he’s just a lovable, furry blob. He’d be good for somebody that just wants a nice dog to lay around and pet on.”

Sparky is currently the only male animal at the Animal Shelter. The Shelter currently has two puppies, one female pit, a dog-friendly cat, and one other dog that is waiting to pick up by its new owner. Sparky has had positive interactions with the other animals, but has yet to be tested with the cat. “He has no shots as of now,” Animal Shelter Officer Barbi Blanch said. “When he gets adopted, he’ll got neutered and all of his shots updated. He’s a bit too young for a heart worm test, but he doesn’t seem to have any yet. We’ll just get him good on heart worm prevention and he should be good.” 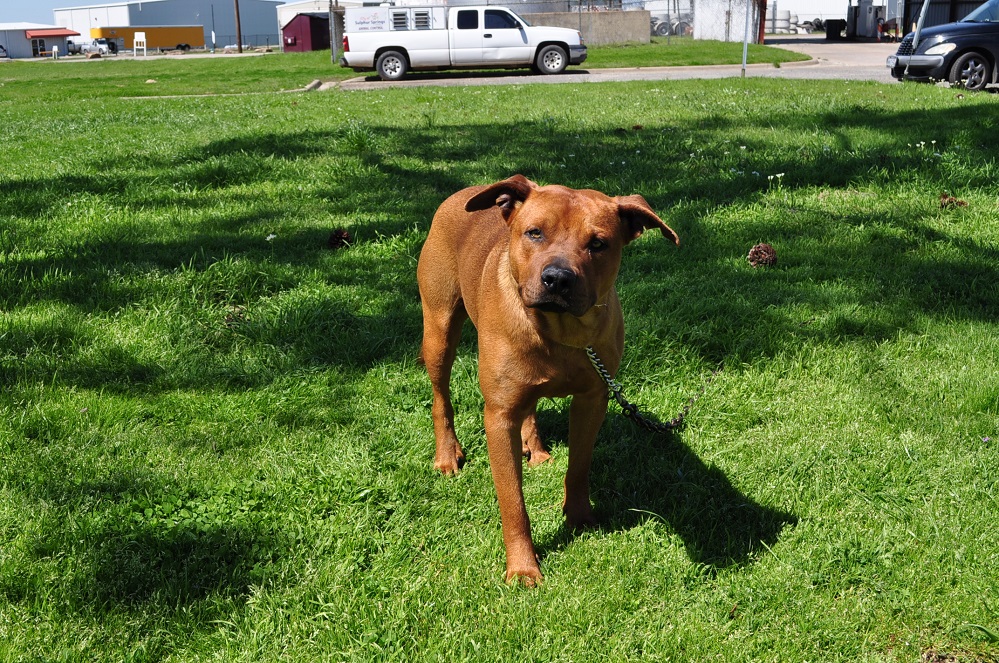 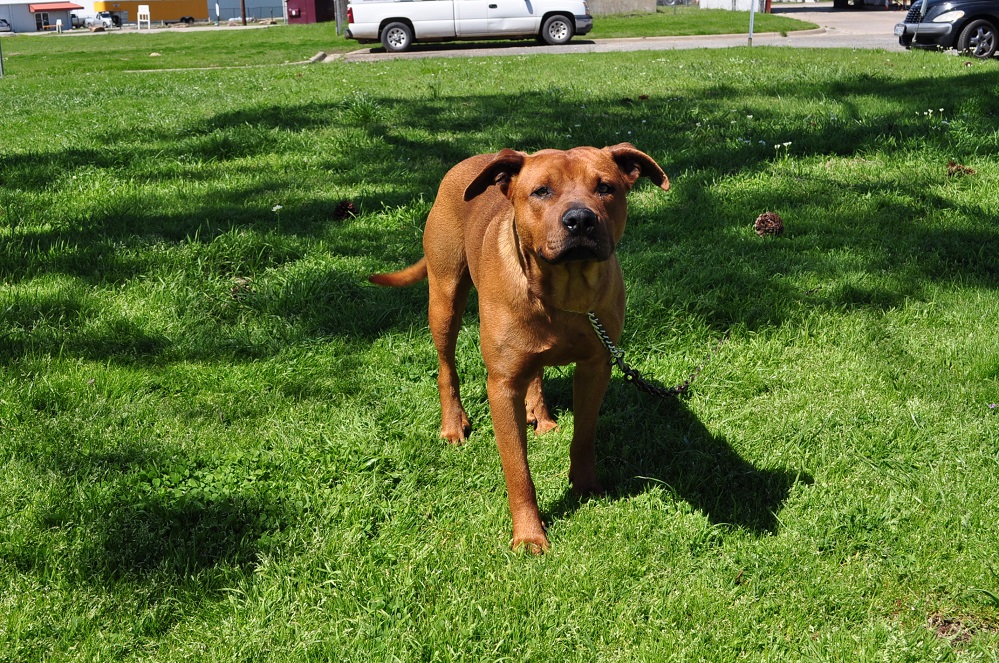 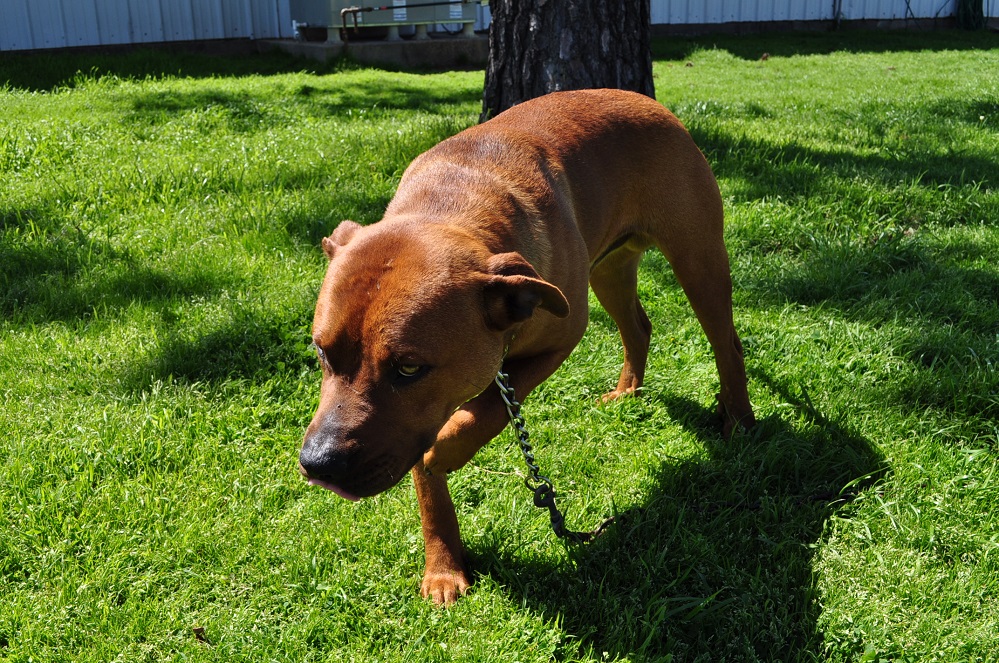 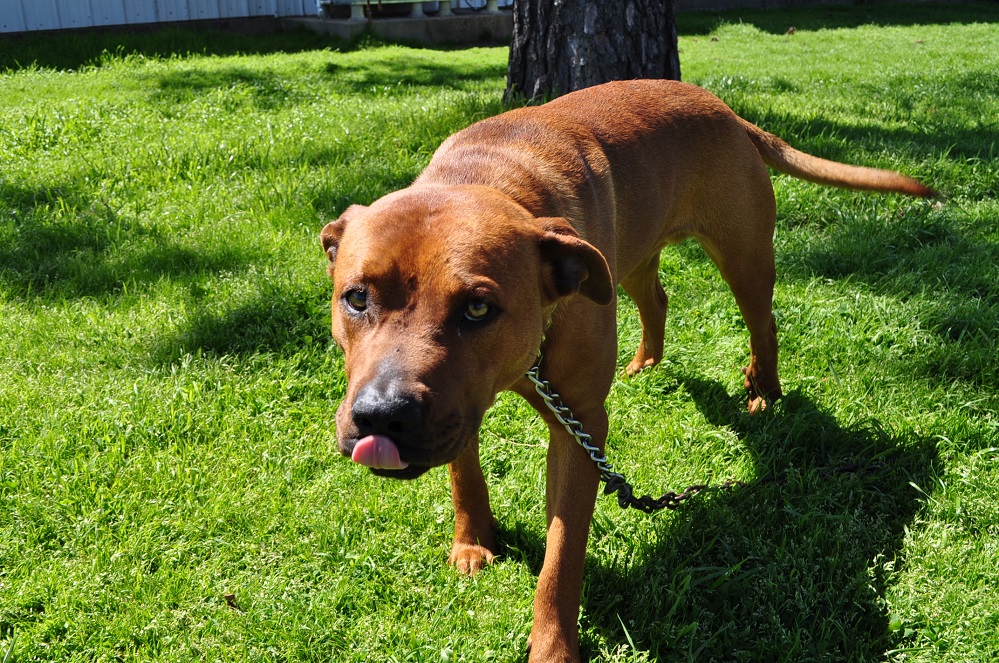 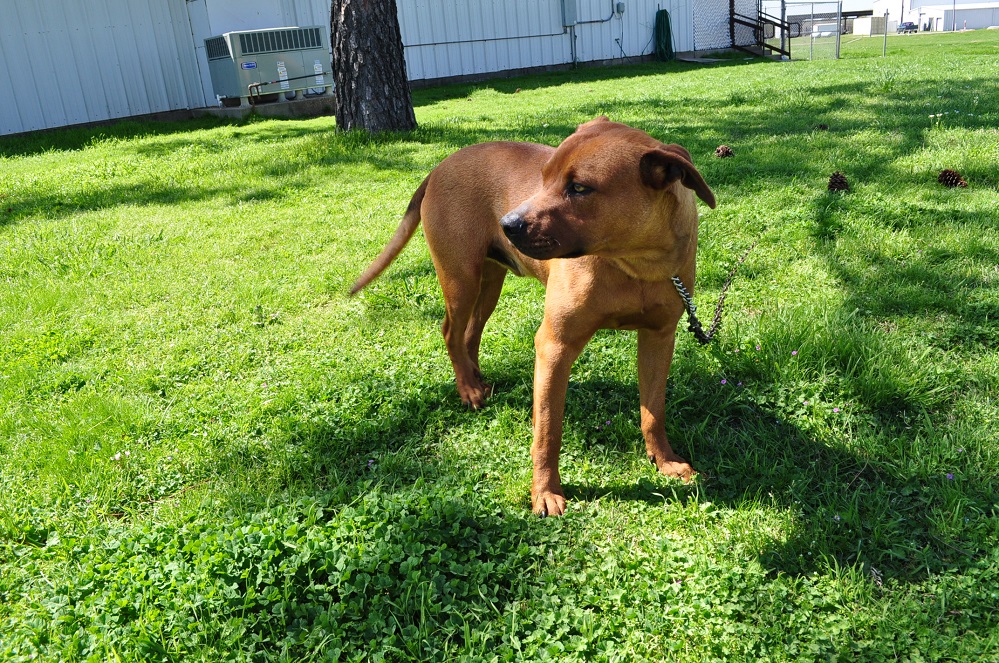 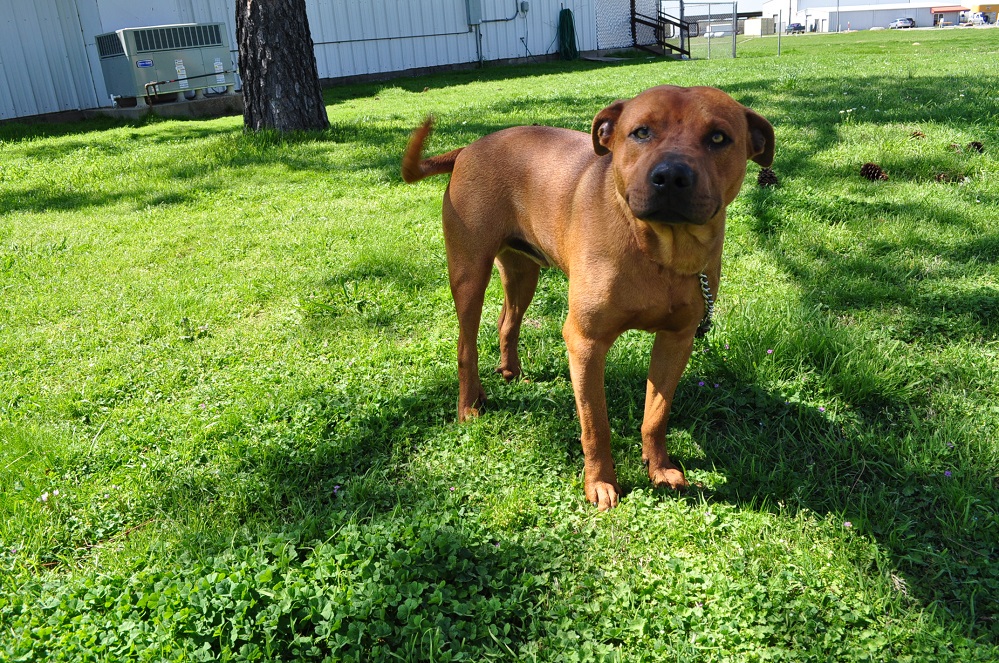 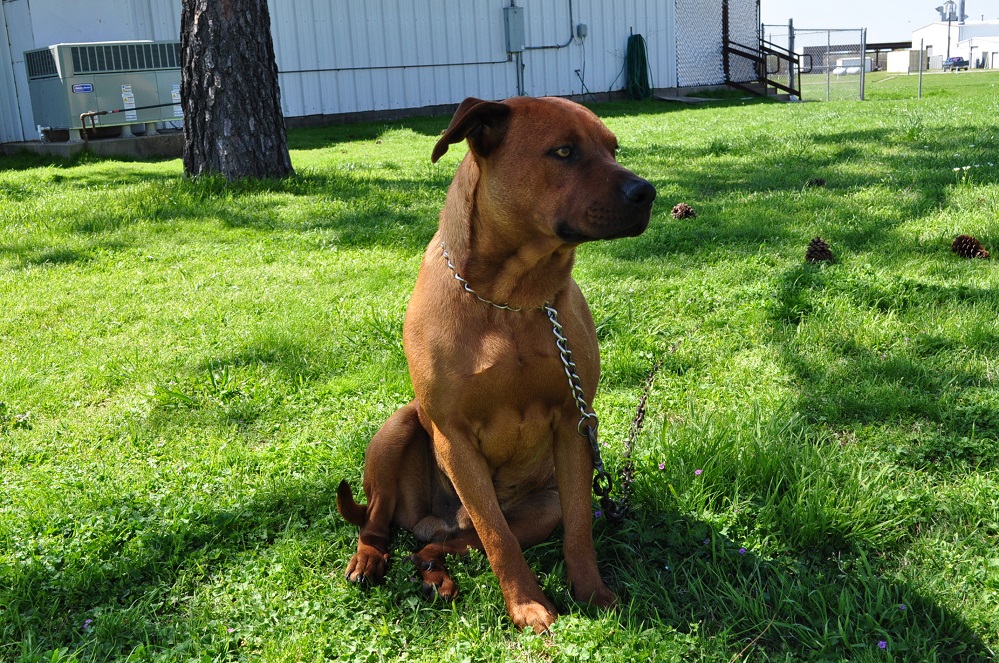 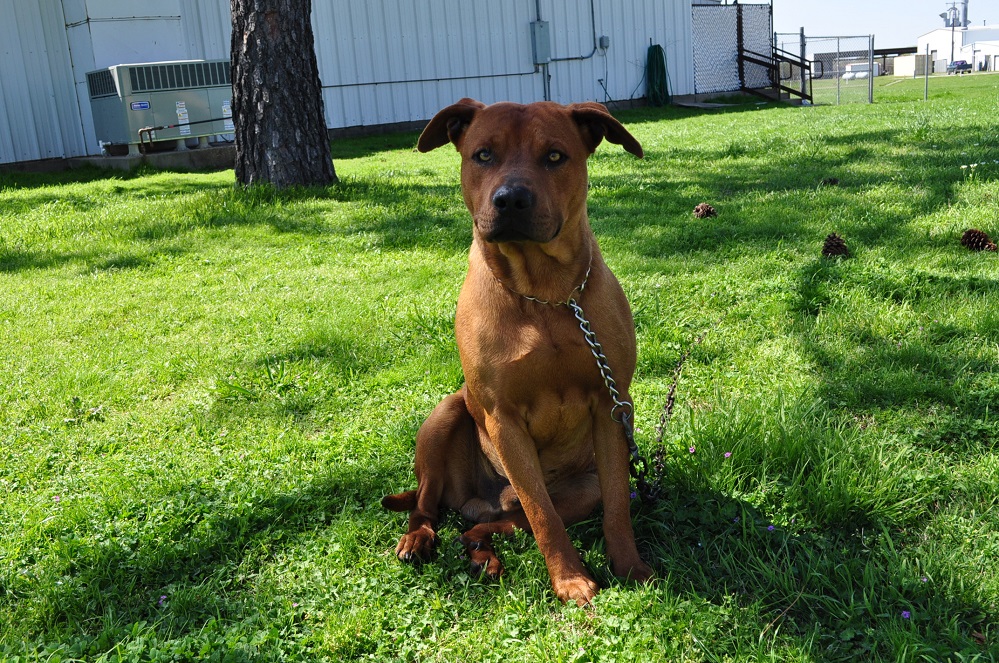 Sparky, along with all of the other animals currently at the Shelter, will be involved in an off-site adoption this Saturday, March 19 at Tractor Supply from 11 a.m. to 4 p.m. The Shelter will be closed Saturday for the off-site.