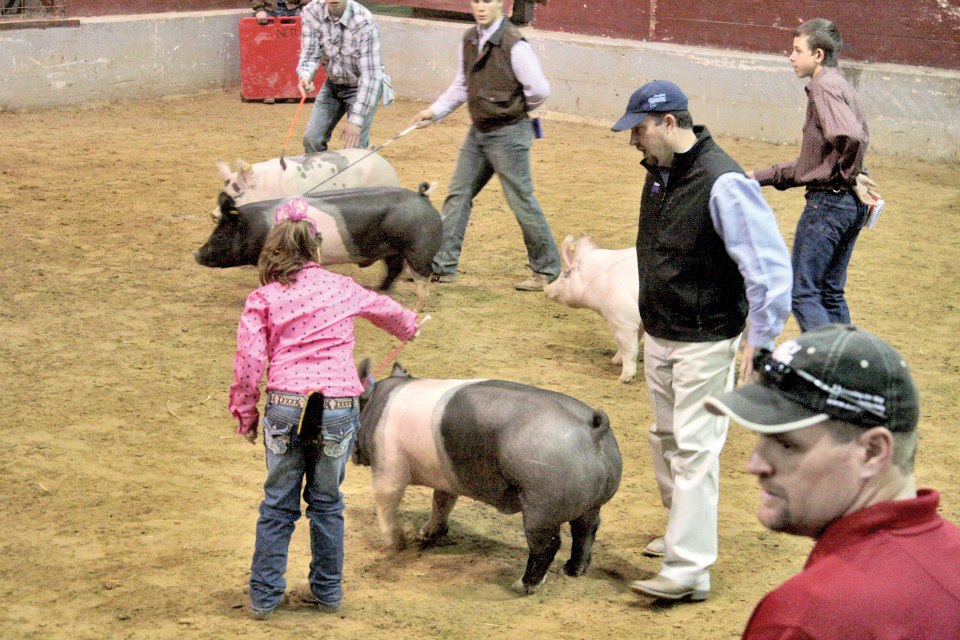 Saturday at noon, the Professional Ag Workers Stew will attract exhibitors and those who will bid during the Sale of Champions that begins at 1 p.m. A detailed sale list will be provided with each lot number, its species, exhibitor name, and resale amount will be included.

A scholarship animal will be sold at the end of the Sale of Champions. The proceeds from the animal, along with a portion of the entry fees, will assist in funding the Larry Spradlin Memorial Scholarship. The scholarship is named for the late Larry Spralin, who served as a Vocational Agriculture Teacher and as Hopkins County Extension Agent. A minimum of two scholarships are awarded annually to students from Hopkins County who will be candidates for graduation in the Spring and who have participated in the Junior Market Livestock Show for at least two years and meet all the requirements of the scholarship application.