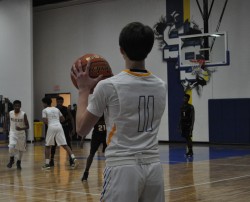 The Wildcats’ basketball team attempted a furious comeback in the third quarter of a district game at Longview Tuesday night but found a big first half deficit too large to overcome. The Wildcats trailed 41-14 at halftime. They outscored the Lobos 28-8 in the third quarter but still trailed 49-42 after three quarters. Longview wrapped up the game, 72-60. The loss dropped the Wildcats to 2-4 in district play, the same record as Longview.

The Wildcats are 9-13 for the season. The Wildcats will play host to district leader Marshall Friday night at 7:30 p.m. in Wildcats Gym. That game will mark the end of the first half of district play.