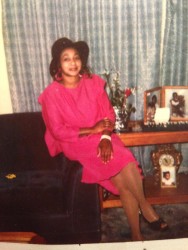 She was born on November 24, 1940, the daughter of Herman and Rosa Lee (Lindley) Childs in Sulphur Springs, TX.  She married Robert George Johnson.  She was a seamstress and a member of the MLK Church of Christ.