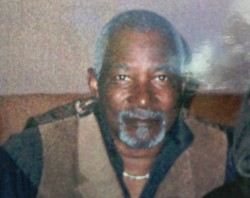 Thursday morning at 11 a.m. July 16, Hopkins County Chief Investigator Lewis Tatum relied “No” when asked by KSST News if 79-year old Lee Jones had been found. Rumors spread Wednesday that Lee Jones has been found that morning. That rumor continues to be false according Tatum. The search continues.

After Jones was reported missing from his County Road 1180 home Saturday afternoon in Hopkins County, lawmen requested the public’s help Sunday in locating the man who has diabetes and dementia. The public has been doing their best to help out and search team members are checking out reported sightings. Tuesday morning Hopkins County Sheriff’s Chief Criminal Investigator Lewis Tatum was in Commerce to check out a possible sighting near the Wal-Mart there. One caller reported they saw a person on two occasions in the Brashear area they thought might have been Jones. They said they saw the same man on Saturday and again Monday. Monday evening someone thought they saw the man in front of Brookshire’s in Sulphur Springs. Lawmen have also utilized Texas Department of Criminal Justice dogs and a DPS dive team in an attempt to locate the missing man.