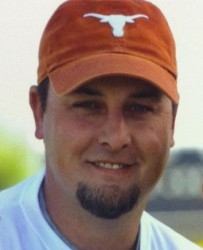 His drive from Forney to Sulphur Springs confirmed his fears. When Chad Alan Williams, 39, of Forney planned his rendezvous with who he thought to be a teenaged female in Sulphur Springs, he communicated that he would text her when he arrived at the appointed location on League Street. He was fearful that police would be present and the intended sexual encounter would spell trouble for him.

When he arrived and sent his text to the supposed teen, his fears were confirmed. Instead of an underage minor, he met members of the Sulphur Springs Police Department and Hopkins County Sheriff’s deputies who were awaiting him in unmarked cars, according to Lewis Tatum, Criminal Investigator with the HCSO and Amanda Weatherford with the SSPD.

Williams attempted to evade arrest by driving from the scene when he spotted a uniformed officer but the local LEO’s were able to cut off his exit. He was arrested Wednesday, June 4, for on-line solicitation sexual conduct Wednesday.

Thursday morning Justice of  the Peace B J Teer set bond for Williams at $75,000.