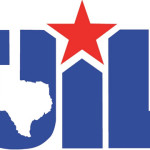 The Wildcats UIL Academic Team took second place at Regional this past weekend and qualified three teams and an individual for State.  Spelling and Vocabulary, Social Studies and Literary Criticism took first place as did Lydia Burleson in Ready Writing.

Sophomore Lydia Burleson will advance as the sole individual in the Ready Writing competition after placing first at both the District and Regional meet.