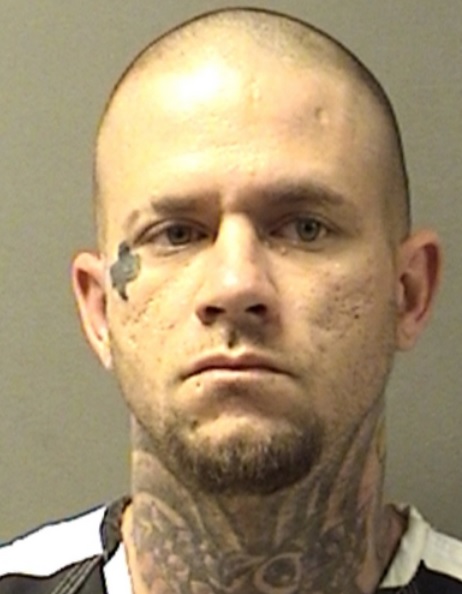 Sulphur Springs Police believe they have solved two cases with the Thursday arrest of a 31-year old Kaufman man who has been residing in Sulphur Springs.

SSPD investigator Monty Tipps told KSST News that as he investigated a vehicle break-in at the Terminex building on Main Street, he noted a hand-held computer, a cellphone, and a printer had been taken. Later in the day a person had returned some of the property to the Terminex building, according to Tipps. Tipps said the person told employees there that he had found the equipment in the weeds. The story didn’t add up since it had been raining and the equipment did not show signs of having been wet during the rain that had been falling during the day.

Tipps went to the house of Joshua Lee Wrenn who had returned the property. Wrenn gave consent for the offers to search his apartment. However, Wrenn was living with his girlfriend and her mother who did give consent. One of the first things found in the apartment by Special Crimes Investigator Mark Estes was an alleged usable amount of a controlled substance. The substance has been sent to a lab to determine if it is methamphetamine or cocaine. Wrenn was arrested for possession.

As the investigation continued, Tipps found several items including a GPS and a bottle of medication that had been taken from the vehicle burglary that morning. Wrenn was taken to the police department where he confessed to the burglary and to unauthorized use of a motor vehicle that was being investigated in a separate case. The vehicle had been taken from a garage on Connelly Street and driven to Van Zandt County and left there.

Wrenn is in custody at Hopkins County Jail on a $10,000 bond for possession of a controlled substance and a $5,000 bond for unauthorized use of a motor vehicle. Other warrants from other counties are expected.