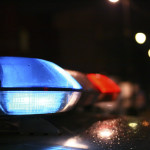 Four arrests were made during the week of March 23-29 by the Winnsboro Police Department:

One accident was investigated involving a sedan traveling east on Coke Road. An SUV pulled out of a private drive and struck the sedan. No injuries were reported.

During the week, the WPD received 170 calls for service, issued 29 citations and 33 warnings.