Four record-shattering athletes were honored Friday, October 25th, by the Sulphur Springs High School Hall of Honor Committee. Doug Evans emceed the event as family and friends looked on. Past coaches and family members introduced each athlete and described the athletes achievements and records, which some may not ever be bested. Each recipient, truly humbled by the experience, thanked their family and friends, giving credit to that support that helped them achieve such successes. The one exception was the posthumous presentation to Paul Buchanan, as his family was unable to attend. Buchanan’s athletic abilites will now never be forgotten, as past Hall of Honor recipient, John Pearce, not only accepted the award, but captivated the crowd with stories of Buchanan’s unbelievable achievments during his high school career and beyond. Even in a room with such unbelievable talent, tales of Paul Buchanan, SSHS’ First All-American, impressed and humbled the audience.

After the four inductees were honored with a reception and ceremony Friday in the SSHS Multi-Purpose Building, they were then introduced before the Wildcat game at Gerald Prim Stadium. 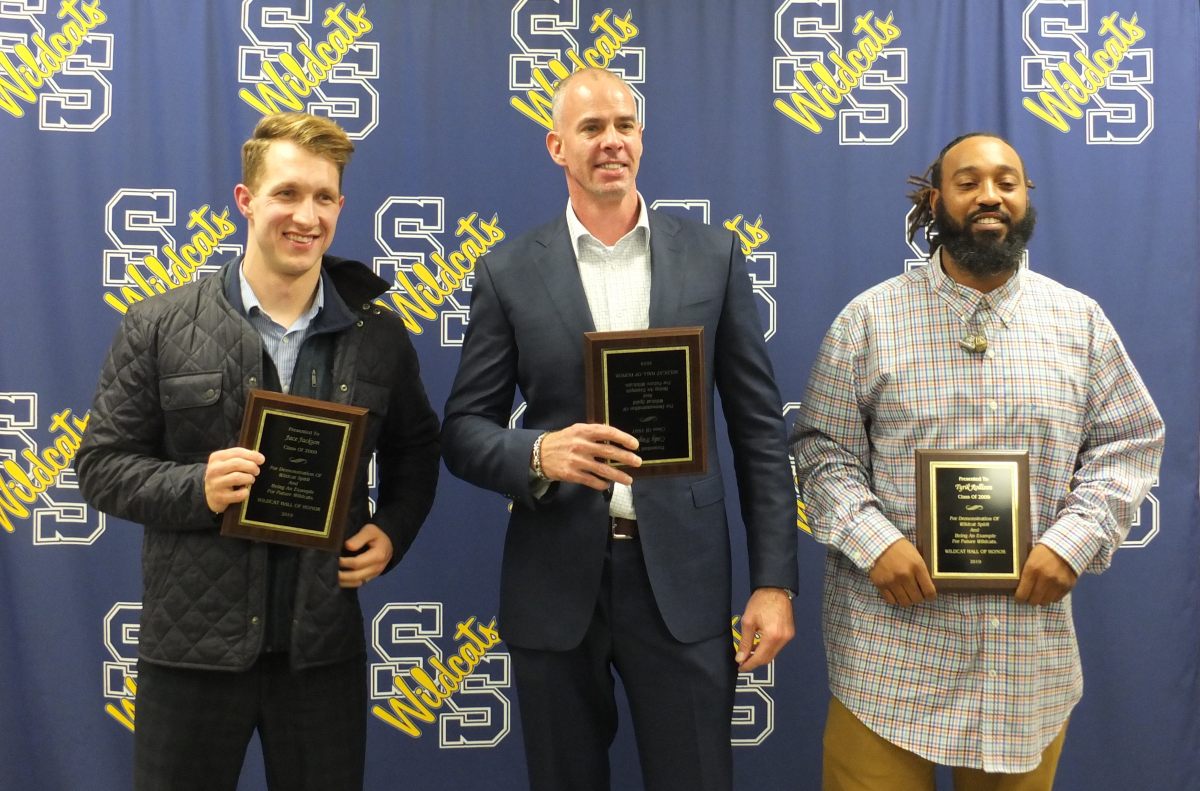 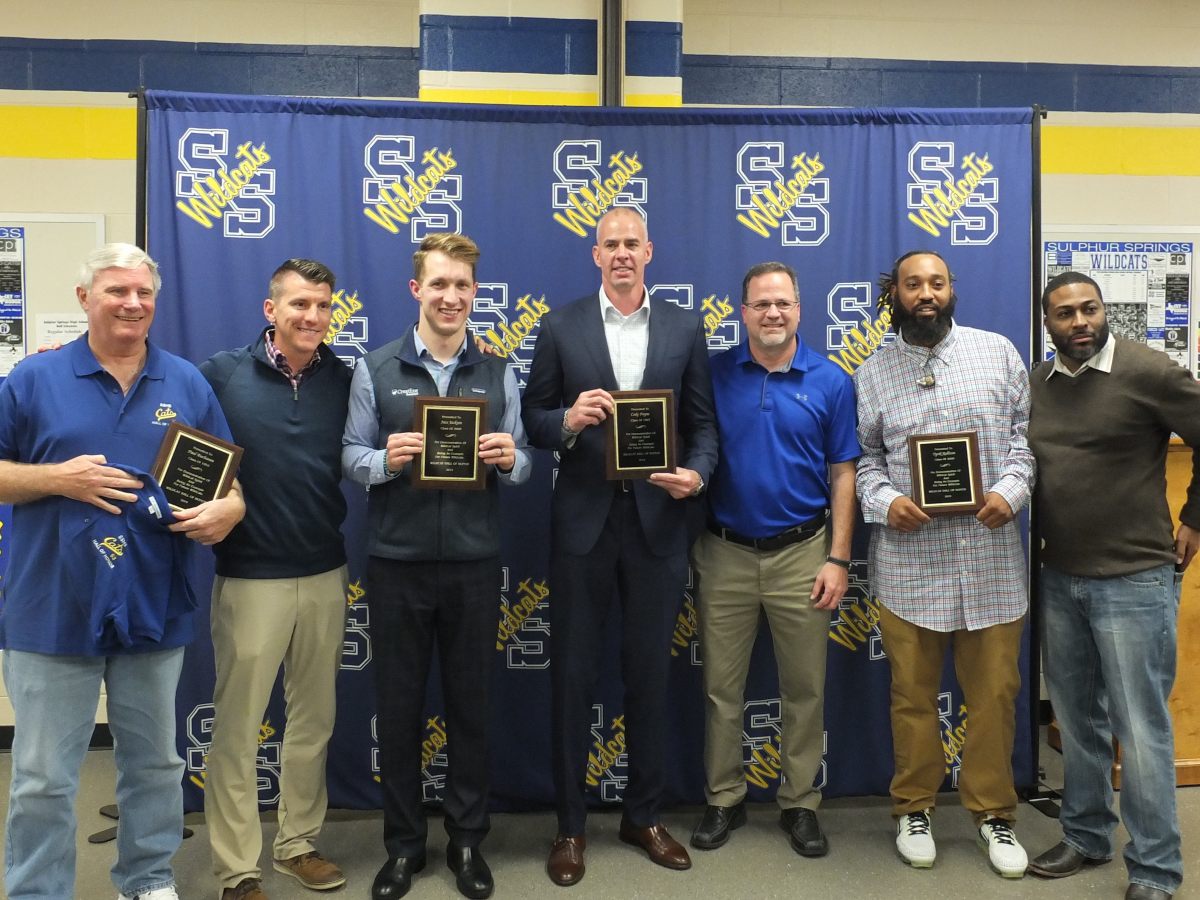 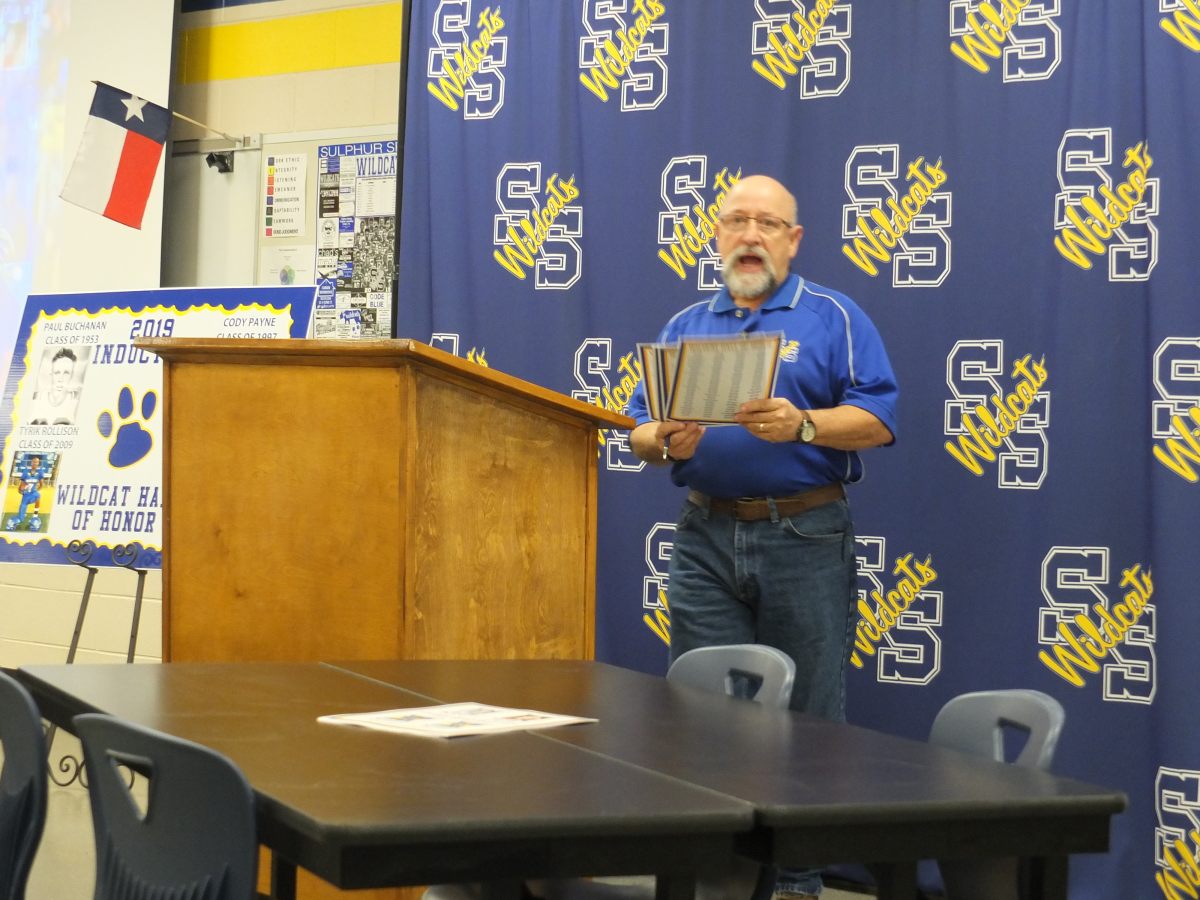 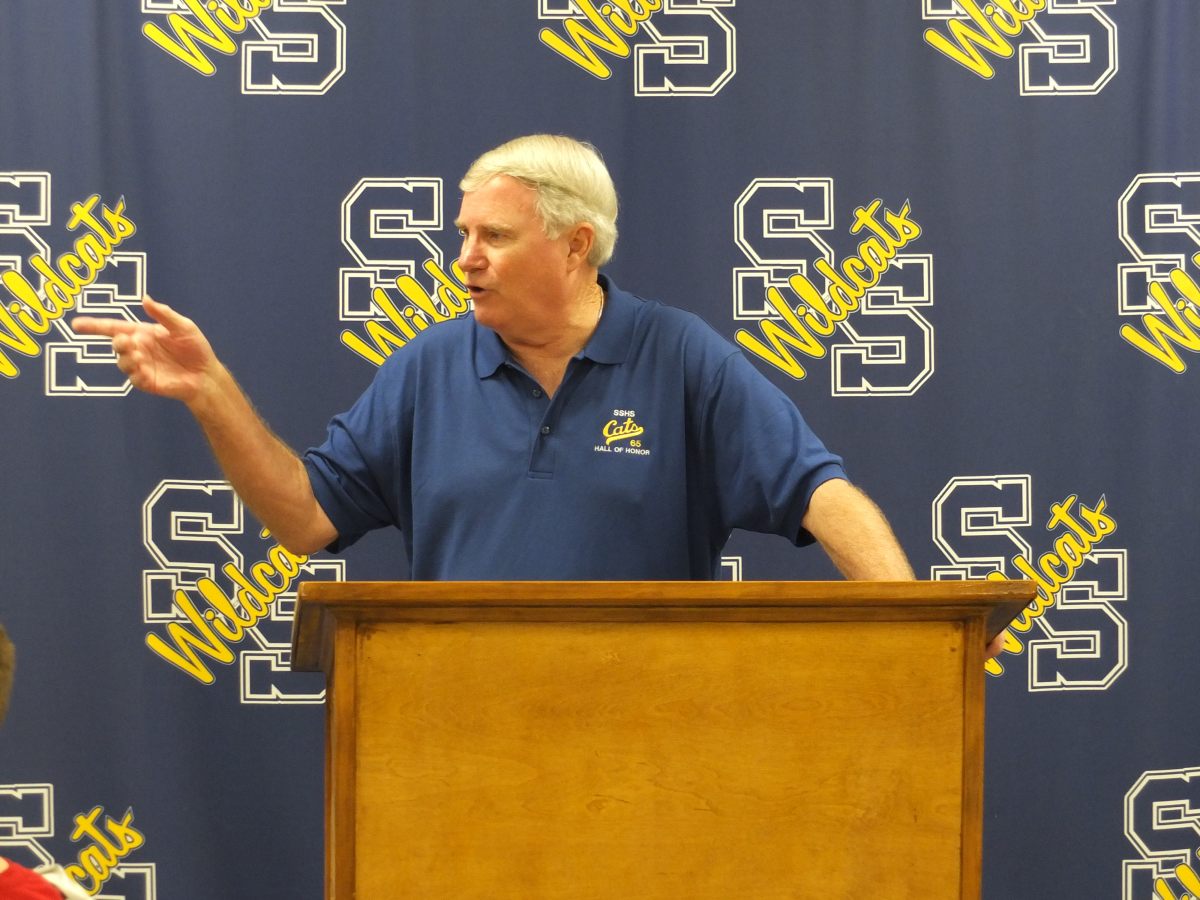 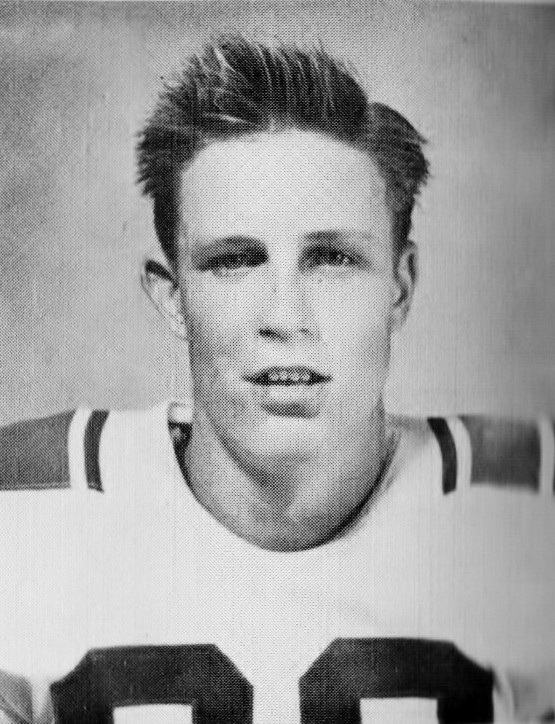 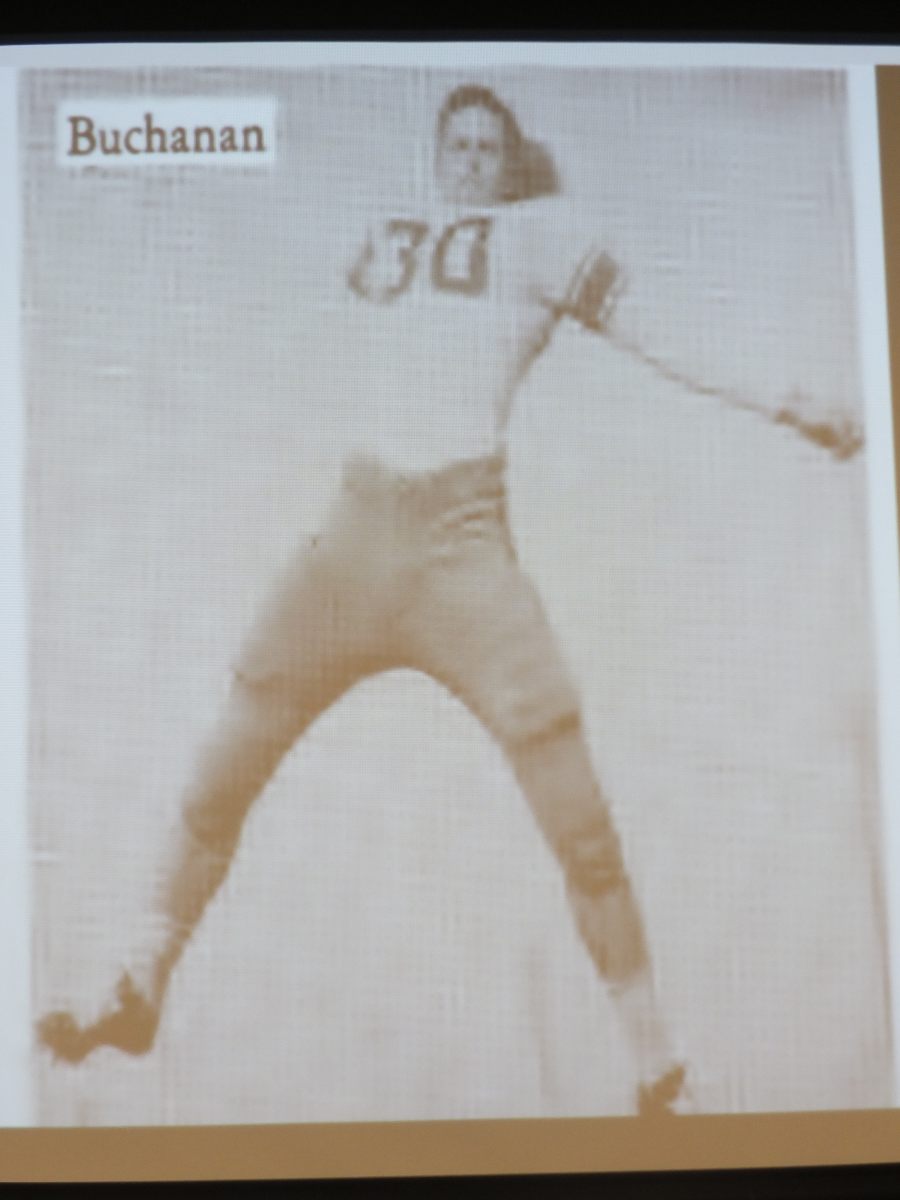 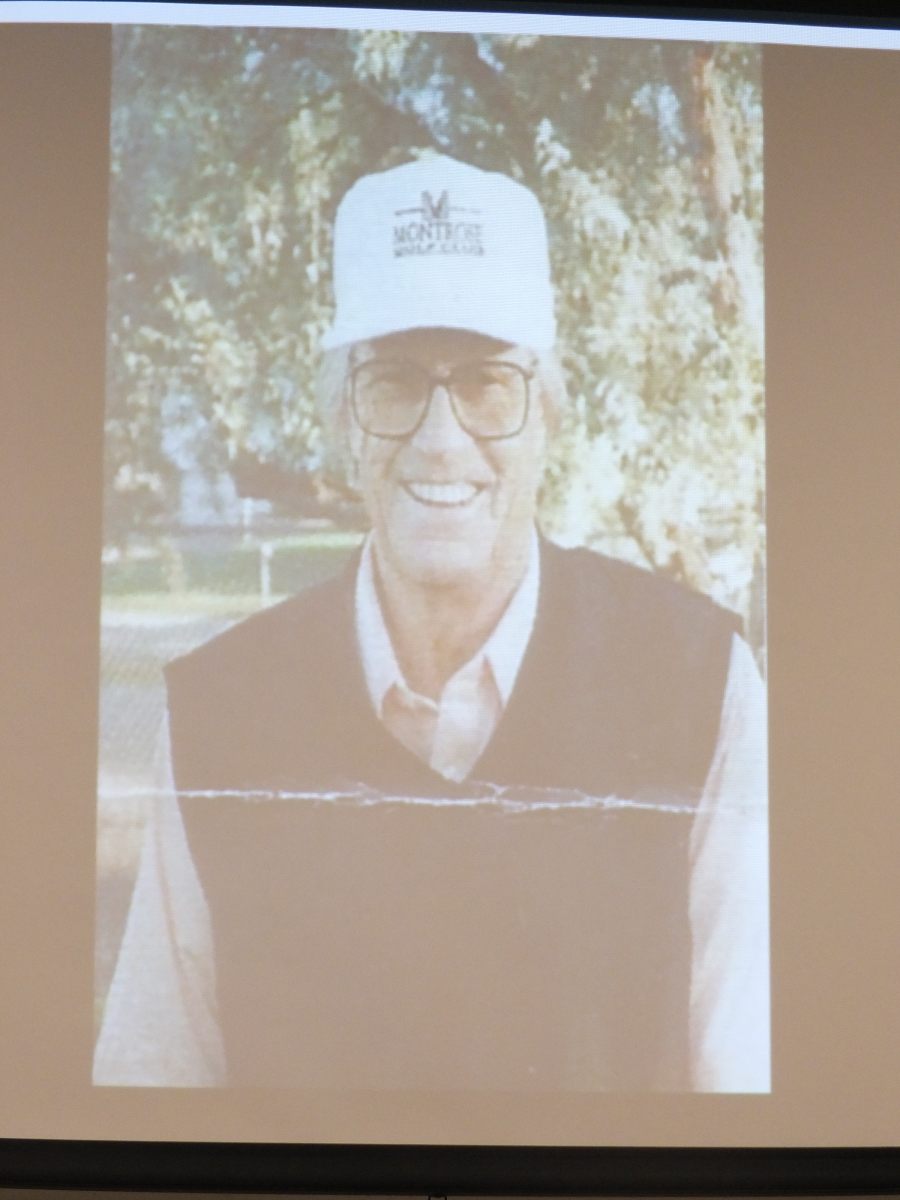 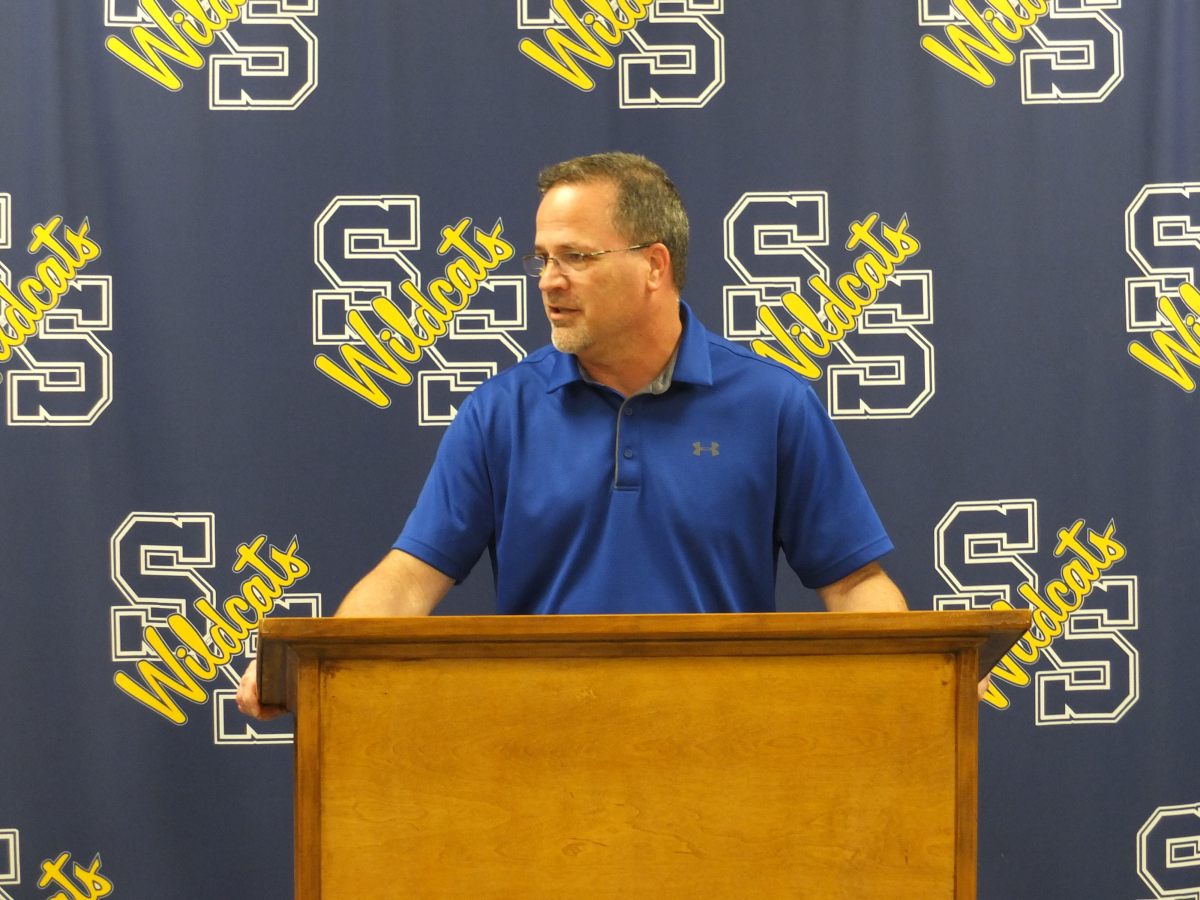 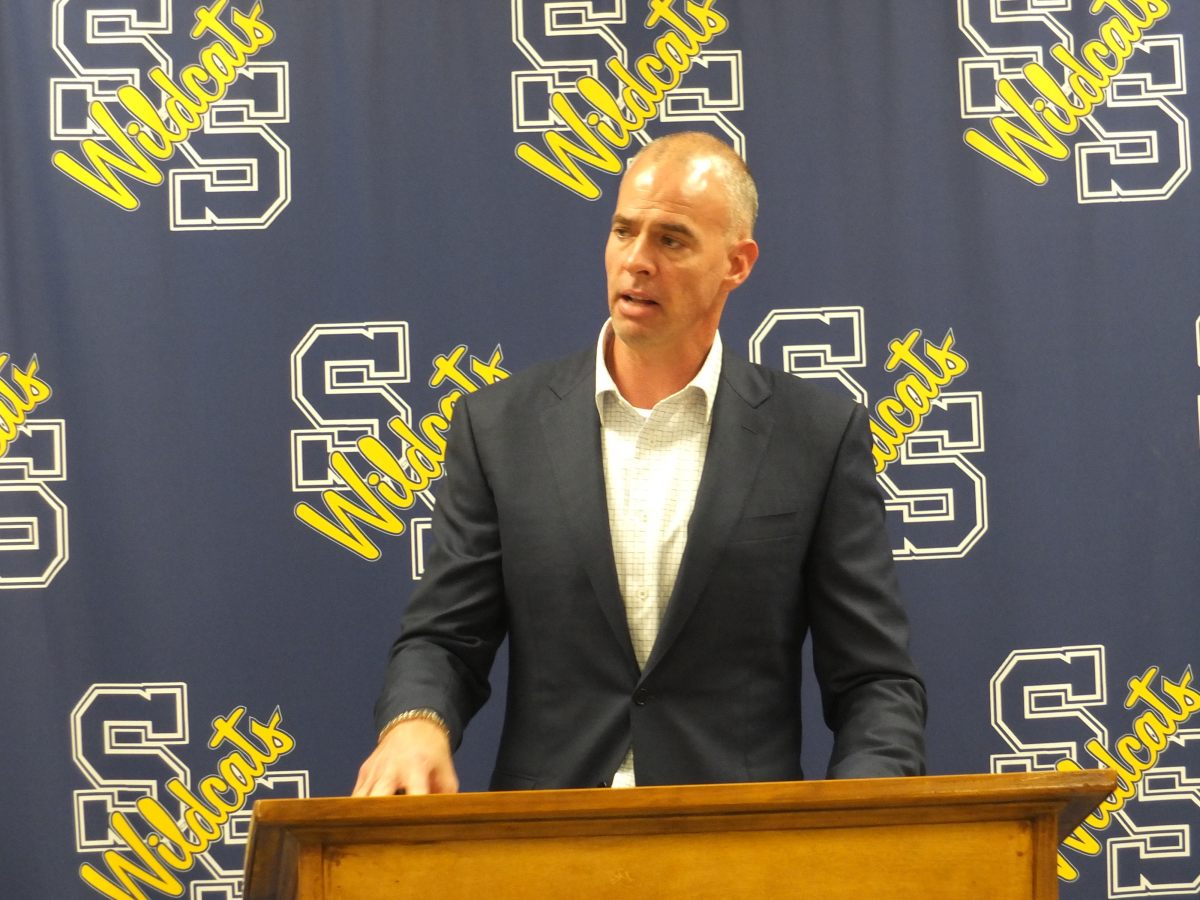 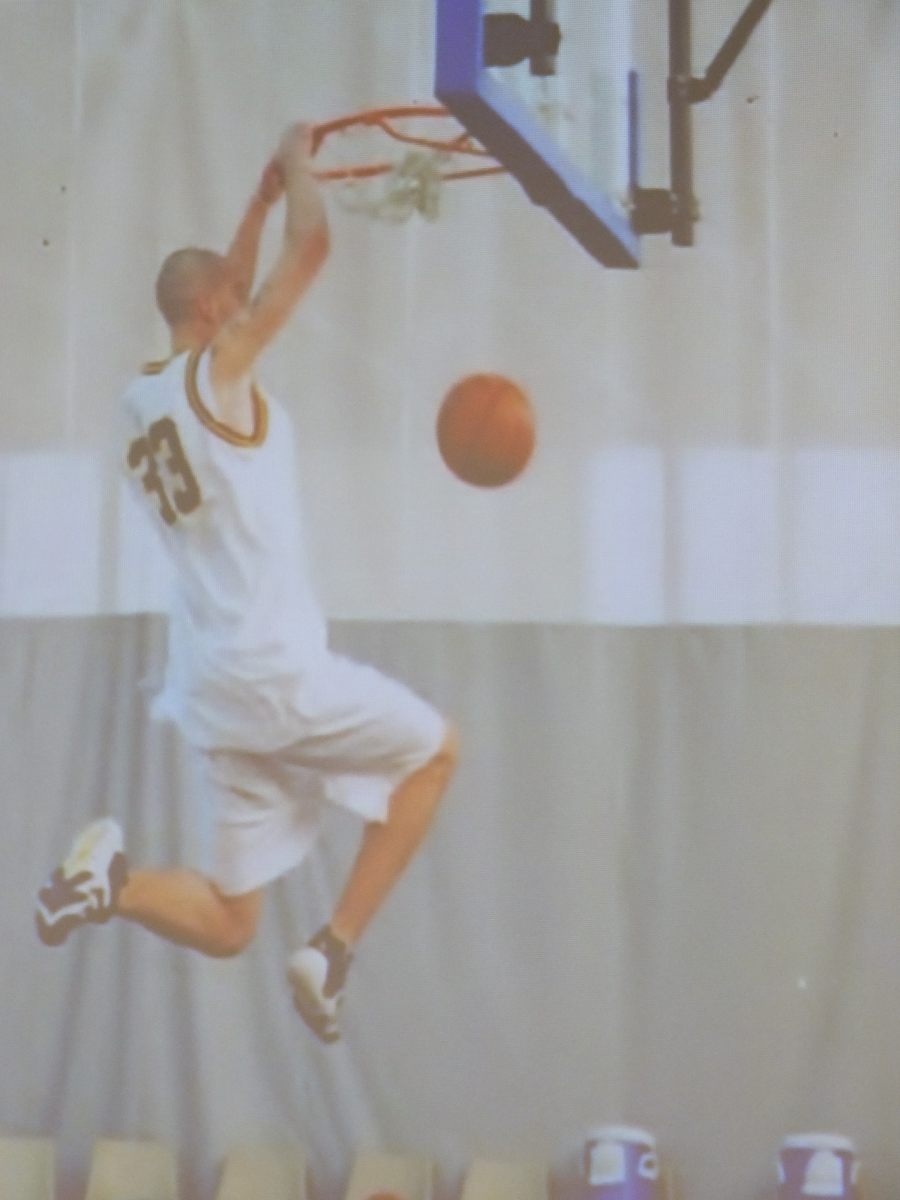 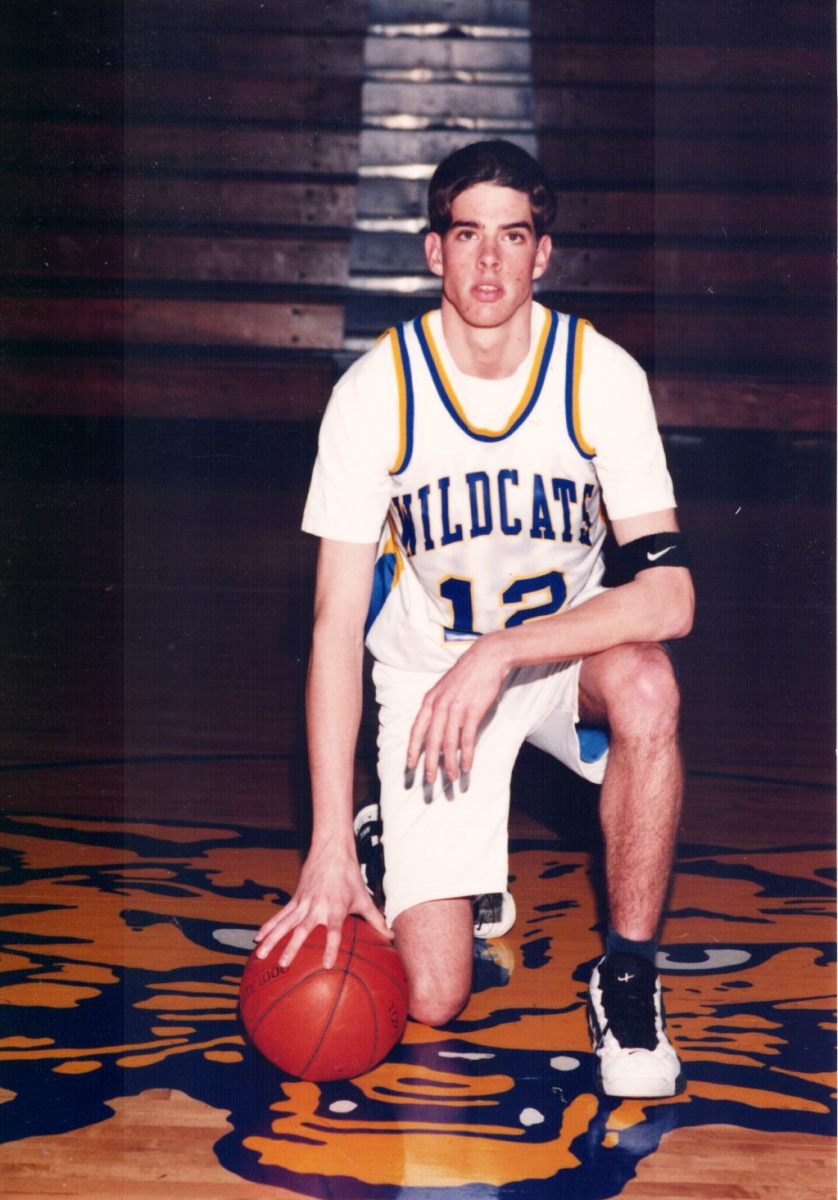 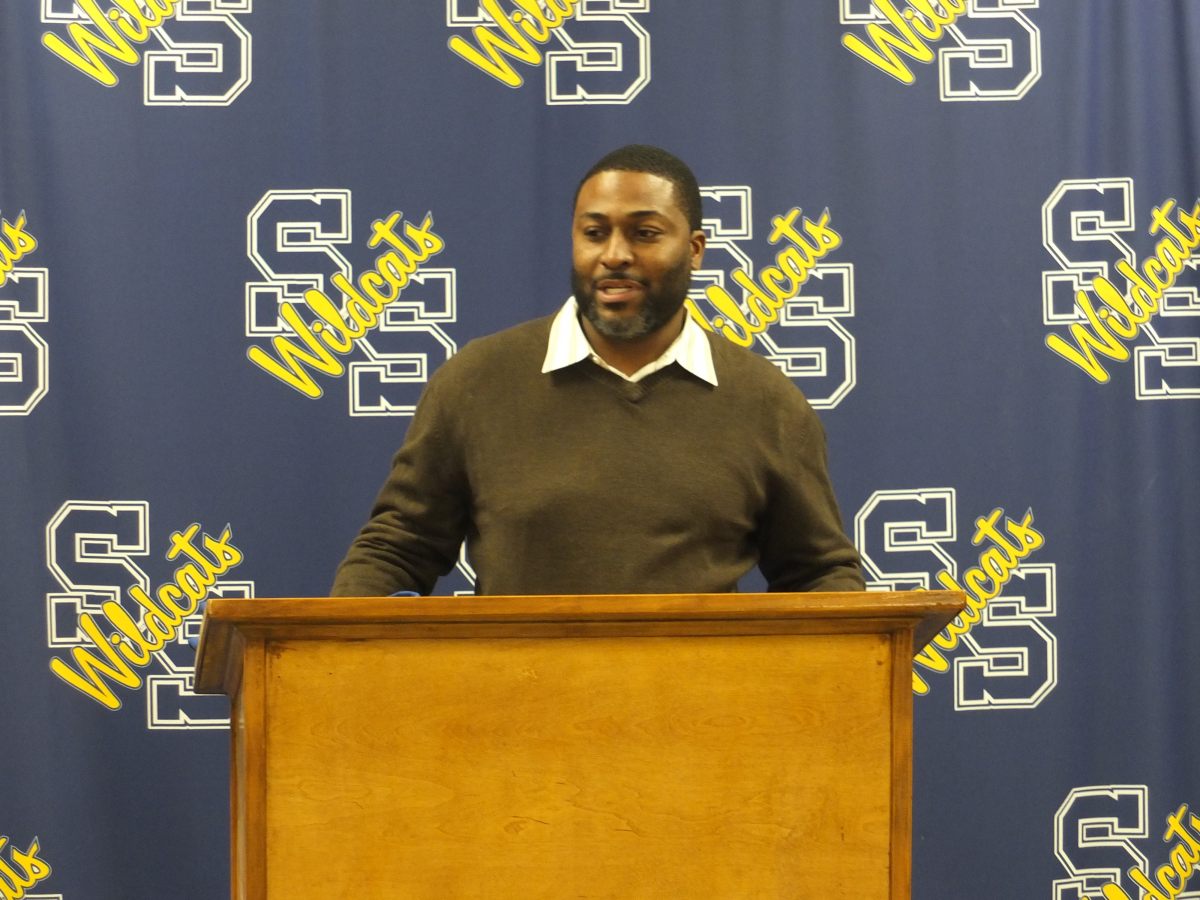 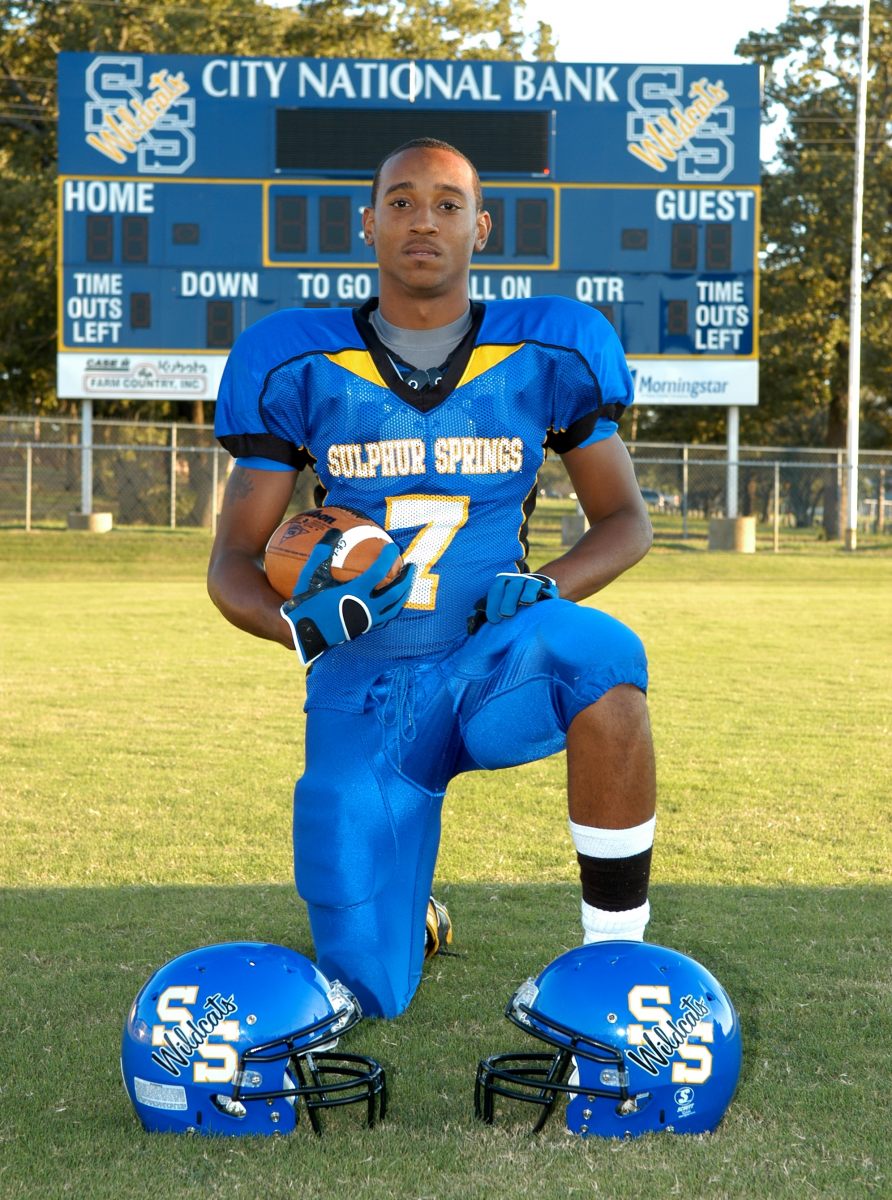 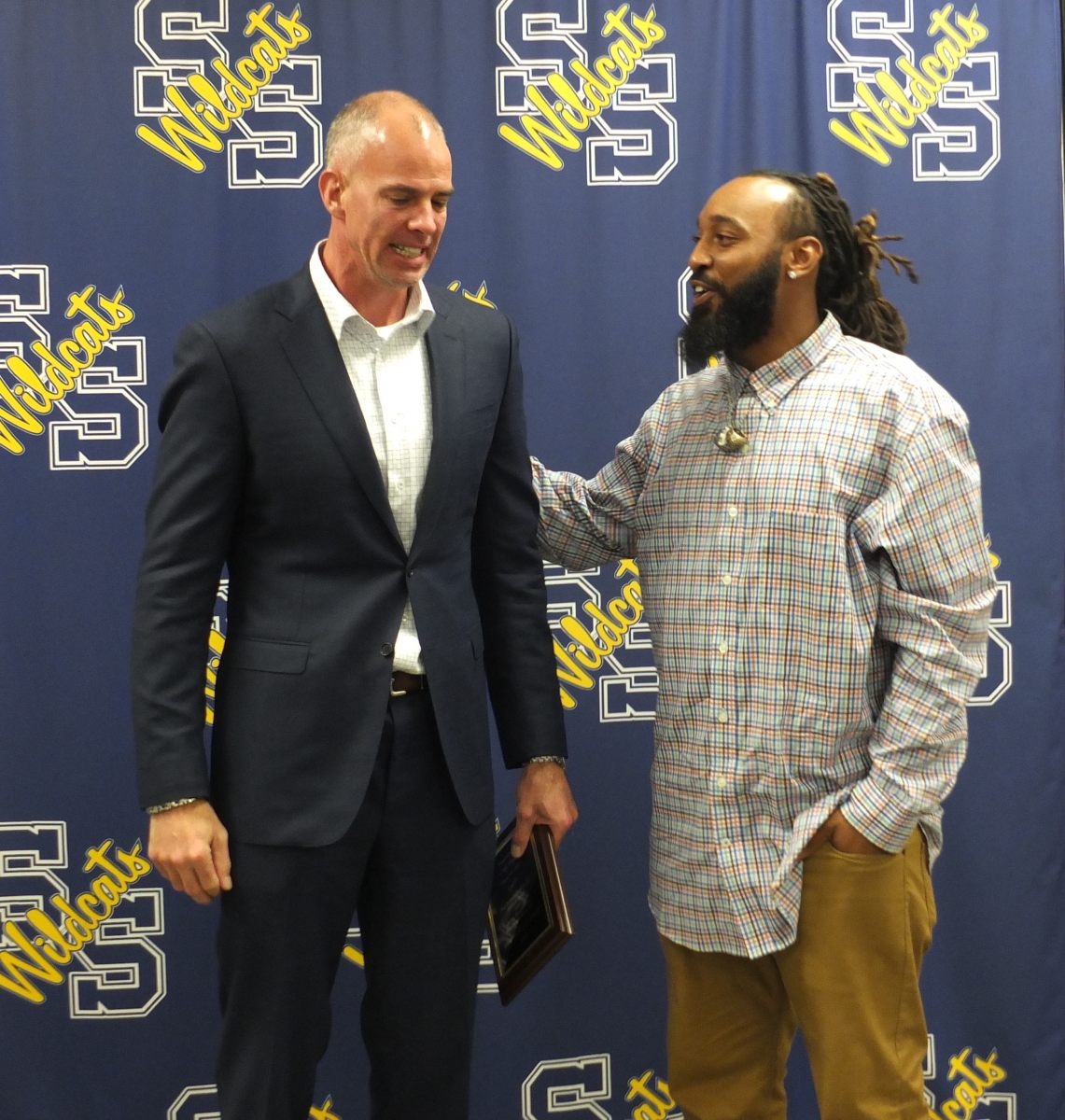 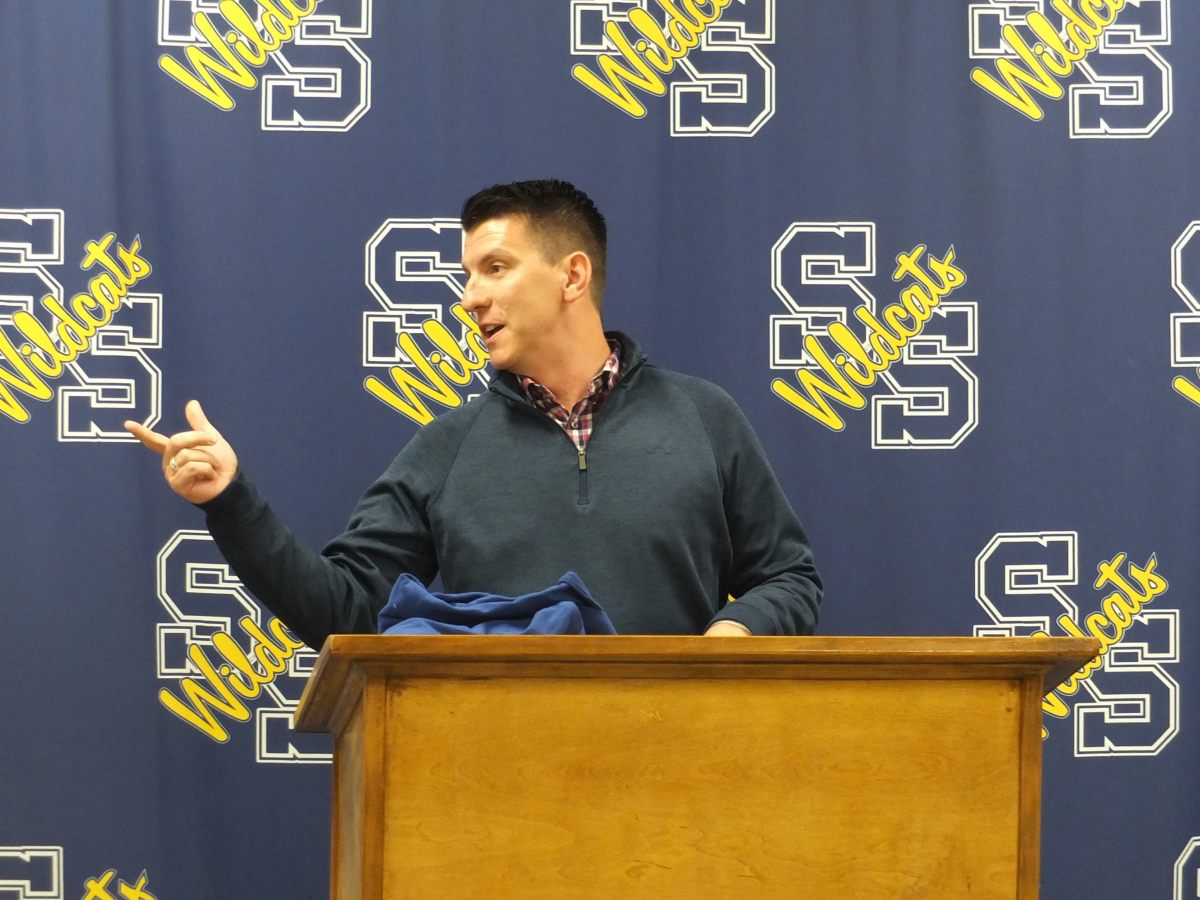 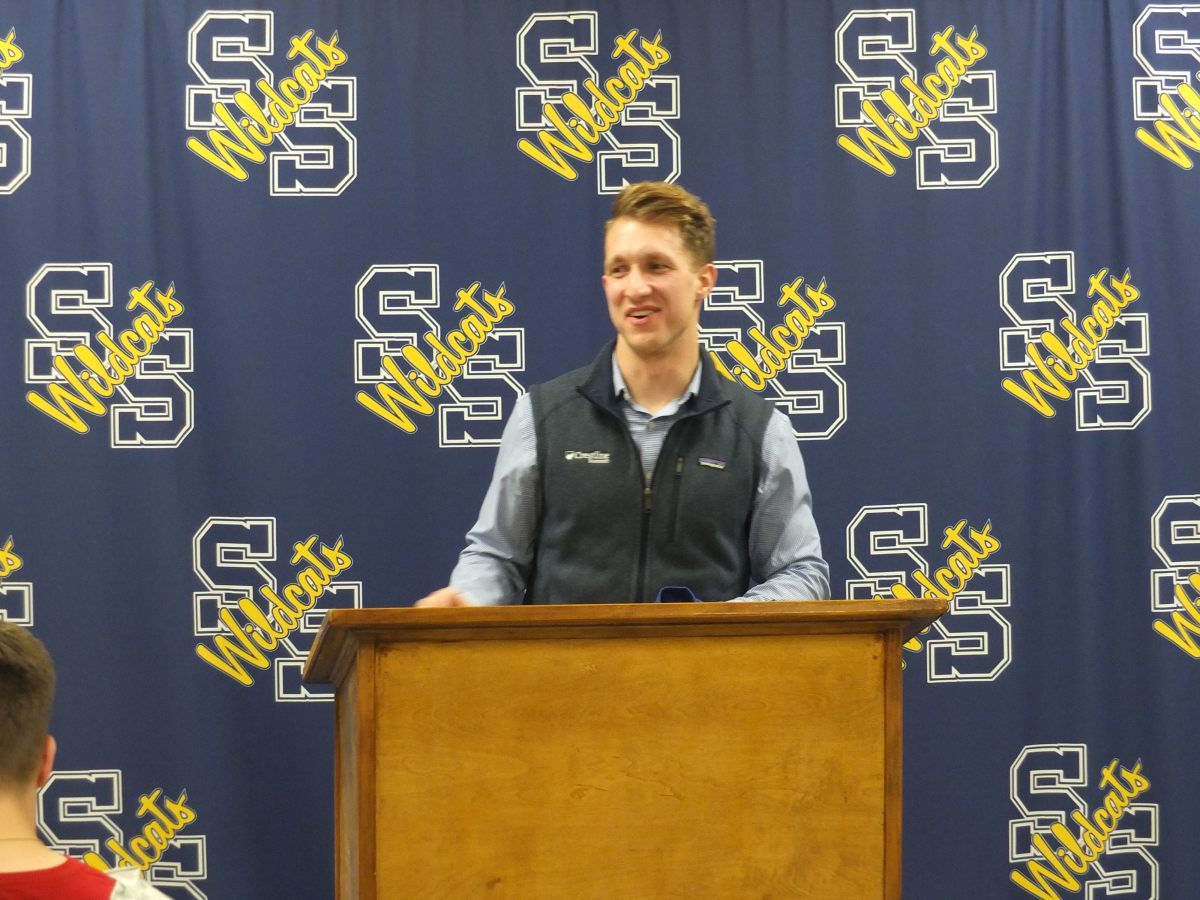 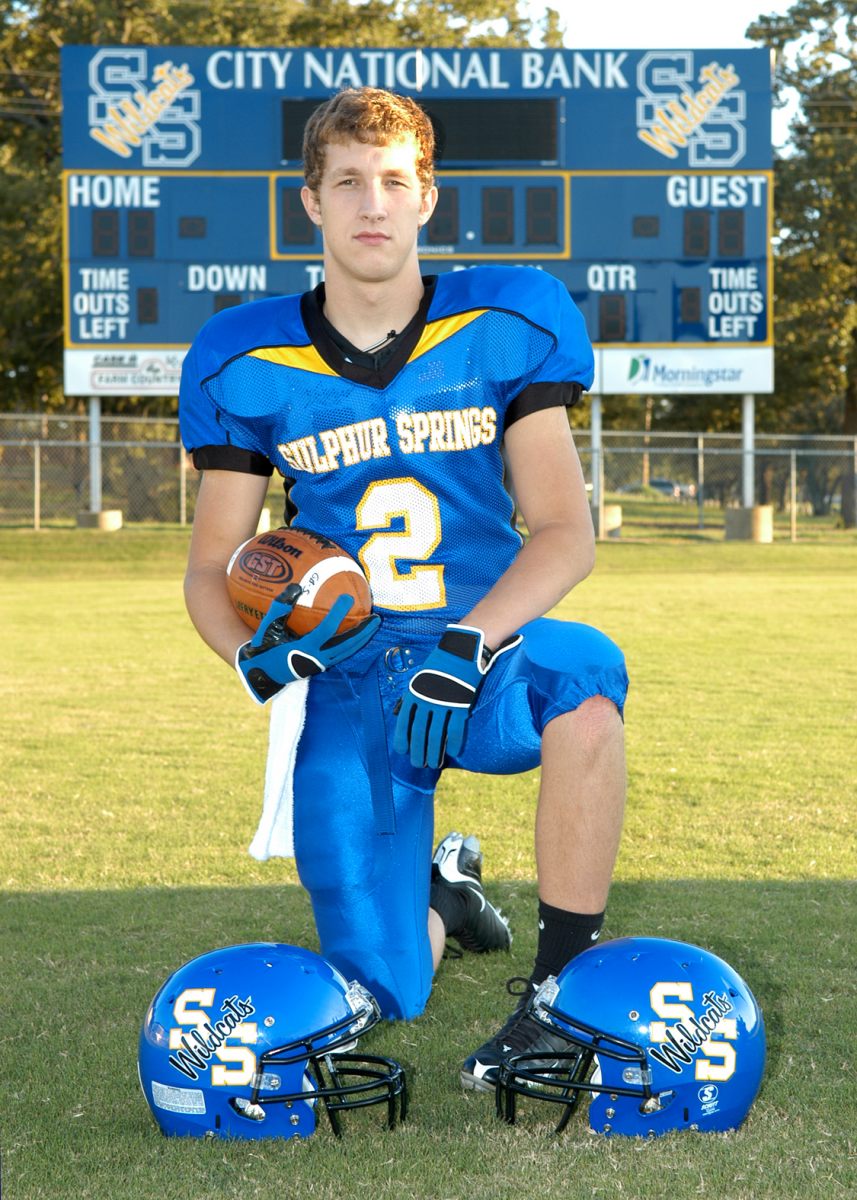 The following bios were provided from Butch Burney and John Pearce

Tyrik Rollison, the son of Brenda Rollison and Michael Kelly, was the pilot of the Wildcat’s aerial show during the late 2000s. A three-year starter, he accumulated more than 9,000 yards passing and holds virtually all school passing records.

He was a Parade All-American, EA Sports All-American, a two-time All-State player, District Most Valuable Player, and was ranked as the second dual threat quarterback in the nation by Scout.com. He was selected to play in the prestigious US Army All-American Bowl.

His senior year alone, he threw for 4,728 yards, completing 73 percent of his passes (315 of 428 attempts) and threw 51 touchdowns with just 15 interceptions. All of those are school records. Additionally, he rushed for 1,094 yards. In his career, Rollison threw for more than 9,000 yards and 88 touchdowns, completing more than 70 percent of his passes. He additionally ran for almost 2,000 yards. More importantly, he led the Wildcats to a 14-2 record in 2008, including a win over Dayton in the Class 4A state championship game in which the Wildcats rolled up more than 800 yards of total offense.

He was recruited to Auburn University, where he was redshirted for one season before transferring to Sam Houston State. A preseason injury ended that season, and he transferred to Tyler Junior College, where he was a two-year starter and was named Third Team All-American. He then finished his college career at Texas A&M-Commerce, where he was a First Team Lone
Star Conference selection and led the Lions to the conference championship. In his A&M-Commerce career, he threw for more than 5,000 yards and 43 touchdowns in 17 games. He owns 10 A&M- Commerce passing records.

He now resides in Sulphur Springs and runs a nonprofit summer workout camp called TKP722, whose motto is TTP (trust the process) for youth that are willing to be active and want to learn.
Presenting his honor will be his uncle, Torio Kelly.

Jace Jackson was Rollison’s favorite target in high school, and holds virtually all of the school’s receiving records. Jackson was known for running precise routes and catching any ball he could get his hands on.
During his SSHS career, Jackson caught 150 passes for 2,270 yards and 25 touchdowns. He also holds the school marks for single season receptions (105), yards (1,550) and touchdowns (19) his senior year.

He was also a two-year letterman in baseball, earning 2008 All District First Team and 2009 All District Second Team honors. Jackson played football at Sam Houston State for two seasons, then transferred to West Texas A&M, where he graduated. In his college career, he had 84 receptions for 811 yards and 12 touchdowns. In his senior season, he was named All Lone Star Conference Honorable Mention tight end. He was also an Academic All Conference selection from 2011-2013.

Jackson has been married to his wife, Laura, for four years. He is the son of Dr. Phil and Jill Jackson, and his siblings are Jenner and Jordan Jackson. He resides in Fort Worth and is currently working for Crestline Investors Inc. for the Summit Equity Alpha Strategy as a senior analyst.

He will be receiving his induction plaque from Colby Peek, his high school position coach.

Cody Payne, Class of 1997, was a four-year letterman in basketball who set the school’s all-time scoring mark his final season at SSHS. The 6’7” scoring sensation was nominated for the McDonald’s All-American game as a senior and was named First Team All-State and All-Region. He was also named District MVP after averaging 24 points per game.

Payne set the school record for most career points, rebounds, 3-pointers and field goal percentage. The team also set a record with 25 wins his senior year. As a junior, he was named District MVP after averaging 21 points per game. He averaged 16 points per game as a sophomore and 10 as a freshman. In addition to basketball, Payne was also a 2-year letterman in golf for the Wildcats.

After high school, Payne attended Cheshire Academy Preparatory School in Cheshire, Connecticut, then played for Bossier Parish Community College as a freshman. He transferred to Collin County Community College, where as a sophomore he was an all-league selection and Conference Co- Player of the Year when he averaged almost 14 points and 11 rebounds per game and also led the NTJCAC in conference scoring. He also set a school record for rebounds in a season and in a game.

In 2001, he transferred to the University of New Mexico for his junior year, playing in 21 games with a season high 11 points and eight rebounds against Brigham Young. However, his college career ended due to chronic knee problems that resulted in two surgeries. Payne resides in Sulphur Springs and is currently part of the family business, Payne Electric Company, where he is a thermographer, project coordinator and Chief Purchasing Agent.

His parents are Rick and Kathy Payne, and he has one brother, Matt and his wife, Karla Payne.

His presenter will be high school coach Craig Philo.

Paul Buchanan was best known for his prowess on the football field, where his skills as quarterback, punter, kicker and defensive back led the Wildcats to a district championship in 1952, but he was a true all-around athlete.

Buchanan was a two-year letterman and was named First team All-District quarterback in 1952 when he led the team and district in scoring with 71 points. He was best known for his ball handling deception and his run-pass option. He also held the SSHS record for extra points kicked in a season (23)
for many years.

For his prowess, he received a football scholarship to Baylor University, where he led the freshman team to the Southwest Conference championship. He didn’t play football after that season, but returned to Baylor as a student and earned both his bachelor’s and master’s degrees there.

In basketball, he was the only sophomore to letter on the 1950-51 SSHS District championship team and was named Honorable Mention All-District. As a junior he was Second Team and as a senior First Team All-District and led the team in scoring.

In baseball, he lettered as a pitcher and later played on the Sulphur Springs Eagles of the Northeast Texas Amateur League in 1953.

Buchanan became a coach near Waco, then later moved to El Paso where he bought and operated two businesses before moving to Colorado in 1992 with his wife, Holly. He was an avid golfer who was shooting his age when he turned 70. Buchanan passed away in 2012 at the age of 77.

His award will be accepted posthumously by Wildcat historian and Hall of Honor member Johnny Pearce.