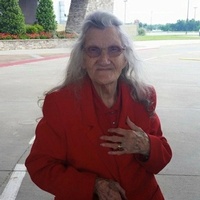 She was born in Hunt County, Texas, on October 27, 1923, to Aquilla Bonita Fulfer and John Fulfer. She worked in sales for Neiman Marcus and was a homemaker. Marie married Jodie Fortenbury on December 6, 1945 and he preceded her in death in February of 1996. Besides the love for her family, Marie also taught Sunday school at Shady Grove Baptist Church for many years. She was an avid Texas Ranger and Dallas Cowboy fan, often staying up until all hours of the night to make sure she saw the end of the game.  Another pastime of Marie’s was making handmade quilts full of love for friends and family.

Those that preceded her in death include her husband, parents, two brothers: Marshall Blalock and Marion (Bud) Fulfer, a sister Mary Timberlake, her son-in-law Cloyce Robnett and a grandson Cloyce Robnett II (Jay).