During his previous twelve year career as Sulphur Springs Middle School Band Director, one of Spencer Emmert’s duties at one time was conducting summer percussion camp for the late High School Band Director Charles McCauley. After McCauley passed away this spring, the SSISD hired Emmert as Band Director. Emmert spent the past four years as the Winnsboro Band Director.

Monday (July 16) morning, Middle School Assistant Band Director Jeffrey Garza opened a summer percussion camp for new band director Emmert. The percussion section will go it alone this week and then will be joined by the Color Guard next week. The full band will gather beginning July 30. Emmert said the percussion section has a more developed and complex role in the band thus the head start. He said numbers in the percussion session Monday were where they should be, Emmert added all members of the section showed up Monday morning. 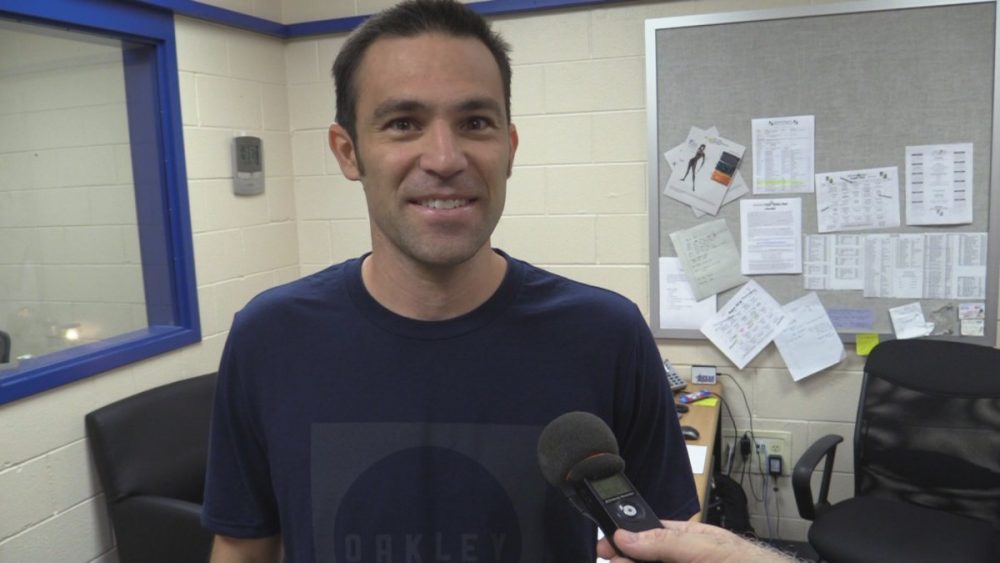 He said this year’s band show will feature electronic or techno music based on the soundtrack for the movie Tron Legacy. Students began working on the show this spring. Emmert promised LED lighting, props and special effects. He anticipates about 120 in this year’s band. Emmert said lots of juniors and seniors in the band would remember him from his middle school days. He said he felt like he had come home.

Emmert praised the band’s staff for getting the band through the tough transition after McCauley’s death. He said the band appeared to be entering this school year with great momentum. Emmert said attendance was about 95% during a pre-summer camp in May.