The Color Guard for the Wildcats Marching Band is involved in a camp this week (July 23-27). They started Monday morning. Their instructor this year is Alma Ramirez. She is being helped at camp by 2018 SSHS senior and color guard veteran Celeste Leeds Laliberte. Ms. Ramirez, a Bowie Library Aide and former SSISD ESL Aide and substitute teacher, said she learned about the need for a color guard instructor from Bowie Music Teacher Christi Emmert, wife of new Band Director Spencer Emmert. Ms. Ramirez was in color guard at Tyler Junior College and in high school at Alba-Golden. She said there are 18 members in the color guard this school year. Sixteen were at camp Monday morning. Ms. Ramirez said she has met with Director Emmert who explained what he was looking for and what he expected from the color guard. Ms. Ramirez said she is excited about the music in this fall’s band show called The Grid. Monday morning color guard members went through drills designed to perfect technique. Ms. Ramirez said by the end of the week she hopes the color guard will be very nearly clean on fundamentals while being close to having down the first and second guard routines in the show. The entire band will gather Monday for an attendance required orientation session from 1 p.m. until 3 p.m. 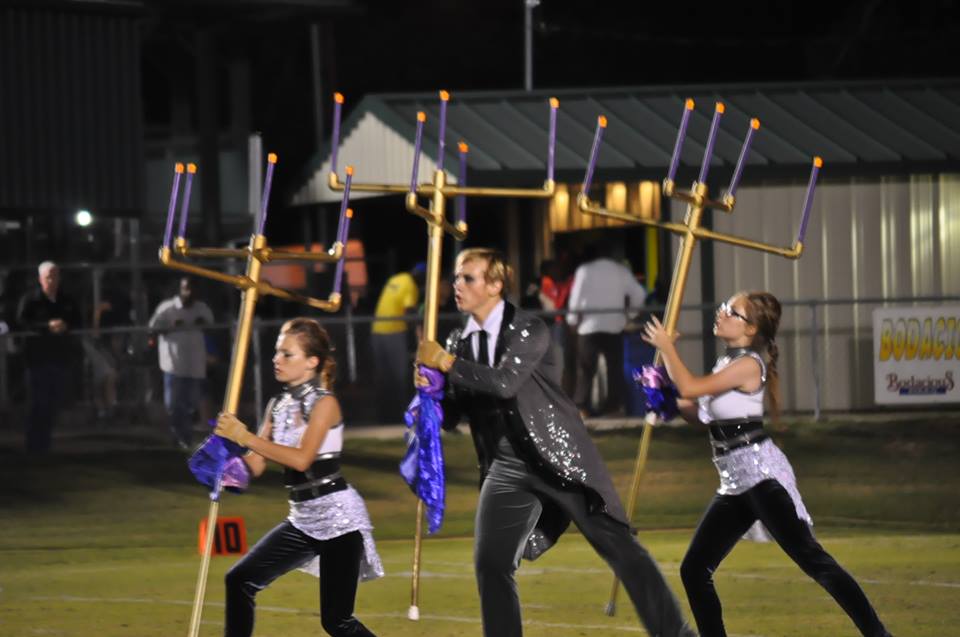