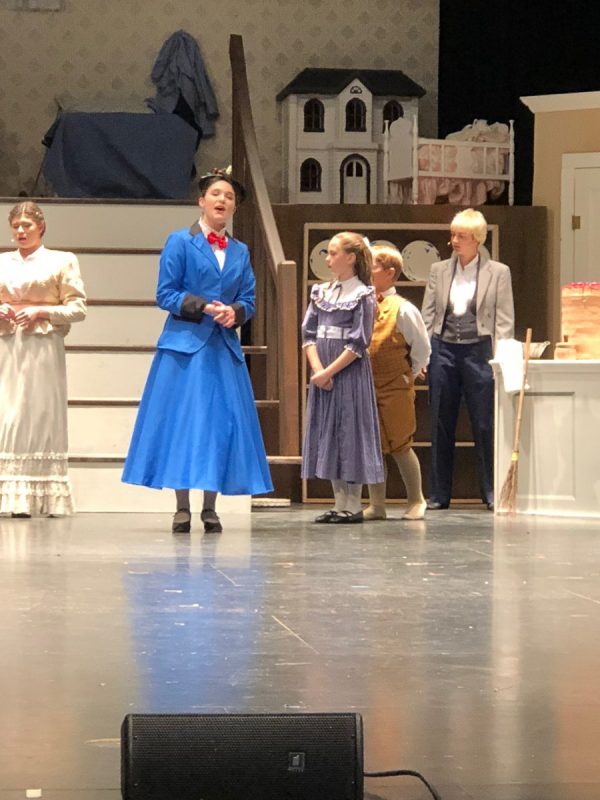 Shining Star Productions ‘Mary Poppins’ cast Kassidy Branch as the magical nanny, shown in this scene with her young charges, Mrs. Banks and a servant in the Banks home. The teen/adult cast will appear in three shows; Friday July 20 and Saturday July 21 at 7pm also Sunday July 22 at 2pm. The youth cast (not shown) will appear in two matinee performances on Friday and Saturday July 20 and 21. The play is staged in the SSISD Auditorium inside the Hopkins County Civic Center. Tickets are $12 person at the door. 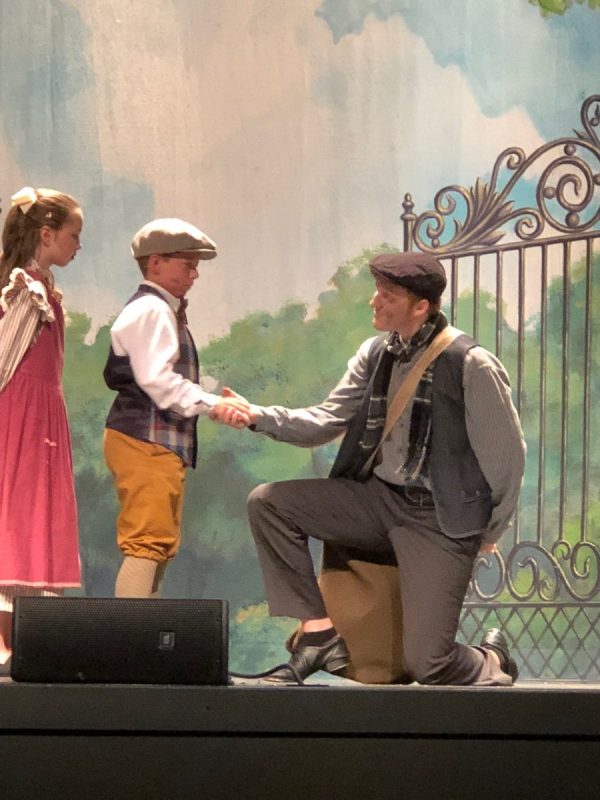 Josh Thompson as “Bert the Chimneysweep” with the Banks children, played by Micah Ray Petty and Deya Williams 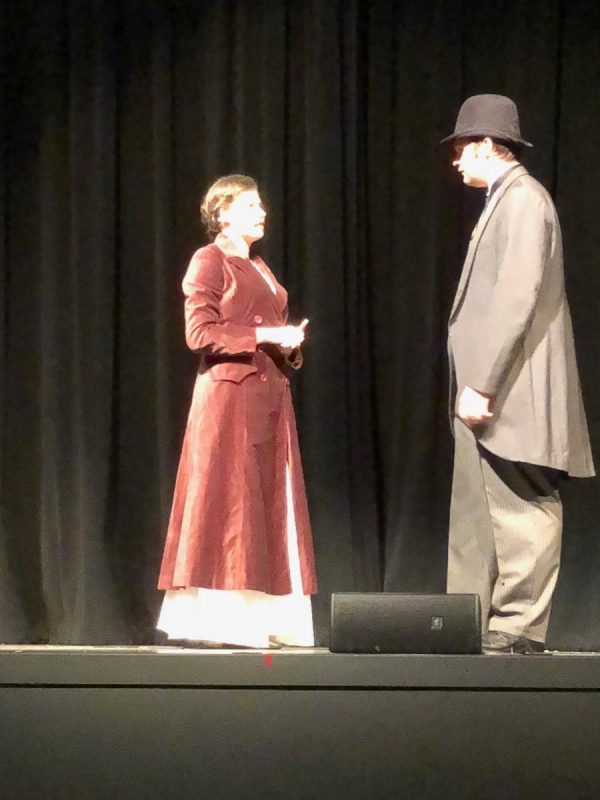 Brianna Isom and Kalon Branch as Winnifred and George Banks 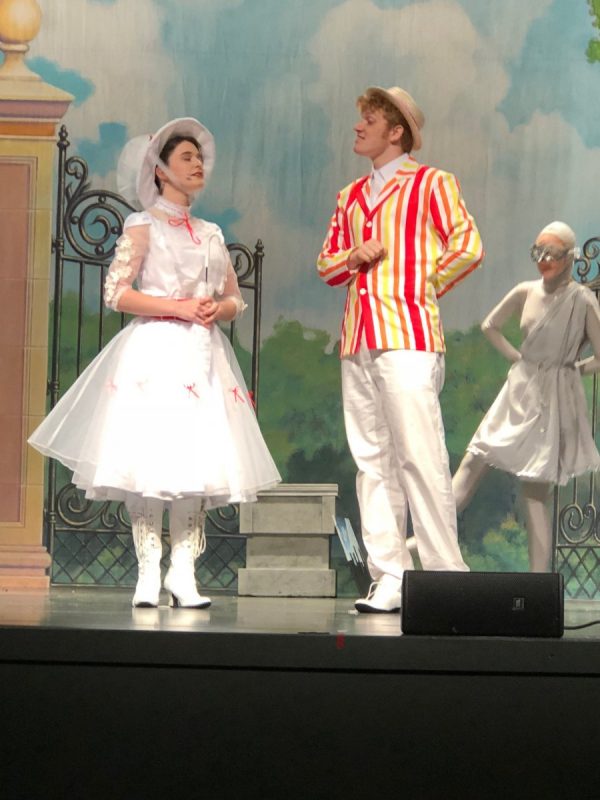 The actors of all ages demonstrate amazingly professional talent in singing, dancing and acrobatics, including the chimneytop “Step in Time” tap routime 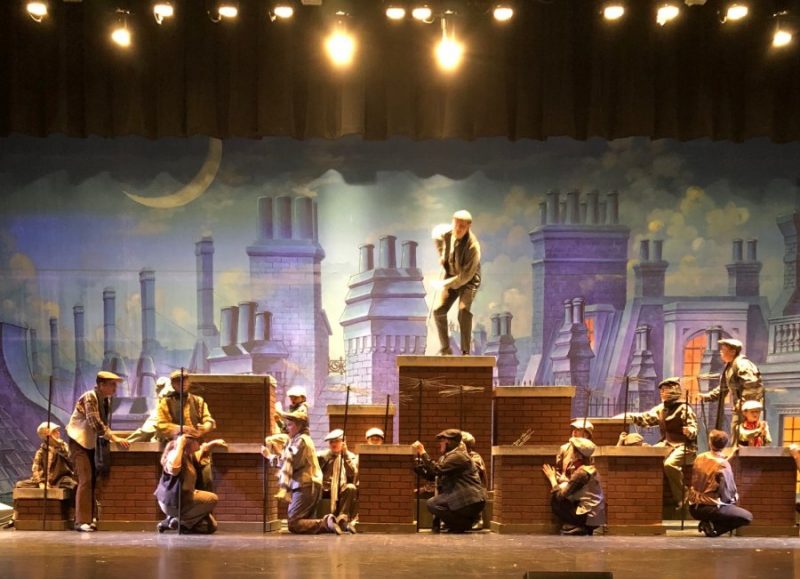 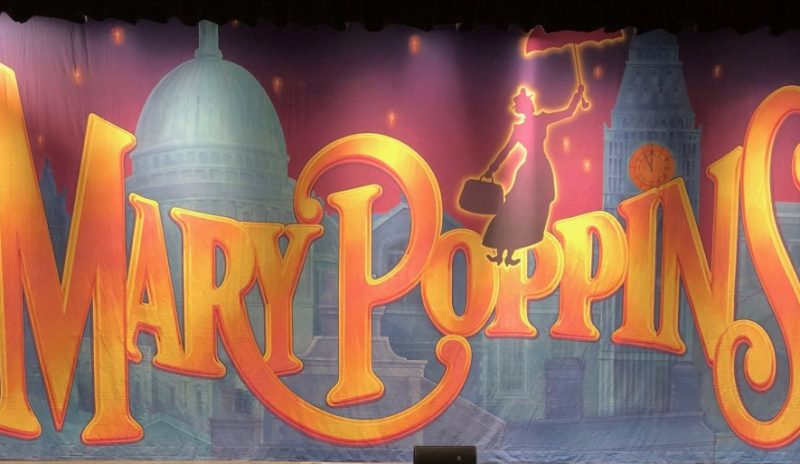