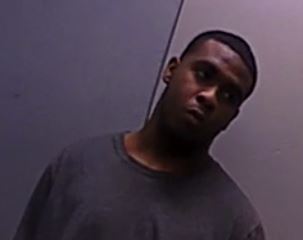 Mount Vernon—On June 28, 2018, the Tobacco Rhoades Smoke Shop, in Mt Vernon, Texas was burglarized by two unknown individuals. An investigation by the Mt Vernon Police Department Criminal Investigation led to the collection of crucial evidence, including DNA evidence, left at the scene. On July, 5th, the Fort Worth Police Department, assisted by MVPD Lieutenant Joshua Daily, executed a search warrant that was obtained by the Mount Vernon Police Department at 2313 Kelton Street, in Forth Worth, Tx. As a result of that Search Warrant and evidence collected during its execution, Jimmy Ray Mitchell Jr. was arrested and charged with burglary of the Mount Vernon Tobacco Store.

Additional evidence collected during the search warrant will enable investigators in Tarrant, Denton, Collin, Rockwall, and Hopkins counties to obtain warrants in similar burglaries committed in their own jurisdictions by Mitchell and his accomplices. Numerous agencies, including Mount Vernon, Sulphur Springs, Denton, Plano and Fort Worth Police Departments contributed to this investigation and arrest.

The investigation is ongoing and leads on numerous other suspects involved are being pursued. More information will be released as it becomes available. Sheriff Ricky Jones commended Lt. Daily in his efforts in this investigation and stated that, “his hard work has broken open an organized burglary ring that reaches across all of Northeast Texas.”

On June 28, 2018 at approximately 4:01 a.m. two suspects broke the glass at Tobacco Rhodes in Mount Vernon and stole numerous cartons of cigarettes. The video below assisted in the investigation.