Video Presentation: From the History and Heritage Files of Channel 18, 1991 Opening Ceremonies at Southwest Dairy Museum

It has become a landmark in Sulphur Springs. The Southwest Dairy Museum, 1210 Houston Street, a 10,000 square foot facility is described as a typical dairy-farm style building featuring a five-story silo. Funded by the dairy checkoff program, the museum serves as a headquarters for many activities sponsored by the Southwest Dairy Farmers. 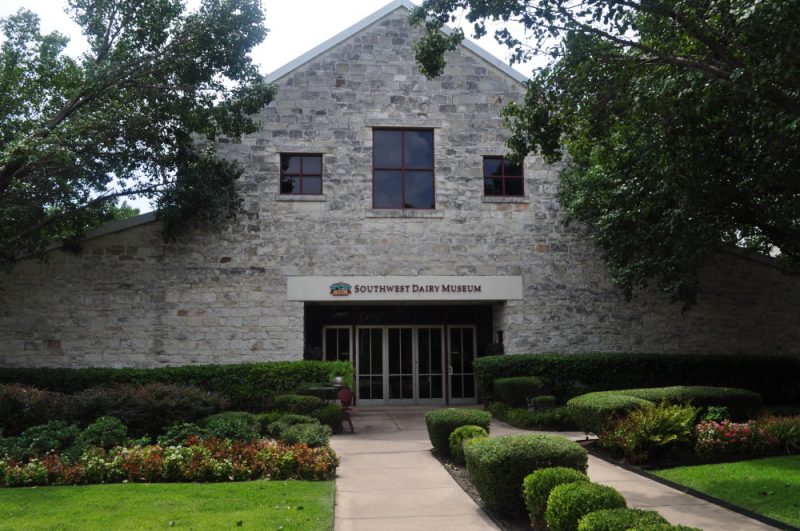 Exhibits include the life of a dairy farm before electricity came to rural areas and demonstration on separating cream, the first stem in dairy production.

The idea for the museum began in 1982 and became a reality in 1991. Here from the KSST/Channel 18 History and Heritage File is the ceremony that opened the museum in 1991.