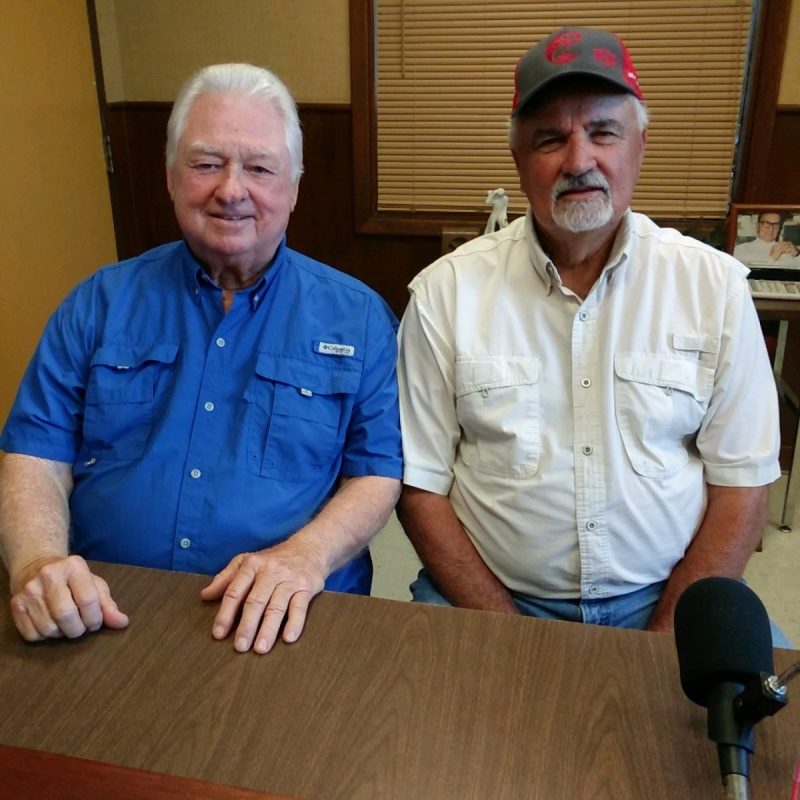 Don Overstreet and Jack White started fishing together about six years ago. They’re both involved in competitive and recreational fishing with Lake Fork and Winnsboro Clubs. Don spent 41 years as working owner of Interstate Body Shop before he handed the business over to his son-in-law, Chuck Sickles. Jack spends about half his time with his commercial construction business headquartered in Irving, and the other half at his lakeside home at Yantis. On an average Thursday, they meet up for the Lake Fork Anglers weekly tournament, attended mainly by members who are retired or semi-retired. It was during a recent Thursday tournament that a life-changing close call would affect this pair and another fisherman.

Don and Jack had finished fishing one of their secret spots on the lake, and had decided to move to another choice spot before heading in for the weigh-in. Don was steering his Legend boat along a boat lane and Jack was watching the water on both sides of the boat.  As they began to get up speed on the choppy water, Jack spotted a small orange object a distance away. He wasn’t sure what it was and became curious. He suggested to Don that since they had time, they should go check it out. Swinging the boat around and approaching slowly, Jack could see that the orange object was a life preserver, and then a moment later he saw a hand barely rise above the waves. Getting closer, they saw an exhausted man in the water wearing a child’s life jacket over one arm and getting swamped in the face by each wave. They knew he needed help! Jack and Don had a struggle getting him out of the water, but using the tilt control on the boat’s big motor, they finally got the man into the boat with just a few scrapes. He was soon covered up with a jacket and being tended to by the outdoorsmen. With a catch in his voice, Don reports the man’s first words were “I’m sure proud to see ya’ll”. The man explained that the waves had overturned his small metal boat while he was checking his trot lines and that he had been in the water for awhile. He’d first thought he would try swimming to shore, but soon realized that waiting near a boat lane was his only option. Jack admits that being an observer by nature, he usually keeps an eye out for anything unusual when he’s on the water. He’s sure glad he was watching that day! As they moved out toward the man’s boathouse, the pair became assured that he was going to be alright. At the boat ramp, they shook hands and wished each other well as he went up the hill toward his house. They didn’t even get the man’s name, but they did refuse his repeated efforts to pay them for their trouble.

For Don, the rescue is a first in all his years of fishing, and admits it made for a most rewarding day on the lake.  Jack’s response is that as outdoorsmen, we must be ready to assist in any way we can, and that safety can never be stressed enough. “We are just glad we were there to help”.  Jack, a lifelong Mason and member of Yantis Masonic Lodge #382, was awarded with the Golden Trowel, the highest recognition a member can receive. And Don quipped he got his “reward” about a week later when he won a boat during the Legends Tournament on Lake Fork. Both fishermen expect to continue their habit of meeting for the Lake Fork Anglers Thursday Tournament. 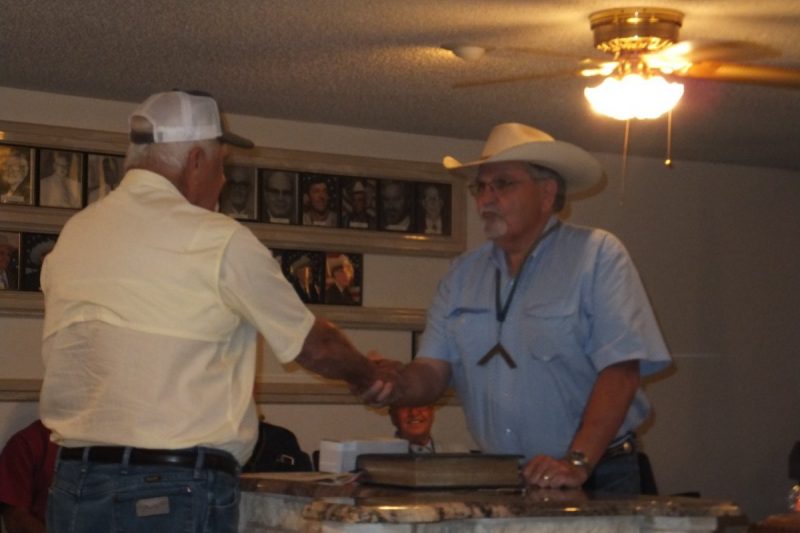 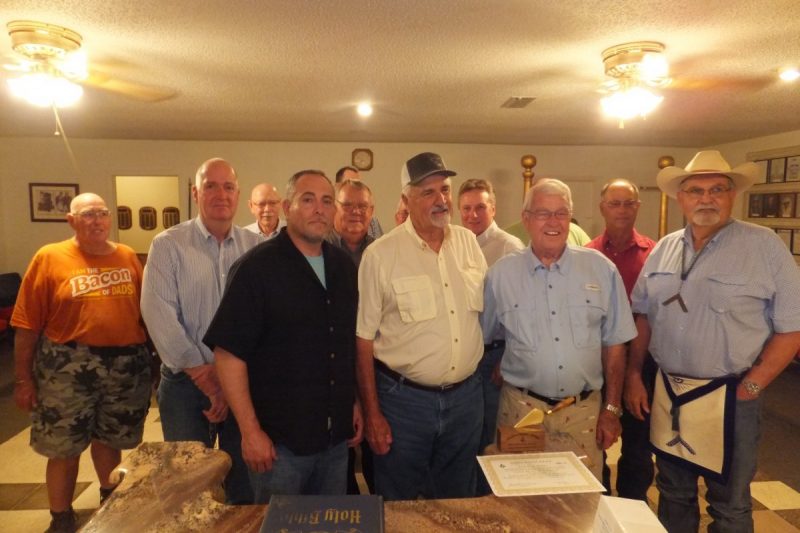 Front Row Center, Jack White. To his left are his business associates Bob Cornia and Chris Cabuto, and to his right Jerry Turner and Jerry Williams of the Yantis Masonic Lodge. Other Lodge members and officers were also present to bestow the award to White.