Brawley Sentenced in One Case; Two Others in Recess

Home » Featured » Brawley Sentenced in One Case; Two Others in Recess

Victoria Grace Brawley is sentenced to five years in prison for one indictment and the two other indictments are in recess pending her performance during the first years of incarceration. 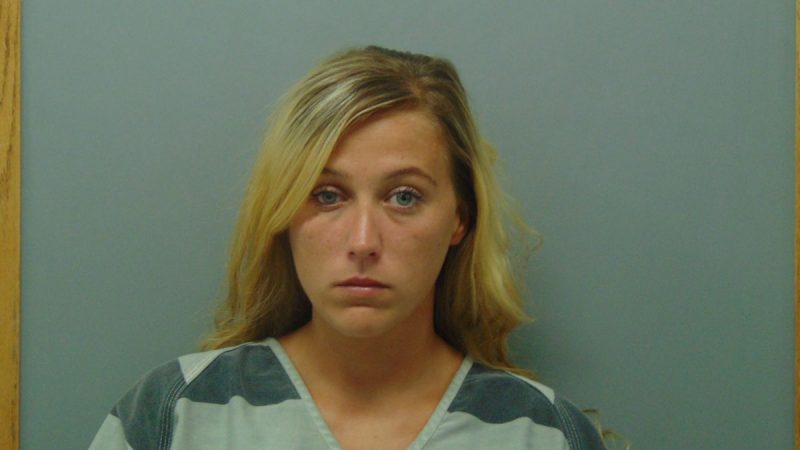 In a unique sentencing Wednesday afternoon in Eighth Judicial District Court, Judge Eddie Northcutt placed Victoria Grace Brawley, 26, of Azle, under more responsibility to and a greater scrutiny of the court. Brawley, who has remained in jail since her arrest on December 18, 2017, was indicted on three counts of Aggravated Assault with a Deadly Weapon following her involvement as a driver in a two vehicle accident that injured three adults and one child.

In summary of the charges, Assistant District Attorney Clay Harrison noted, “On December 9, 2017, she crashed the Crown Victoria she was driving into another car at a high rate of speed on Interstate 30, causing the other car to flip over. Inside the car was the McDonald family, who were returning from a Christmas shopping trip to Hobby Lobby in Greenville. The crash caused two occupants of the vehicle to be ejected. One suffered an injury to his skull and a medically diagnosed brain bleed. The other person fractured their spine in multiple places and skidded on the ground for several feet, resulting in serious injuries to their skin. This person suffered from temporary paralysis and has since undergone back surgery. Also present in the car was a six-month old baby girl and her grandmother. Fortunately, neither of them suffered serious injuries. All occupants of the vehicle survived the incident. Shortly before the crash, multiple witnesses observed the defendant driving at speeds of up to 100 miles per hour. In her system at the time of the crash was alcohol at a BAC of .099 (above the legal limit in Texas), methamphetamine, and THC (the active chemical in marijuana). The defendant told officers that she had not consumed any alcohol but that she was tired and had fallen asleep.”

According to Brawley’s defense attorney and former District Attorney Martin Braddy, the judge gave Brawley 5 years on one indictment. However, he placed the other two cases in recess. That means that a sentence was not given but will be at a later time. Braddy said, “If she does good in prison, when she gets released [the judge] will give her 10 years’ probation on other two cases. If she does bad in prison, when she’s released he will give her 15 years on the other two.” Brawley will have specific responses to achieve during her term in prison. Brawley will serve a minimum of 2.5 years before being eligible for parole due to aggravated assault parole rules.

Harrison stated, “Defendants and their families often say things like, ‘But they didn’t mean to hurt anyone.’ In Texas, many felonies are based on “recklessness” which means it doesn’t matter whether the defendant “intended” to hurt anyone or not. For example, in this case, although the defendant clearly had no intent to cause the crash, she did make the choice to consume alcohol, methamphetamine, and marijuana. She then made the choice to drive at speeds of up to 100 miles per hour on our interstate. The fact that a serious crash occurred was entirely foreseeable and preventable by this defendant.”

Braddy called the ruling of Judge Northcutt “…tough but fair. It provided consequence for actions, while also providing the opportunity and incentive for Tori to make the necessary life changes to ensure that she will never put live at risk again.” Judge Northcutt said that the defendant’s actions were reckless and foreseeable. He said the fact that she did not intend to cause the crash did not excuse her conduct.

The sentencing followed a contested sentencing hearing that began Wednesday morning in Eighth Judicial District Court. Brawley had pled guilty in May to three indictments for Aggravated Assault with a Deadly Weapon and faced a range of punishment from probation to 20 years in each case. Had she been sentenced in all three cases, the sentences were expected to run concurrent. Under the current sentencing, she will be under the authority of the court for a longer period of time.

During the sentencing hearing, the victims testified that they forgave the defendant for what she did, but they still believed that justice required her to serve some time in prison and that probation would not be enough. Letters written by the defendant while in the Hopkins County Jail were also admitted into evidence. In the letters, the defendant wrote to another inmate that the charges she faced were “outrageous” because it was an “accident” and that if she had been in Tarrant County; she would have already been given probation for this crime.

For the defense, Braddy called her family as witnesses. They testified that she had been to rehab multiple times, that she was a good person with a good heart, and that they believed probation and more rehab would be the best thing for her.