The Wylie East Raiders used two big innings to defeat the Wildcats’ baseball team 9-3 at Wylie East Wednesday night and take a 1-0 lead in the best two out of three bi-district series.

The Raiders broke a scoreless tie with four runs in the bottom of the fourth to go up 4-0. They put runners on with a single and a walk and both runners scored on a double. A third run scored when a wind blown pop up on the infield was dropped. A single plated the fourth run. The Raiders added five more runs in the bottom of the fifth to go up 9-0. The Raiders batted around and used a walk, a single, a sacrifice, two more walks, a two RBI single and two run producing wild pitches.

The Wildcats finally got on the board with three runs after two were out in the top of the seventh inning. Ryan Humphries singled, stole second and third base and then scored on a Triston McCormick single. Jaxon Chaney followed with a two run home run. Chaney started on the mound and took the loss going four innings and allowing four hits, four runs only two that were earned with two walks and no strikeouts. Pacen Edwards pitched the final two innings allowing two hits, five earned runs with four walks and three strikeouts. The Wildcats actually outhit the Raiders nine to six but they were plagued with six walks and three errors.

After a day off Thursday, the series shifts to Wildcat Park Friday night at 7:30 p.m. Ryan Humphries is scheduled to pitch for the Wildcats. One more loss and the Wildcats will be eliminated from the playoffs. The Wildcats season record is now 16-13. The winner of the Wildcats and Wylie East series will play the winner of the Prosper and Frisco Centennial series in an Area playoff. 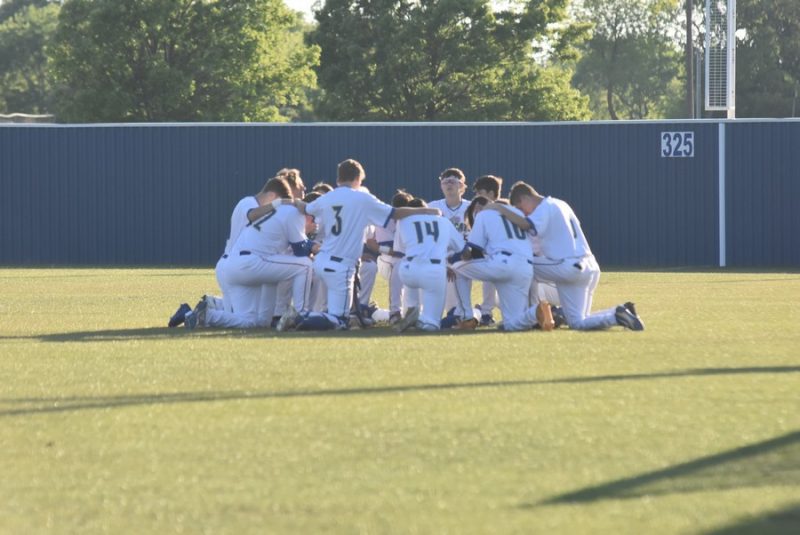