Thursday afternoon, May 10, 2018, four new members of the Sulphur Springs City Council received the oath of office following a canvass of Saturday’s municipal election. The four will receive the oath once again in a more formal setting when the council convenes for its June regular session. 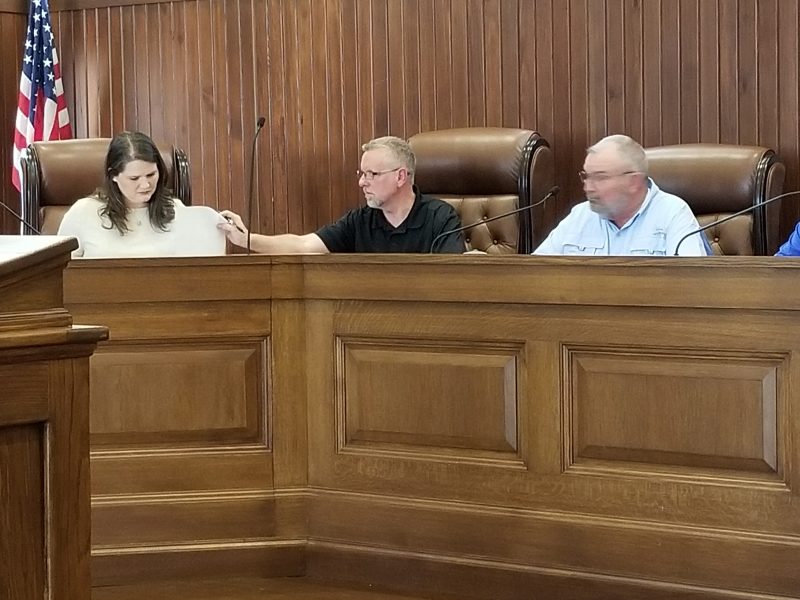 Mayor John Sellers read the official vote totals and declared Erica Armstrong, Jimmy Lucas, and Norman Sanders elected by the voters. Doug Moore was also seated on the council following his appointment to the council during the May regular session.

Gale Roberts administered the oath to each new member of the council. 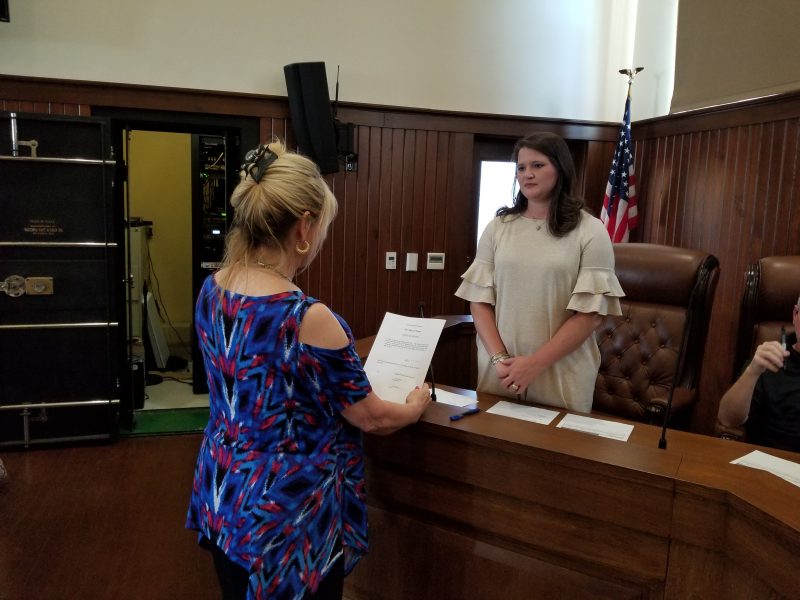 Elected Place 1, Erica Armstrong defeated incumbent Craig Johnson. Although Justin Davidson had withdrawn from the race, he did receive just over 40 votes. 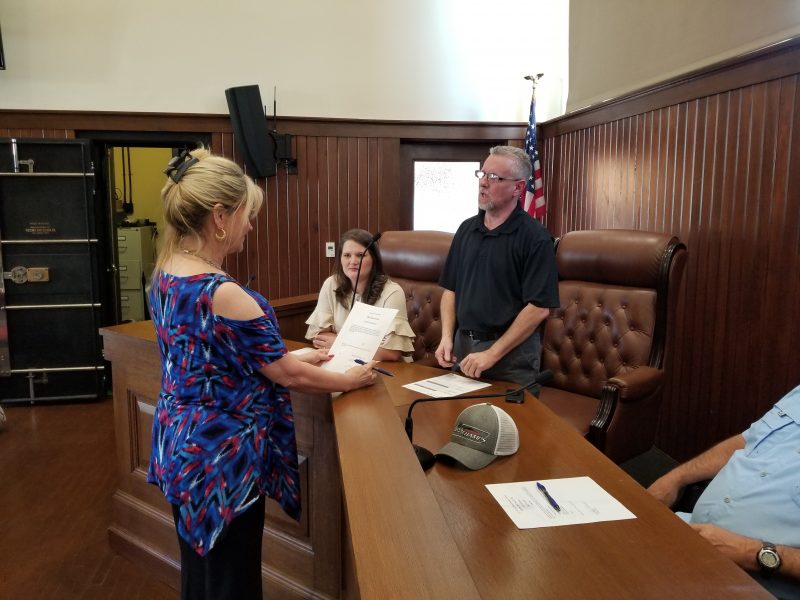 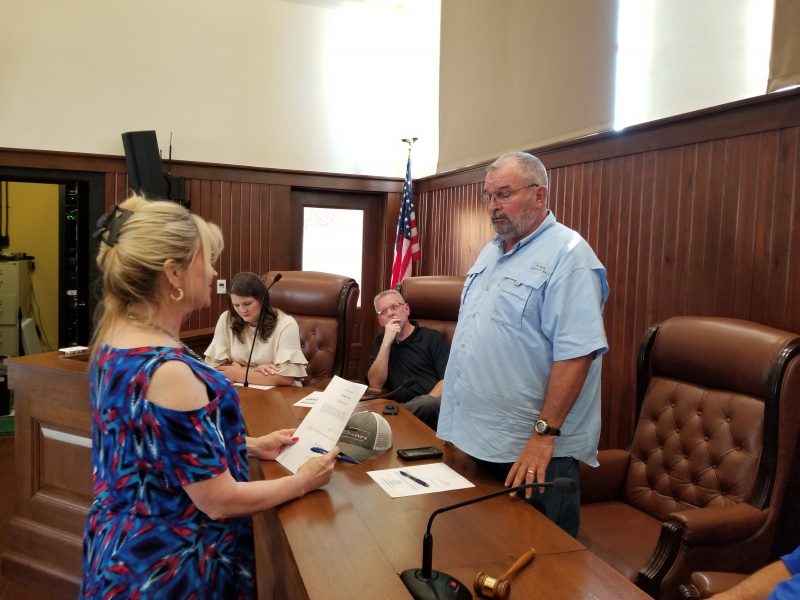 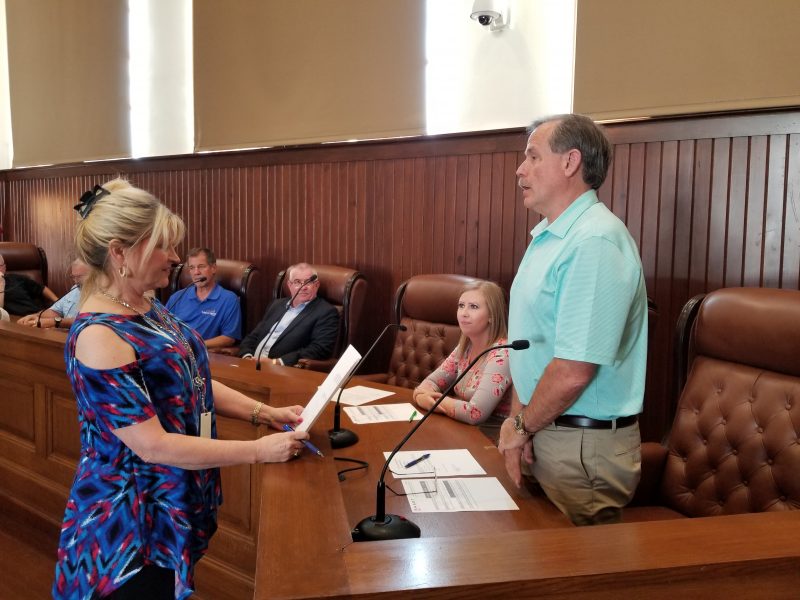 Appointed Place 4, Doug Moore replaces Dan Froneberger, who resigned from the council to pursue what he called higher ground-family and a spiritual calling.