As early voting in the Primary Runoff elections begins Monday, some question who may vote. The question is asked primarily due to two Hopkins County contests, County Treasurer and Commissioner Precinct 2, in the Republican primary that will determine the person who will be elected in November. There will be no challenger on the General Election ballot in November.

According to Donnie Wisenbaker, Chairman of the Hopkins County Republican Party, and the County Clerk’s Office , those eligible to vote in the Republican Primary include a registered voter who did not vote in the Democratic Primary and who did not sign a petition for a Democratic Candidate or any other non-Republican candidate running for office. The Voter will not need proof of voting in the March Republican Primary thanks to technology that tracks the primary in which the voter participated. The technology does not track for which candidate one votes.

Democrats will cast a run-off ballot for state nominees only.

Voting for the Primary Runoff elections in Hopkins County and the State of Texas is May 22. Early voting beings Monday, May 14th and continues through May 18th at the Justice of the Peace Precinct 2 Courtroom, 128 Jefferson Street, 8-5 p.m. each day. May 11th is the last day to receive an application for a ballot to be voted by mail.

An election officer may give voting order priority to individuals with a mobility problem that substantially impairs the person’s ability to move around. A person assisting an individual with a mobility problem may also, at the individual’s request, be given voting order priority. Disabilities and conditions that may qualify the voter for voting order priority include paralysis, lung disease, the use of portable oxygen, cardiac deficiency, severe limitation in the ability to walk due to arthritic, neurological, or orthopedic condition, wheelchair confinement, arthritis, foot disorder, the inability to walk 200 feet without stopping to rest, or use of a brace, cane, crutch, or other assistive device. Voters, who wish to be given voting order priority, and be accepted for voting before others in line to vote at that polling place, may indicate this to any election officer serving at the polling place. The presiding election judge will determine whether the voter and the voter’s assistant, if applicable, will be brought forward to the front of the line. 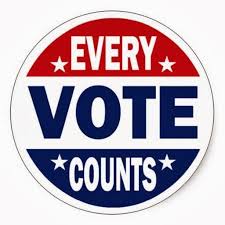