With more scholarships expected to be presented to members of the Class of 2018, Sulphur Springs High School Honors/Awards Program recognized those who have already been named to receive scholarships and those who have received awards. The assembly took just over an hour as Principal Derek Driver, staff, and members of various civic, military, business, financial, and educational institutions made presentations (see video below). The size of scholarship and monetary gifts ranged from $100 to $180,000. 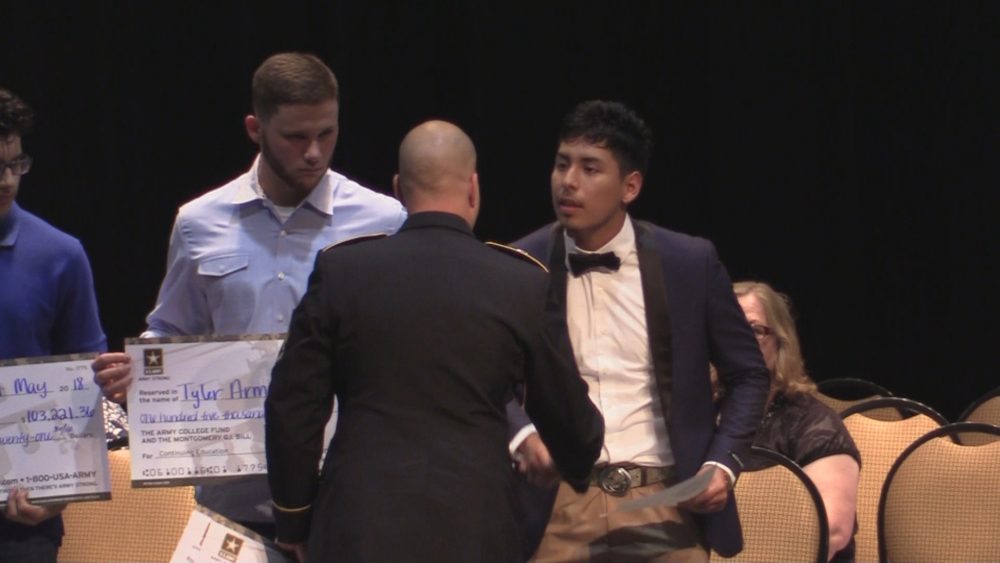 Scholarship awards to those entering military service amounted to well over one million dollars. Noah Johnson received a U S Marine Corps scholarship worth $180,000 and Jesus Abrego, Jose Munoz, and Tyler Armstrong shared Army scholarships totaling $986,000. Bryan Comacho will receive a scholarship from the Air Force. 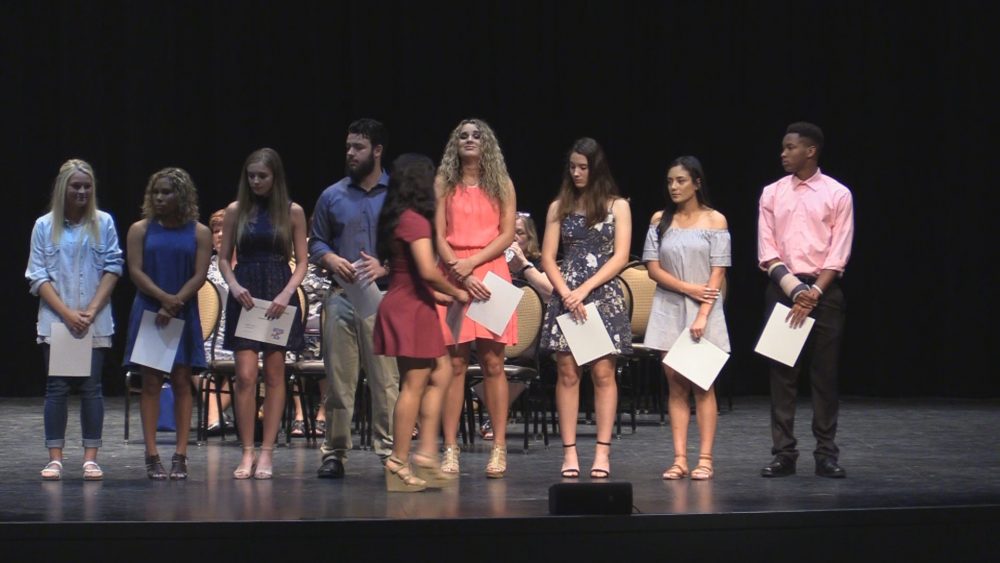 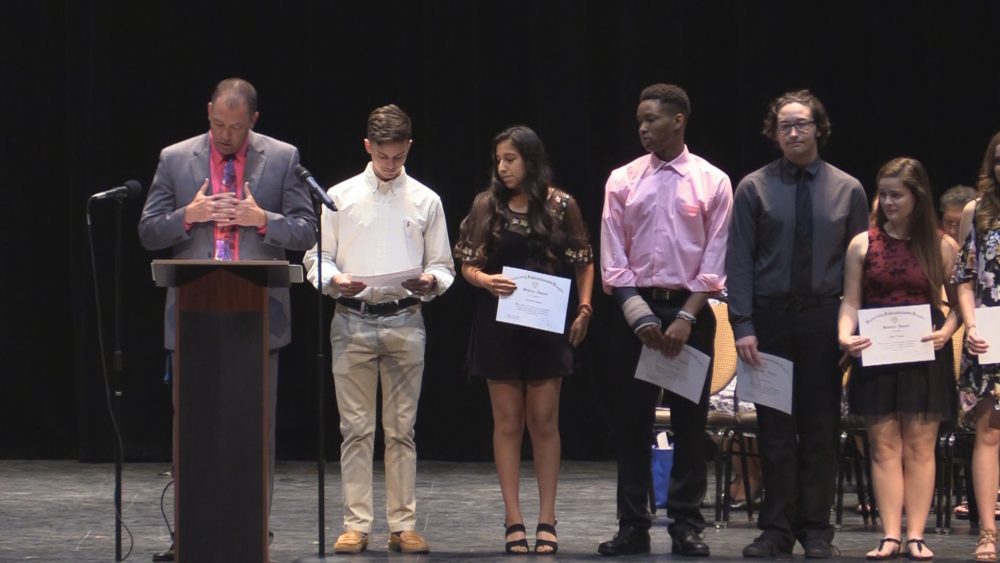 Several students received numerous scholarships from various institutions. However, the student’s choice school was noted during the assembly. Valedictorian Peyton Dietze was presented several awards and scholarships but she will be attending Baylor University, which awarded her a $116,000 scholarship. Natalie Cruz was also awarded an $80,000 Baylor Presidential Gold Scholarship.

Salutatorian Sarah Harper received a $104,000 scholarship from her choice school, Austin College. Other awards for Harper were also named.

Other awards and scholarships can be seen in the video below.