Union Grove won their Area series with the North Hopkins’ baseball team taking a pair of games, 4-2 and 4-1 at Mesquite’s Tillery Field Friday.

In game one Union Grove led all the way and held off the Panthers, 4-2. Union Grove outhit the Panthers six to four. Wyatt Wharton took the pitching loss going five and two-thirds innings allowing four hits and three runs with only two runs earned. Wharton also struck out four and walked six. Senior Chase Williams went the final inning and a third allowing two hits and an earned run while striking out three and walking one. Victor Rojo had the only RBI for the Panthers. Rojo, Wyatt, Wharton and Williams had the Panthers hits. The Panthers stole four bases.

The Panthers lost game two in heartbreaking fashion. The game was scoreless going into the bottom of the sixth when Union Grove scored four runs. The Panthers could manage to get only one of them back in the top of the seventh. Wyatt pitched all six innings allowing five hits and four earned runs. Wyatt also struck out three and walked one. The Panthers outhit Union Grove six to five. Williams was 3 for 3 with a stolen base. Wharton, Brycen Gillespie and Jessie Rivera all had one hit apiece. Both teams committed two errors.

After the games, North Hopkins Head Baseball Coach Tim Henderson issued a statement saying his team played good baseball Friday while adding it just wasn’t their day. He complimented Union Grove for executing their offense and for getting timely hits when they needed them. Coach Henderson said he could not be prouder of his boys for competing until the very end. He said the day had a wild finish. Coach Henderson noted his team was district champs for the second year in a row, was bi-district champs and compiled a season record of 17-9-1, which ties his personal best for wins in a season. 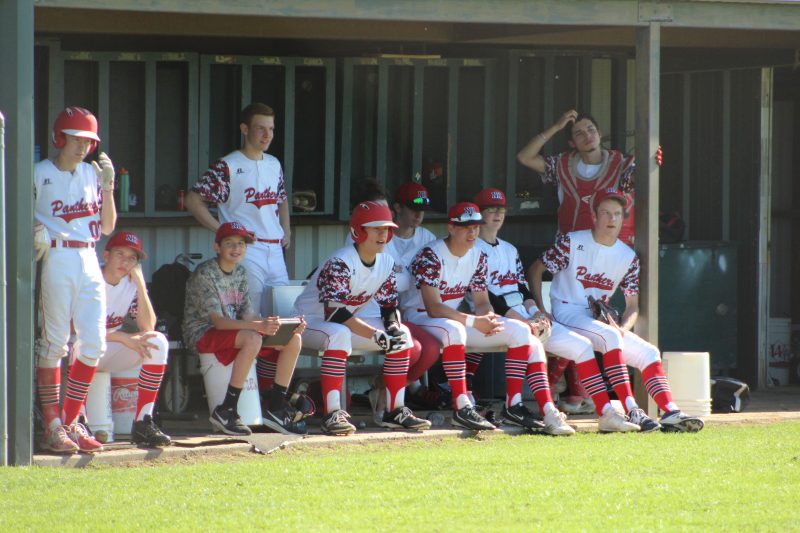