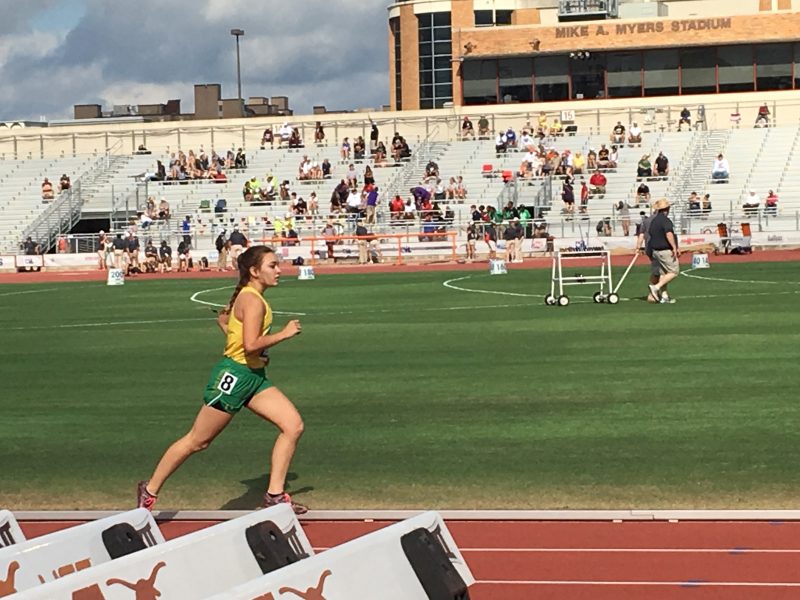 Jorja Bessonett won the State Champion in the 3200 meter run.  Athletic Director and Principal Gary Billingsly described her race. “She ran the first 3 laps where we wanted but really struggled laps 5-7. That allowed the next three girls to stay on the race and eventually catch her. With 100 left she got passed by the Harris girl and cut off. Jorja had to make a move to the outside then to regain the lead.  The move to get back in front was great. She is a strong runner and it showed. She was far from her best time this year but she is a state champion. We talk a lot about times not mattering when you get down here. It is just about racing and performing. So we will learn from this race and focus on the next one.” 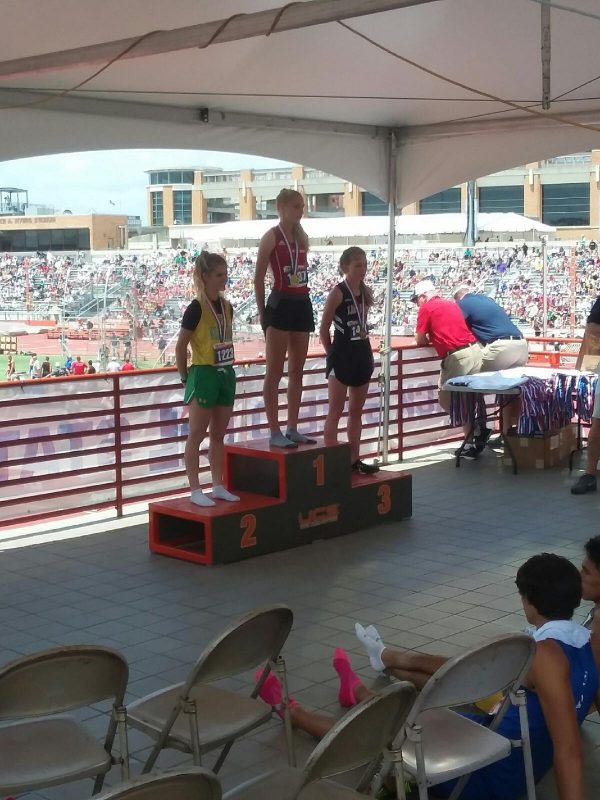 Cassidy Seaney (on left in picture) finished 2nd in the 800.  Billingsly said, “This race went almost just as we had planned.  We knew the girl from Garden City was going to lead just like she did last year.  Cassidy did what she was supposed to and ran a great race.  I am proud of her effort.  Jorja Bessonett finished 2nd in the 1600.  Jorja had a good showing at the meet.  She never got on her splits for this race and hung on to get second.  She has had an incredible year winning two individual state championships. “
Albert Serrano finished 5th in the 1600 and 6th in the 800.  Billingsly noted, “The state meet did not go as we had hoped for him but it is a great accomplishment to reach the state meet in three individual events.  Albert has competed in six individual events at the state meet in his career.  He has been a model athlete for us and I am proud of all of his accomplishments.”
Kobe Robertson finished 6th in the 1600.  Kobe ran a Personal Record.  Regaring Robertson, Billingsly stated, “Kobe always competes and pushes himself.  With some more mileage under him it will be fun to watch his improvements. “
“We are proud of all four of these athletes,” said Billingsly.  “They have been working hard no matter the conditions outside and have represented Miller Grove well.”