Wildcats Baseball Coach Jerrod Hammack finally decided that there was no way Wildcat Park would be able to host bi-district baseball games against Wylie East on Friday or Saturday. His quest for a dry field led him to McKinney Boyd. The Wildcats bi-district series will resume there Saturday at 1 p.m. with game two of the best two out of three series.

The Raiders lead the series 1 game to zero after a home win over the Wildcats, 9-3 Wednesday night. If a third game is needed, it will begin 30 minutes after the conclusion of Saturday’s game two. Ryan Humphries, the Wildcats ace, will pitch for the Wildcats. He is well rested having last pitched on Friday, April 27. The Wildcats have a current season record of 16-13. 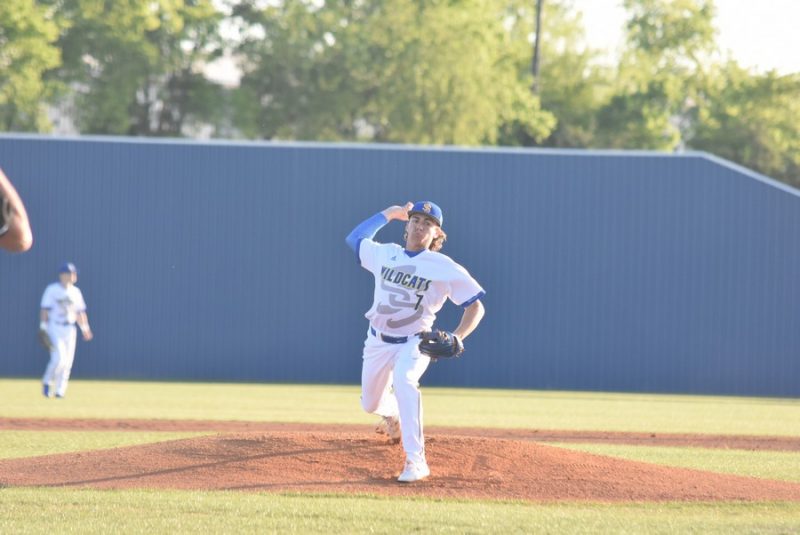