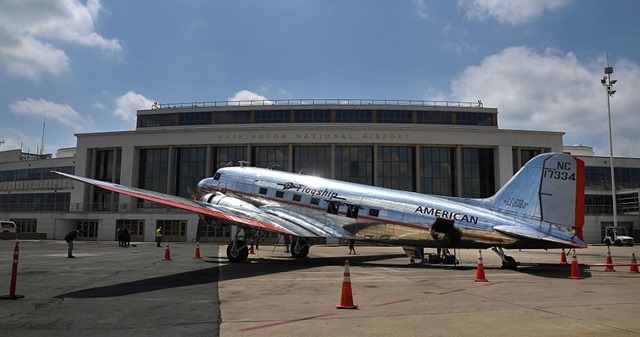 The Douglas DC-3, which made air travel popular and airline profits possible, is universally recognized as the greatest airplane of its time. Some would argue that it is the greatest of all time.

The first DC-3 built was the Douglas Sleeper Transport — also known as Skysleepers by airline customers — and it was the height of luxury. Fourteen plush seats in four main compartments could be folded in pairs to form seven berths, while seven more folded down from the cabin ceiling. The plane could accommodate 14 overnight passengers or 28 for shorter daytime flights. The first was delivered to American Airlines in June 1936, followed two months later by the first standard 21-passenger DC-3. By 1939, more than 90 percent of the nation’s airline passengers were flying on DC-2s and DC-3s.

But really the basic DC-3/C-47 configuration was so good it needed little improvement. Its two Pratt & Whitney R-1830 Twin Wasp 14-cylinder radial engines produce 1200 hp each, providing thrust enough to lift 20-plus passengers and baggage or a 6,000-plus pound cargo load. Cruising at 160 to 180 mph, the DC-3 can fly about 1,600 miles, land in less than 3,000 feet, and take off again in less than 1,000 feet. Its low-speed handling and toughness made it the go-to airplane for a myriad of jobs including military special operations. 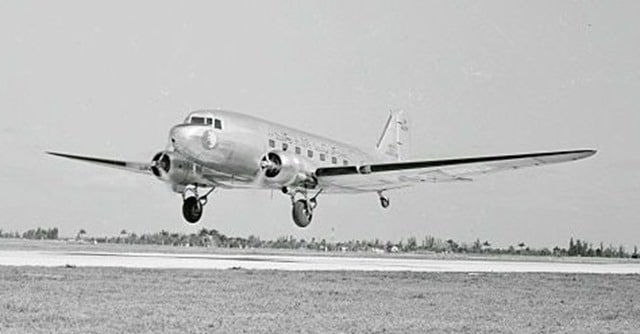 The onset of WWII saw the last civilian DC-3s built in early 1943. Most were pressed into military service, and the C-47 (or Navy R4D) began rolling out of the company’s Long Beach plant in huge numbers (10,174 were produced as C-47 military transports during World War II). It differed from the DC-3 in many ways, including the addition of a cargo door and strengthened floor, a shortened tail cone for glider-towing shackles, and a hoist attachment. In 1944, the Army Air Corps converted a DC-3 into a glider (XCG-17), and it significantly outperformed the gliders towed by C-47s on D-Day. C-47s served in every theater.

That included going back to war. In response to increased attacks by Viet Cong on rural South Vietnamese outposts in Vietnam in 1963, American Air Commandos began assisting the defense of small villages at night by using their C-47 transport aircraft to fly in circles and drop illumination flares, exposing attackers to the defending troops. The practice inspired the idea of fitting the C-47s with firepower and ultimately an Air Force effort called Project Gunship I.

The Air Force modified several C-47s by mounting three 7.62 mm General Electric miniguns to fire through two rear window openings and the side cargo door, all on the left side of the aircraft. A gunsight was mounted in the left cockpit window. Orbiting a target at 3,000 feet and 140 mph, the modified “AC-47” could put a bullet into every square yard of a football field-sized target in three seconds.

James Bond piloted a Douglas DC-3 airliner. Indiana Jones hopped a ride on one for his last crusade. This aviation icon even stars in a reality TV show.
Almost 80 years after its introduction, a few hundred DC-3s are estimated to still be flying worldwide. That’s kind of unbelievable in an age when dozens of younger types of airliners have already retired to aviation boneyards.

Ric Hallquist, a longtime pilot for Missionary Flights International flies DC-3s loaded with cargo or passengers from South Florida to the Caribbean three times per week. In addition to passengers, Hallquist and his co-pilots have hauled horses, ATVs and pretty much any legal cargo they can fit through the aircraft door.
The Gooney Bird’s rugged landing gear with its big struts can handle rough runways in places like Haiti or the Dominican Republic, Hallquist says.

The oldest DC-3 still flying is the original American Airlines Flagship Detroit (c/n 1920, the 43rd aircraft off the Santa Monica production line and delivered on March 2, 1937, which can be seen at airshows around the United States and is owned and operated by the nonprofit Flagship Detroit Foundation.

There are thousands of stories about the DC 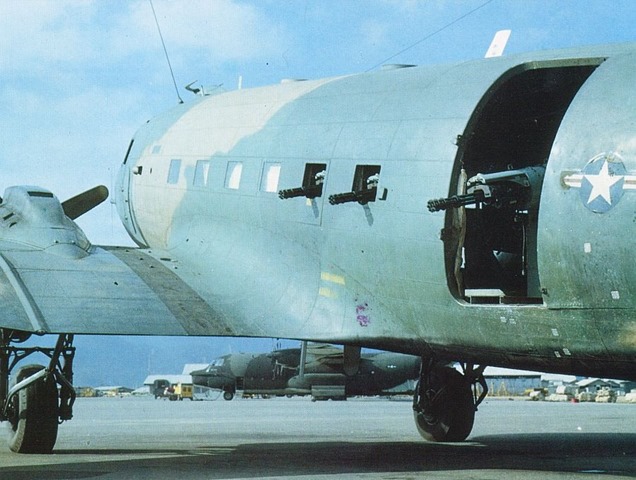 -3. From “Gooney Bird” and “Dumbo” to “Spooky” and “Puff The Magic Dragon,” at least two dozen nicknames testify to its versatility and ruggedness. More than 16,000 DC-3s and military version C-47s were built in 50-plus variants. More than 300 are still flying today.