Wildcats Tennis Coach Tony Martinez said he has slept very well the past two nights thinking about the good, young players he has for the next few seasons. A lot of them had good moments during the District Tennis Tournament played in Texarkana on Wednesday and Thursday. Coach Martinez said his whole entire team, competed and he added he was happy with them.

The highlight of the tournament for the Wildcats was senior Alex Benitez making it all the way to the boys singles final and earning a place at the Regional Tournament. Benitez lost 6-0, 6-2 to the #1 boys’ player at Texas High on Thursday. Wildcats players last went to the Regional Tournament in 2006. A boy has not played there in perhaps 20 years.

Coach Martinez said he is losing two seniors off of this year’s team: Benitez and Jazzmin Cruz. Cruz played with Jonah Kirkpatrick in mixed doubles at the district tournament. Kirkpatrick is expected to return and he’s one of the reasons Coach Martinez has had pleasant dreams. Chase Crouch and Zoe Wilson are also expected to return as seniors. Youngsters Logan Schumacher and Jordan Gonzales made the consolation finals at the district tournament. Wilson and Harleigh Stegient also made the consolation finals. Stegient suffered an ankle injury during the match but refused to yield to the pain and finished the match. She was on crutches the next day.

Coach Martinez said he senses a new attitude from his team as they want to improve their games to be more competitive in matches. 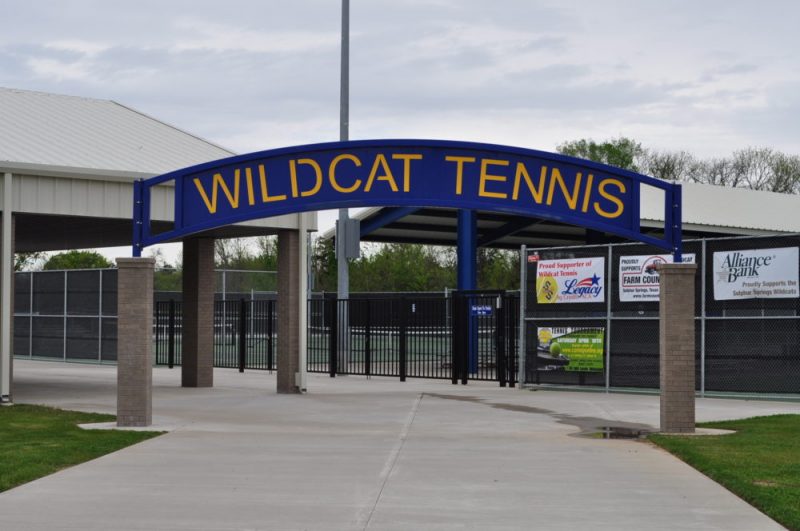