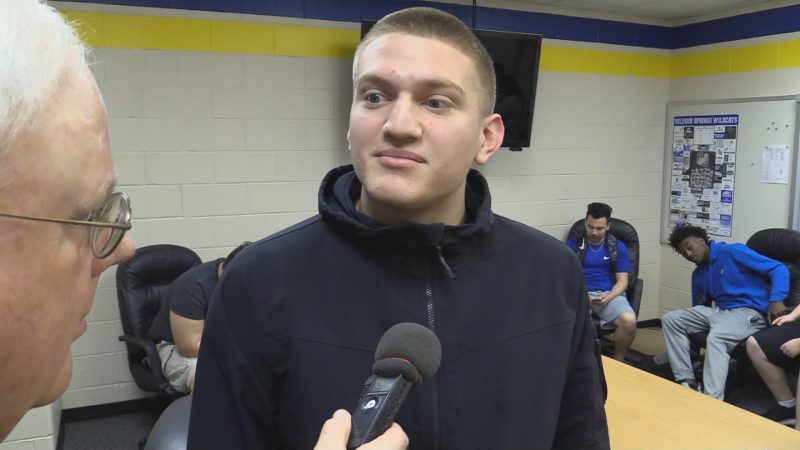 After a while, Wildcats senior defensive lineman Vuk Susic began to feel he would not be hearing from any colleges interested in him as a college player. Then one day he heard from Northern Illinois and also from East Texas Baptist University in Marshall.

Susic decided to visit ETBU in Marshall and he said he liked the Marshall campus. Wednesday Susic announced that he would be going to ETBU to play college football. Susic said ETBU plays a 4-3 defense and they want him to play inside on the defensive line. They would like Susic to put on 15 or 20 pounds during his freshman year. He is currently at 6-foot-3 and 230 pounds.

Susic said he likes the fact that East Texas Baptist University is fairly close to home. He plans to major in business. Susic played some on the offensive line for the Wildcats but he said he prefers defense.

Wildcats Football Coach Greg Owens called Susic an outstanding young man who he really enjoyed coaching. Coach Owens added Susic was a hard worker who was coachable and who had a great attitude. Coach Owens said Susic learned the Sulphur Springs system in a short period of time and continued to get better every week.